Are all your friends married? Have you dated a Republican? It might be time to get the heck out.

Whether you just moved to Washington, D.C., or you're a lifer, the city of Northern charm and Southern efficiency presents its own special dating challenges.

You may find more guys wanting to settle down than in, say, New York, but not before they pick your brain on the fine points of health care policy, not to mention pinpoint exactly where you fit in on the political spectrum. All while probably wearing salmon shorts.

If that sounds familiar, read on for more ways to know you've been dating in D.C. for too long.

1. All your friends are married and or/have babies.
And they've all left the city proper for places like Clarendon in Northern Virginia (#boring), and they never want to go out anymore. You're the resident old man/woman in your Columbia Heights group house and you're loving it ... except when it makes you weep that they're all 10 years younger than you.

2. This is a completely acceptable look for a guy.
Especially if you're out to dinner in Georgetown.

3. You avoid Adams Morgan on a weekend night like the plague.
Unless you just had a bad date. In which case you book it to 18th Street, do some jello shots at Millie & Al's, and your night ends in Jumbo slice and tears. But at least Jumbo slice.

4. You've dated every political affiliation, religion and nationality there is.
You swore you'd never date a Republican but ... check. And then there was that cute foreign exchange grad student from Pakistan. And the Saudi with the BMW. D.C. does not lack in rich, loaded people, and you always learn a lot -- until their visa expires and they have to go back to their country.

5. If your date hasn't read certain books, it's an immediate dealbreaker.

6. You keep seeing people you know, and/or people you've dated, on Washington Post's Date Lab.
D.C. is relatively tiny and lots of people there like to see their names in print. So chances are you, your coworker's sister's sorority sister, or that guy you went on three dates with a year ago who mysteriously disappeared, is going to end up in the WaPo's always-entertaining singles matchmaking section. And you'll either cackle about it with your coworkers or die a little bit on the inside.

7. Politics is topic #1 on a date.
People on Date Lab (and in real life) say stuff like: "I was walking on eggshells because it was clear early on that we were on different sides of the political spectrum."

9. You've told your date (or a date has told you) that a piece of information is "off the record."
Or your date didn't reveal the details of his top-secret job until you got to know each other better. Maybe you've been dating for years, but you still don't know.

10. First date with someone you barely know? "Let's just meet at Kramer's." 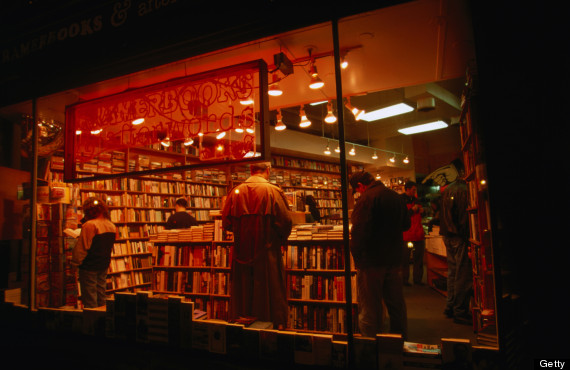 YourTango is a digital media company dedicated to love and relationships. No matter what lovestage our users are in -- single, taken, engaged, married, starting over, or complicated--we help them live their best love lives.

31 Funny Love Quotes From Comedians Who Totally Get You

10 Dating Tips I Wish I'd Followed While I Was Single