Now that I've accepted the fact that age doesn't matter all that much after 40 in terms of who one hooks up with, I've been getting in shape for that inevitable moment when someone walks into my life who is five, 10, even 15 years younger than me. (Maybe 20 years but admittedly that's a big stretch.) At some point once we meet, get to know one another and decide we are going to take it to the next level, I will have to remove my clothes. This will equate to either a long, slow look of drinking me in with satisfaction and approval, or that sudden wincing a guy tries to hide when he realizes my face looks five, 10, 15 years younger than my body. I live in abject fear of that humiliation and therefore I have begun a torturous exercise routine in which I stand at a ballet bar and stretch muscles I never knew existed with women who are young enough to be my granddaughters.

The stretching at the bar is also accompanied by bending, standing on one's toes, painful repetitive up and down muscle movements and things we do with red balls between our legs and rubber bands strapped around our thighs. The latter sounds like something kinky but only if you are into S&M, which I'm not because, frankly, I don't like pain. But I'm filled with pride and ego, so I'll submit myself to this routine four to five times a week now because at night when I'm fantasizing about Mr. YoungerandCuteGuy, a favorite Lucille Clifton poem comes to mind about hips that "can put a spell on a man and spin him like a top." I used to be able to do that, right?

Of course it's not all about the body. Tight thighs and firm buttocks go only so far after 50. (I like to fantasize I will one day have these again although the reality of this is I would have to work out 18 hours a day seven days a week for perhaps 14 years for this to happen.) No, it's also about my mind, a mind that remains a mystery even to me. How will my mind seduce and spin a man around? To figure this out I return to movies because what could be more real than a film? What, for example, would Mrs. Robinson from The Graduate have done in today's world to capture her paramour Benjamin? I don't think sitting at a bar stool and crossing her legs would be quite enough, do you?

I think Mrs. R. would have used the Internet for some research and perhaps found a site called DateHookUp.com. Sounds serious, doesn't it? One young man calling himself Xanaxx (with 2 Xs, please note) was kind enough to list his requirements for a woman over... Am I reading this right? Wait a minute let me get my reading glasses. A woman over... THIRTY-THREE?

Mrs. Robinson would never do such things. I, on the other hand, draw the line at making him pancakes. Wheat is bad for you.

It appears that everyone else on DateHookUp.com that had something to say are actually older women who like to describe themselves as MILFs. I'm not a mother. What can I say?

I guess whoever this guy is he'll see something special in me after my clothes are lying rumpled on the floor and my over 50 body is just as it is, healthy, alive, intelligent, gutsy, pretty and funny.
He'll hopefully still have an old fashioned... What's it called? It's right on the tip of my tongue... Wait a minute... Let me just get my reading glasses again... Oh yeah, a woody! (Do they still call it that? Or is it something cyber now?)

Any way I better get back to the gym so my muscles can spasm and tremble. So I'll be ready for him when he comes cause I know he's out there. And he's looking. Right?

Between The Sheets With Younger Men: Are You Ready?
Cougar Cruises And Events 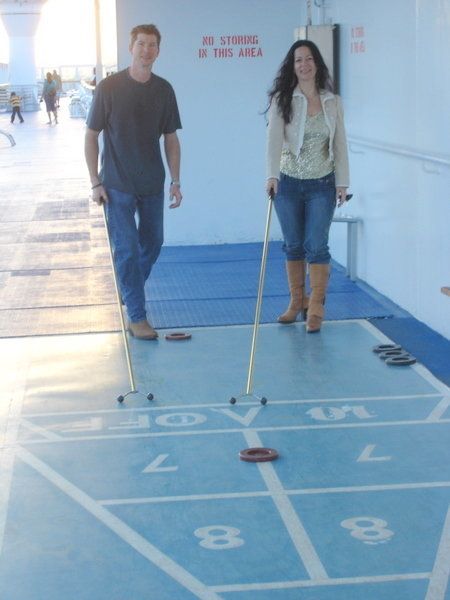