My most recent posting elicited more than a few comments, many of them predictably harshly critical of me for dating so much and being "committed to being uncommitted."

I've learned some things during my over 50 dating years, and hope some of those lessons are of help to people my age -- men AND women (and yes, next column will be advice for women, as foolish as that may seem to some readers coming from such an uncommitted cad as I).

Most of the critical comments zeroed in on how many dates I've had and not on the fact that I was being quite critical of men who are selfish and egotistical and not appreciative of women. The numbers seemed to offend people. The advice got lost in the shuffle. Too bad.

A little background on why I've gone on so many dates might help. I got divorced 20 years ago and after a three-year, three-state child custody battle that cost more -- financially and emotionally -- than one can imagine, I got sole custody of my then 11- and 8-year-old children. For those who are interested, I wrote about it for Parents Magazine.

For five years, I didn't go on a date. Not one. I was busy raising these fabulous kids (the best thing I've ever done) and laser-focused on that and only that. 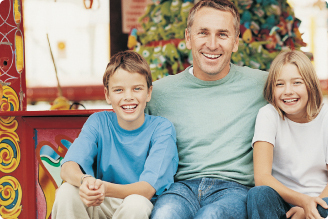 When I finally started to date because I felt that at 16 and 13 the kids were old enough to deal with it, I put a toe in the water. I soon got engaged and lived with a woman for a year. It didn't work out. Relationships often don't work out. That's why there's so many successful dating websites!

After the engagement broke off, yes, I dated. Since then I've had one five-year relationship, and a handful of shorter ones. Talk to your over-50 friends. That's pretty much the norm. I've been married, engaged, and in a few long relationships. If that's being committed to being uncommitted, well then, I am guilty.

And yes, I discovered along the way that I love meeting new people, I love hearing life stories, I love women (I knew that before turning 50). I can hear the knee-jerk chorus: "No man who dates a lot loves women." Well, I do.

But as importantly, I appreciate what mature women have dealt with. As a single dad, and I mean a really single dad -- no child support, no au pairs (the whole concept of which is bizarre to me, and I couldn't afford a babysitter, much less an au pair!) -- I genuinely empathize with older women who feel they have being rowing the boat alone.

I know what it's like to raise kids alone, I know that these women have sacrificed professional lives and friendships and social and financial benefits others have enjoyed.

And yes. I like dating. Not because of some numbers game. I mentioned the numbers because if I said I've had 75 dates with 25 women over the years, the response justifiably would be, "Hey, who hasn't?"

I like it for the same reason I have gone down many professional paths. Life is short. I don't know that doing one thing for years or being with one person for years is necessarily for everyone.

It is an exciting time to be in America. You can have a relationship with anyone you want and (most) people are fine with that. You can be LGB or T. That's great, in my opinion.

The one thing you can't be, however, is single. This is especially true of people over 50. We're not supposed to want to grow old alone. We're certainly not supposed to say it out loud. 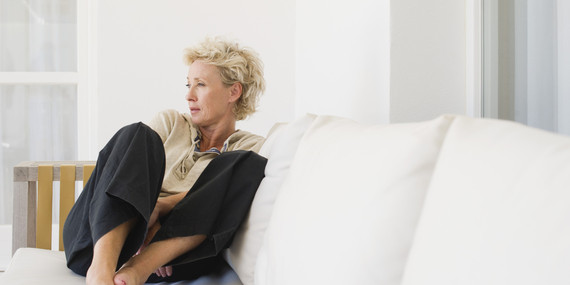 We're supposed to admire couples that have been together, for many years. But why? Simply for spending many, many years together? If they're happy, I'm glad for them. But why is a long relationship automatically worthy of admiration?

After all, the vast majority of men and women on these dating sites had been in long-term marriages. Those that didn't work out? Are they failures?

We used to aspire to and admire people who spent decades at one company until we realized that such a career might signal stagnancy more than achievement, and that such loyalty was rarely rewarded by their employers.

If you're "alone," you must be either a social pariah, (Ted Kaczynski, the Unabomber), or terribly, terribly pathetic and sad and unable to maintain a relationship.

People over 50 seem to understand the need for private time, but are baffled by the concept that someone wouldn't want to be in a relationship. If I find that one person, great. If I don't, that's okay, too. Not everyone has to be paired up to be happy. There. I said it out loud.