It doesn't matter if you're on date three or 343 -- your answers to these can help you assess your relationship and get in touch with what you both really want.

In the getting-to-know-you phase, when we're presenting the very best, borderline-Stepford-wife version of ourselves, there are certain things we hold back. They're our things -- anything from resisting the urge to adjust his collar, because the little way it flips up at the back taunts your inner desire for orderliness, to the fact that your guilty pleasure is reading bodice-ripping romance novels -- the campier, the better -- and you dream of writing your own someday.

Not talking about that part of you is like trying to hold a beach ball under water -- it's manageable for a while, sure; but eventually, it bursts to the surface. And occasionally, it pops you in the face. Your partner doesn't have to love it (or even get it, really), but if you're interested in this thing going farther, he deserves the chance to know that it's part of who you are. After all, if he's worthy of your time, he's worthy of your crazy.

No matter whether you're in a serious relationship or seriously dating around, almost every woman has done the baby math: If I got married two years from now, and waited a year to get past the honeymoon phase, what are my chances of getting pregnant? Or, "If I met someone great on my next date …" The questions (and calculations) go on and on, all tinged with a lingering concern that our time may be running out.

If you do want a child at some point, you can't help but put thought into this question; but when you do, make sure you're armed with the latest information. Recent reports show that your chances of fertility after age 35 might not drop as dramatically as initially thought. (Though it's worth noting that the chance of a miscarriage increases significantly: 15 percent of women ages 20 to 34 experience one, and that figure climbs to 27 percent for women 35 to 39 years old, and hovers at 26 percent for those 40 to 44, according to the National Vital Statistics report in The Atlantic.) At a time when everyone has an opinion about when you should -- or shouldn't -- have kids, it's important to know the facts. And know that the only opinions that matter are yours and your partner's.

3. Do I Not Want What I Thought I Wanted?

On the days when you leave work fuming, you and your boyfriend love talking about moving to the Midwest and starting an organic garden, leaving all of the city's traffic jams and your office's insufferable meetings-upon-meetings behind. Except now that your partner's looking at real estate listings and it's dawned on you that your days of eating egg sandwiches at the corner deli are numbered, you're starting to realize how much you hate weeding. And how much you love being an hour's drive from the ocean.

Letting go of your own dream can be crushing; letting go of a shared dream can be downright devastating, especially if you see that your partner is still gung ho on it. This is not going to be a fun conversation, but it's possible he would be open to a compromise. Maybe you can move to the suburbs, where you can have a garden and remain just a few hours from the beach. Maybe you agree to move West for a few years, and set up a vacation budget for the occasional long weekend near the shoreline. There are a million maybes that may just work.

And there are a few that might not work at all. It could dawn on you that your cold feet have nothing to do with the dream -- and everything to do with the person who comes along with it. Instead of moving together, one of you may be moving out, or moving forward, solo.

4. Is This The Person I Want By My Side As We Fight To Stave Off The Zombie Apocalypse?

Okay, so hopefully you won't ever battle for your life World War Z-style, but (and this is a corollary to the above question) when things seem like they can't get any worse -- and then your car breaks down in the middle of a rainstorm while you're blocking an intersection -- who would you want to be there with you? Not a perfect clone of Brad Pitt, per se, but someone who's ready and willing to see you at your screaming, ugly-crying worst -- and vice versa.

Now is the time to climb a ladder of why's, as in: Why do I feel like I can't trust him or her to be there for me? Maybe your climb stops there, with "because it's date No. 3 and the most you can trust someone to do at that point is watch your purse while you're in the bathroom at Starbucks." Or maybe it leads to something like: "Because he's always texting his co-workers," which leads to: So why does that worry me? "Because my ex always chatted with his co-worker Lisa, and now they're dating -- oh."

You may find it's not so much about the other person as it is the ghosts of unreliable exes past. So maybe you start with small acts of trust -- like asking your partner to pick up a prescription because you can't get off work before the pharmacy closes -- that can make you feel as if you can count on him to help tackle anything (the rise of the undead included).

As quickly as this question comes to mind, we're likely to bat it away, because after a few too many nice-but-not-right dates, it's easy for another, more insidious fear to slither in along with it: the one about being unlovable, unmatchable, destined to be the quirky sidekick in somebody else's romcom.

The key to getting out of the rut -- bear with our mushiness here, please -- can be focusing on you. Not in a tour-the-world Eat, Pray, Love sort of way, but in a figure-out-what-you-love-to-do-and-do-it way. Martha Beck compares each of us to a bell curve: "The skinnier, upper end represents your greatest gifts, the areas where you are most talented and extraordinary. The few people who share your most exceptional characteristics are your tribe, the population that is most likely to contain your heart's partner."

The more you tap into those traits, the more likely you are to meet someone who restores your faith in what's out there. After all, before Zooey Deschanel's "adorkable" qualities made her the "New Girl," she was the eccentric sidekick to Jennifer Aniston in "The Good Girl."

In a way, this is one of the happier questions to be faced with -- after all, it only comes up when there's someone with true potential around. It's also one of the cloudier, since it requires you to define what you mean by "real." It can also be Whitmanesque, containing multitudes of other, smaller questions, like "Are we going to get married someday?", "Is this really going to last?" and "Am I settling just to settle down?"

The "real thing" can feel vague and unquantifiable at first, but when you whittle away to what you're really asking -- or maybe by going through some of the previous questions -- this one often answers itself.

Earlier on HuffPost OWN: 6 Signs Your Partner Is Secretly Unhappy in Your Relationship 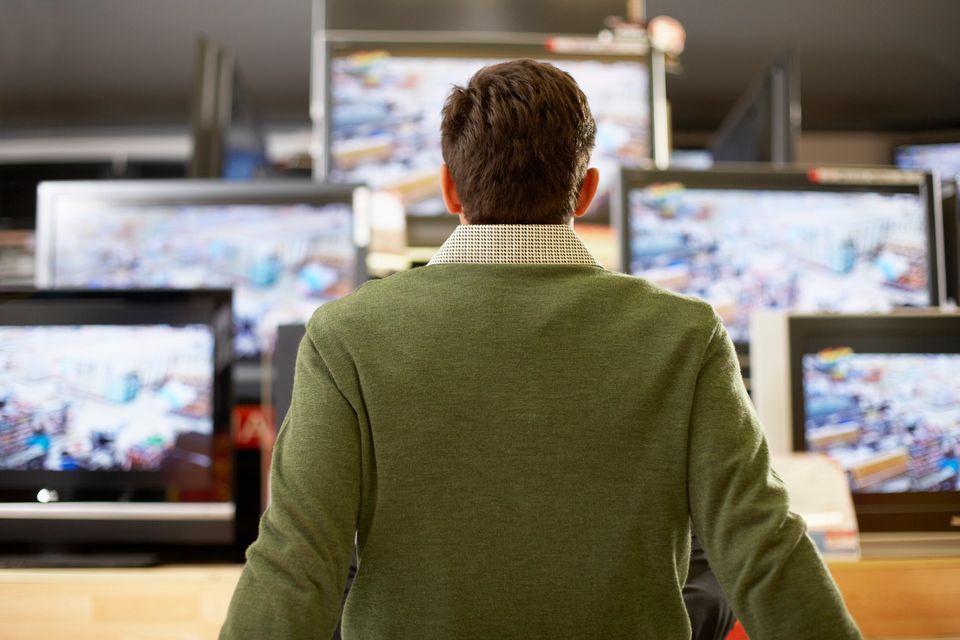