A few months ago, I was on a "dating over 50" panel intended to offer male perspectives to an entirely female audience.

The hostess, a "dating coach," invited three men -- the boyfriend of a friend of hers, the man she was dating at the time, and me -- to impart our experiences and advice. The boyfriend of her friend seemed a little shy and seemed not to want to be there, and his advice was bland but fine.

I tend to be pretty direct, and believe if women want the male perspective, I should offer it warts and all. I wasn't harsh or negative, but I shared my opinions frankly. Foolishly, I figured that's what they wanted.

The guy the hostess was dating at the time was ripped from the pages of "Sensitive Over 50 Guys in the 21st Century." He was fawning, gushing, practically springing leaks -- all his advice and anecdotes were sandwiched between ravings about how wonderful his girlfriend (the hostess) was.

It was such an over-the-top performance that I was genuinely physically uncomfortable each time he spoke. If I had been wired, I'm sure my blood pressure would have been shown to spike every time he opened his mouth.

The women, however, loved him. 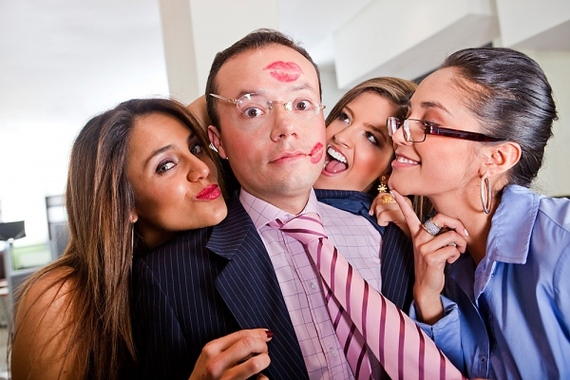 They almost literally swooned at the guy's lavish praise for his main squeeze. His comments about dating weren't exactly bolts of wisdom worthy of interrupting our regularly scheduled programming, but they were okay, pretty much what one would predict from a guy so clearly eager to score points -- and perhaps dates -- from his listeners.

And of course, the dating coach/hostess/girlfriend lapped it up. If it were possible, her head would have spun around with giddy glee.

About three weeks later, I called the dating coach hostess on a business matter. I asked her how the boyfriend was doing.

Well, he was no longer the boyfriend. Gone. Why? I asked, 95 percent sure of the answer. He turned out not to be so sensitive but rather a "narcissist" -- her word. Unsupportive. Selfish.

No! What a shock. I could have told you this eventual outcome just listening to his Ode to My Amazing Girlfriend yammering on the panel.

I get that, and I accept it. That's his schtick, his way of getting over. Lather on the praise to the point of suffocation and chances are most people are left too breathless to wonder what it really says about the one doing the praising.

So I don't blame him for laying it on thick.

But I do blame the gullible women in the audience for buying the snake oil, and especially his then-girlfriend -- a 'dating coach," remember? -- for being taken in by this BS.

So what? Who cares? Well here's so what.

Women over 50 ought to know better. One would think they would be able to distinguish between unbridled bullshit and expressions of love and affection after five-plus decades, and even be able to see those not-so-hidden traces of narcissism in that behavior.

Maybe not. I certainly can be charming when I want to be, but I lose points for being, as I said, direct. I think it's important to be diplomatic and positive when offering advice, but I think we learn the most when that advice is also honest and helpful even if it may not be what we want to hear. Turns out I may well be wrong about that.

The hostess' Mr. Sensitivity turned out to be the exact opposite of what he appeared to be. It reminded me of a college roommate who used to claim he never put anyone down but was in fact one of the meanest people I've ever known.

But again, I'm not concerned about one narcissistic guy pretending to be something he isn't. I'm not a dating coach, but as someone who has dated a bunch, I do feel a commitment to urge women -- especially mature women -- not to be so easily taken in. 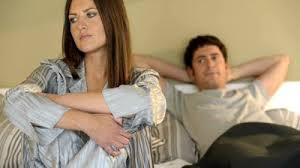 To these blushing women, Mr. Sensitivity was the guy they dreamed about. Except he wasn't. He may have been the guy HE dreamed about!

I'll take the hit with women over 50 if I dare to be direct and warn them that the charmer who is telling them how wonderful they are today may be unsupportive, selfish and gone tomorrow.

I just didn't think women over 50 still needed that reminder.