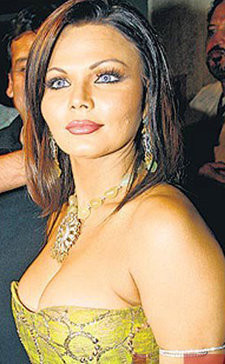 One thing different about dating as an adult, as opposed to dating back in high school or college, is that certain painful economic realities kick in. One in particular has reared its ugly head recently for me -- and that is the hard realization that there are certain women who, no matter how much we have in common, no matter how good our chemistry, no matter how right we seem for each other -- are simply out of my economic league. In short, I can't afford them. And it's never me who makes that determination -- they do.

When looking for a romantic relationship, I generally look for someone with similar values, interests, personality, temperament, sense of humor, background, etc. I generally don't check for a gold card when I'm searching for a soul mate. Yet it has become painfully clear to me that some people do.

Granted, this doesn't apply to all women. I've dated and had relationships with women who earned far more than I do, and it didn't matter to them -- just as it never matters to me what a woman's income is. Still, it's a pail of cold water in the face when the cash factor destroys a promising potential relationship, as it did recently for me.

I arrived to meet Sandy at her house. Her big, expensive house. In a lovely, upscale neighborhood. Inside it was like an art museum.

Let me backtrack for a moment now. Normally, I might have been intimidated or had thoughts that a woman living in a house like this would never go for a lowly apartment-dwelling, Honda Accord-driving creature like myself. But I had screened her dating profile, drawing a blank at finding any of the telltale phrases women use to convey a lust for money: "high-maintenance," "fine dining," "frequent travel to exotic locales," "enjoy being spoiled," etc. Sandy's profile seemed down to earth. And our phone and e-mail chemistry was great.

So, back to the house. I momentarily forgot about the surroundings, because it soon became obvious that we had incredible, instantaneous chemistry. We were kissing within 20 minutes of my arrival. We held hands and walked arm-in-arm to get some brunch. And the talk was good, and telling.

Sandy told me about her wealthy ex-husband with whom she had very little romance. She described a succession of men she dated who had lots of money and took her to all kinds of fancy places, even to Europe. I started feeling a little uncomfortable, trying to imagine her reaction down the line when I suggested Santa Barbara as the exotic locale I could afford for a romantic getaway.

I was upfront with her, telling her that I couldn't provide that kind of lifestyle. I live simply. I go to inexpensive ethnic restaurants. I use grocery coupons. Sandy put me at ease. She said that those wealthy guys she dated didn't have a clue about relating to women. Most were overly consumed with their business dealings. She said she'd rather hang out in a small apartment with someone with whom she felt a genuine connection than be in Paris with someone not fully there for her.

As we walked back to her place, I remember thinking that there are certain times in life when everything seems perfect. And walking arm in arm with this beautiful woman who really seemed to "get it" as far as what was important, this was one of those times. The joy of that thought kept me floating on air for a full day -- until Sandy called to let me know that, on second thought, our "lifestyle differences" were something she felt would keep us from being truly compatible.

The Beatles sang "I don't care too much for money, money can't buy me love." But in today's dating universe, the lack of it can torpedo your chance for romance. But I'm sticking with the Beatles. If I can find someone who adores me, that's as good as gold.