I'm 45. I've been through two unsuccessful marriages. I drive a red Camaro. I guess you can say I'm in the throes of a major midlife crisis. I've been checking a lot of things off of my bucket list. One of them was to try my hand at stand-up comedy. The first thing you learn in Stand-up 101 is "write what you know." I've had a lot of life experiences one could label as interesting, but my current dating situation is certainly fodder for comedy -- and maybe it shouldn't be. 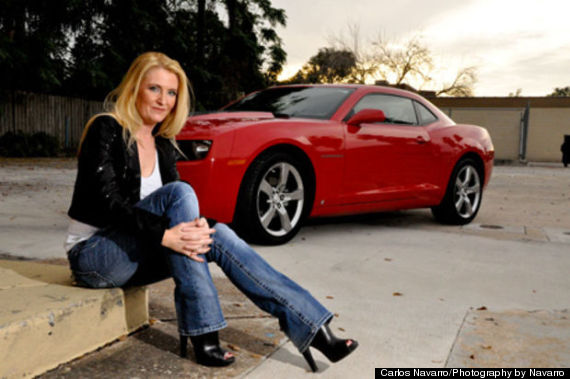 A 40-something lady and her "midlife crisis mobile." Photo credit: Carlos Navarro/Photography by Navarro

In my act, I start by addressing my age, my failed marriages and the fact that I'm constantly at the hair salon and Ulta, just like Dolly Parton once famously quipped, "It takes a lot of money to look this cheap." I say that because of all of this, I'm constantly called the "c-word" -- that "c-word" being "cougar." I do really hate that word. But, when you're dating someone almost 19 years younger than you, the association is inevitably going to happen.

So, how did I end up in this situation? Well, since my divorce, my experiences in the online dating world have been pretty disastrous, to say the least. Every time I gave OKCupid a try, I specified my desired age range for a mate to be between 35 and 55 years old -- and I'd get constantly barraged with messages from enthusiastic young 20-somethings looking to be my "cub." The perception that I'm (supposedly) at my sexual peak seemed to be the prime motivation for these boys to reach out to me. Not that it was very different from the responses I got from men my age -- they were just far less eager and often downright aloof.

One guy I dated on and off I dubbed "Copperfield" (as in magician David Copperfield), as he'd disappear for weeks at a time between dates. I also had more than one man my age ask if I'd like to enter into a "friends with benefits" arrangement. No thanks. My prospects were drying up rapidly and I was getting increasingly discouraged,

I was still poking around on Tinder and Match when my best girlfriend told me about a guy. I have always been a big fan of stand-up comics. I dated one when I was in my early 20s and he's still one of my best friends. When my BFF told me the guy was a comedian -- and then sent me his picture, I was immediately interested. He did look a bit younger than me (he has what can best be described as a baby face). I asked my friend how old he was, to which she replied, "He's in his early 30s." Both my husbands were a few years younger than me, but I had never been with someone over 10 years younger than me. I had been on a few dates with 30-somethings, but nothing really came of those.

He and I met soon after and were instantly attracted. It took us a few months to actually start dating -- I was still trying to make it work with guys my own age and he had other pursuits for a while as well. I was honestly hesitant at the start -- what was I going to tell my family?

I broached the topic first with my aunt/godmother. She's younger than my mom (she's the one who introduced me to rock 'n' roll, so I figured she'd be as good a jumping-off point as any). I told her what the situation was and she helpfully boiled it down for me. She asked me, "Are you happy?" I said, "Yes I am." She countered with "Well, that's all that matters."

I still haven't told my folks, but I suspect my mom has figured it out. I'm okay with not having to discuss it further for the time being.

There are some "cultural" differences that occur when you're dating a younger guy. I was a junior in college when he was born. He's never seen "Raising Arizona" but he loves Bob Dylan and Jim Croce. He still thinks farts are a little too funny. He describes himself as an "old soul." I've taken him to social gatherings where he was one of the youngest adults there, and, thanks to his amazing sense of humor and the fact that he performs on stage in front of hundreds of strangers a week, he's blended in with flying colors.

So, we're making a go at it. The age thing doesn't really bother me. In reality, I am old enough to technically be his mother, but I still don't care. I get the occasional look -- especially when we go out for drinks and get carded (hey, at least I'm still getting carded) and I'm pretty sure more than one person thought that, with our similar hair, skin and eye colors, that we were either brother and really older sister or mom and son, but the pros far outweigh the cons in our relationship.

We have fun together. He's turned me on to some new music and I've introduced him to some "classic" movies (if you consider "Better Off Dead" a classic movie -- which you really should.) He's an amazing cook. He sends me a text or Facebook message every day. He gives great hugs. He really loves me. That's all I need.

I know I'm still going to have to defend my decision to a lot of people -- and I'm ready to do so. You only have one life and it's really short. I want to see where this goes for a while. I want to be happy. Until I'm no longer happy in this relationship (if that even happens), I'm going to enjoy every moment.

You know, I could go on and on about the whole double standard thing -- but you and I both know that's not going to change anytime soon and I feel like talking about it is just a waste of breath. I just thought sharing my story might help shatter the stereotype of the "c-word." The moral of the story: Be with whoever makes you happy. Don't worry what anyone else thinks. I sure don't. 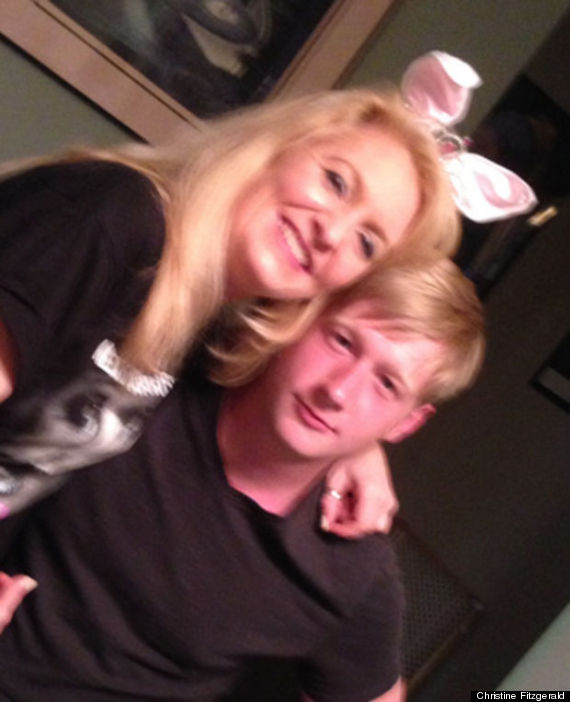