To her he seemed ten feet tall, his wavy brown hair and sparkling blue eyes made him the most handsome man in the world. He smiled a lot, which she figured must have been hard because Mom just died six months ago.

Once in the middle of the night she woke up to the sound of a movie projector. She snuck across the hall and peeked into her Daddy's room, he was watching home movies of Lucy, his wife. She'd lost her battle with cancer at the age of 29, leaving Walter with two small children, Lisa and Richard. His face was wet with tears, that's the first time his daughter ever saw him cry.

One sunny afternoon he scooped her up onto his shoulders as they walked into the ball park. She'd never been to a baseball game before but her Daddy watched them on TV and patiently taught her the rules.

The Padres had brown uniforms with a funny fat friar on them. She asked if she could have a hat; Daddy also bought her a program and taught her how to keep score. After the game she announced, "I'm going to be a baseball player when I grow up." He smiled at her and said, "then you'd better start practicing."

He went to each of her games. She was tall and skinny for her age, all knees and elbows, not much of a hitter but a pretty good first baseman. All those afternoons of playing catch in the backyard paid off. He threw hard grounders and taught her how to scoop the ball on a short hop.

As she got older, she watched football with her Dad after church. They read the Sports Page together and would discuss the local quarterback controversy. He liked Pat Haden, she liked Vince Ferragamo. He was a Rams fan and eventually his daughter became an Embraceable Ewe. For years, he went to each of her games and cheered for the cheerleader, then one day she announced, "I'm going to be a sports reporter." He smiled at her and said, "then you'd better start practicing."

Throughout her life he taught her the love for and the language of sports. While other Dad's taught their sons to throw a perfect spiral, he proudly taught his daughter.

He was not much of an athlete himself (he played a little college basketball), but he was the perfect coach; instilling confidence into a scared little girl who'd lost her mother couldn't have been easy for a young man who'd just lost his wife. But this Father is special.

Recently I picked up a book called "Reviving Ophelia- Saving the Selves of Adolescent Girls", by Mary Pipher, PhD. One of it's recurring themes is the importance of teaching your daughters about sports. Studies show that girls who are athletes are more self confident, get better grades in school, are less likely to take drugs or to have unwanted pregnancies, and tend to be happier, more productive people. My Dad never read the book, but if you ask me, he could have written it. I visited him in Huntington Beach recently, where he now lives with his new wife, Pam (they've been married twenty years). I looked at my father, his hair is now gray, but he still has those sparkling blue eyes. "What do you want to be when you grow up", he asked his grown daughter. I thought about this for a moment, and announced, "I want to be happy". He smiled at me and said, "then you'd better start practicing." 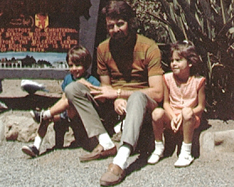 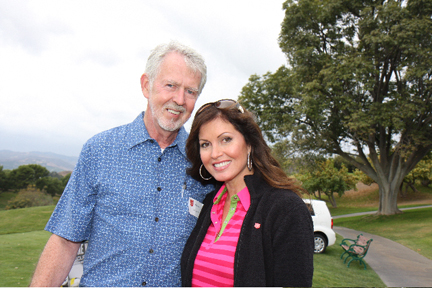 More:
healthy livingsportsdadfather's day
Newsletter Sign Up
The essential guide to taking care of your mind and body
Subscribe to HuffPost’s wellness email
Successfully Subscribed!
Wellness delivered to your inbox