As Joan Cusack famously wondered in 1997's epic tragicomedy "In & Out": Is everybody gay?

David Adjmi's "3C," now showing at the West Village's Rattlestick Playwrights Theatre through July 14, attempts to answer that and many more existential questions through his snapshot of three wayward roommates in a dingy apartment set in 1970s Santa Monica.

Anna Chlumsky, Hannah Cabell and Jake Silbermann portray charmingly naive Connie, alcoholic tomboy Linda and repressed Vietnam War veteran Brad -- drastically different but bonded by their mutual unsteadiness. The unexpected trio, who find themselves housemates after a night of heavy partying, are all searching for something, but can't quite figure out what it is.

Rounding out the cast is Bill Buell as their insufferable landlord Mr. Wicker, Kate Budekke as his lovably depressive wife, and Eddie Cahill as their flamboyant, womanizing neighbor.

At first glance, the story is a comedy, Connie and Linda bantering about men and marriage and interrupting themselves with a spontaneous outburst of disco dancing. But the play quickly takes a turn for the dark, as issues of sexuality, mental stability, suicide and the true meaning of happiness are explored through the characters' angst-ridden dialogue and emotional outbursts.

In dreaming up his tale, Adjmi imagined how Chekhov envision a classic American television comedy (drawing particular inspiration from "Three's Company"). Or as Jennifer Farrar of the Associated Press aptly observed, "If a surreal, downbeat inversion of a cheery 1970's sitcom sounds intriguing, then you and your therapist will probably want to see '3C.'"

Intriguing at the very least.

Take a look at images from "3C," directed by Jackson Gay, below. Tickets available here. 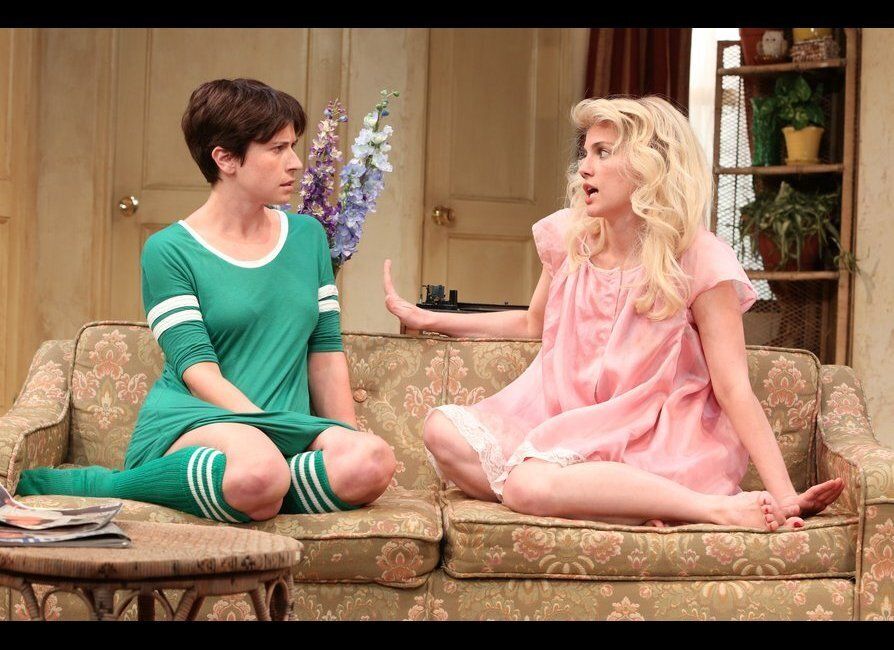