Tucked between the ever-shifting tectonic plates of New York’s bustling urban landscape on the Upper East Side, Casa de Costa is an oasis of calm: a moment in the city’s history, frozen in time. A small courtyard leads into the former carriage house’s eccentric jumble of intimately small rooms. It feels part architectural archive, part mausoleum, with a fire flickering away downstairs.

It’s a brand new location for Jason Costa’s gallery, and a suitably voyeuristic space for "The Dark Parade," an exhibition of assemblages by renowned American artist David Armstrong –- showing another side of an artist already famed for his photography. Running until late June, this display of beautiful, darkly funny and sometimes disturbing sculptures was pulled from the ephemera of David’s rich and colorful life by the gallery’s creative director, Josh McNey. They are the legacy of David’s beloved former home on Jefferson Avenue, Brooklyn.

When I spoke with David several weeks after the opening of "The Dark Parade," it’s clear that his relationship with what he has made is a tense one –- an exposed nerve-ending of doubt over the "legibility," to him, of these private creations now that they have been transposed to a public space. “They made no sense to me anymore,” he tells me at one point.

It’s a fascinating insight into a man whose sense of self is so inextricably tied to his art. But this bristling tension between private and public –- the vulnerability of self-display –- is arguably what gives the exhibition such an electric charge. In some ways, David’s current ambivalence towards these complex pieces adds yet another texture to what makes them so compelling. 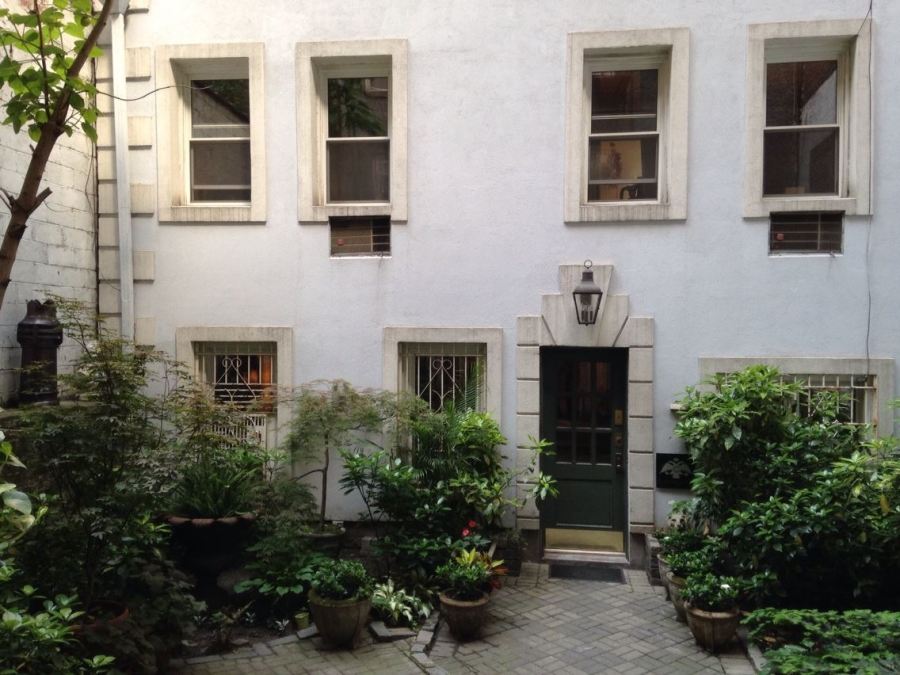 The title of the exhibition is from a line in Emily Dickinson’s poem "There’s been a Death in the Opposite House." "Parade" is about a procession of death, but there is also a sense of being "paraded" in front of people. Were you trying to achieve that dual meaning in the work?

Exactly. That’s actually so interesting, because of what I’ve started feeling. That work very specifically came out of my house on Jefferson Avenue. It was an outgrowth of that house and time spent there. And as haphazard as the pieces in the exhibition might seem, as I made them, they were not. Originally they were boxes that were quite specific, about particular people, or poetry boxes, or boxes of people that had died. They were just my own. One that’s in the show, I made as a decoration for a Christmas party. It was stuff from my house and it was fun to put it on the armature of a lamp.

People would see them over the years –- close friends –- and say, "This is so divine, you should show it." And I would say, "Well, you’re seeing it now." I’m a very secretive, mega control queen; and the fact that they weren’t nailed down, that they could move, made all the difference in the world, with so many of them. Part of it was in my mind that they could keep changing. In my mind they were finished, but I felt that I could still play around them again. I guess this whole thought process has brought me to the point that I’m at now.

One of the things I loved about the exhibition was that things felt almost too full –- there wasn’t enough space.

I did like that; it was my intention. I kind of do that with everything. And I really believe in things that happen when you’re not conscious of them. You get a certain facility with it, where you know how to use your tools. And then there comes a point – in a photo shoot, generally – where you do get lost in the taking of the pictures. And suddenly you’re looking at them and you see what’s happening. But when you deal with objects, ephemera, junk, it’s different. Those were very much worked on and they were redone. Things were taken out or added, but they always ended up over-full. They were over-ripe, like they’d gone bad. 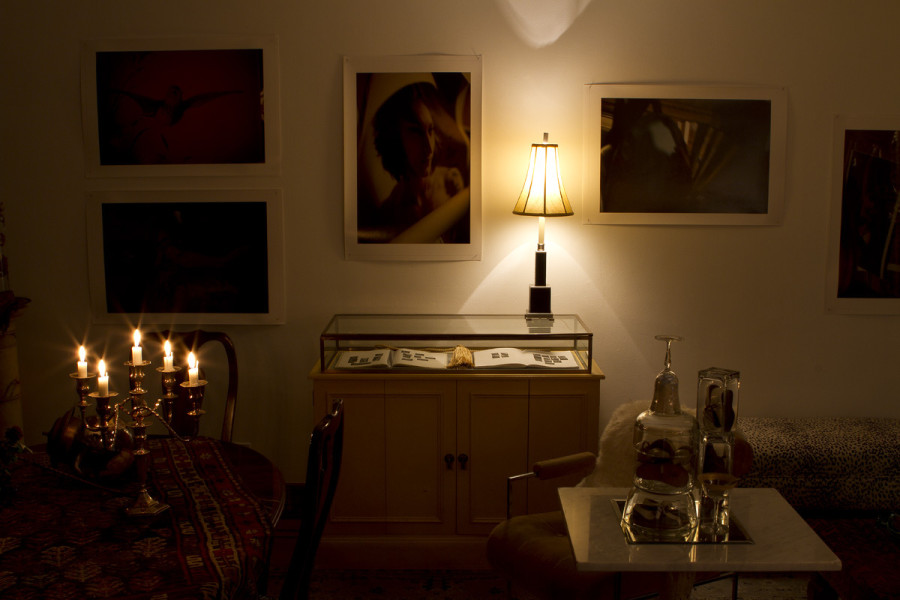 A lot of the items that are part of the exhibition are the things –- the ephemera –- that you accumulated in your years at 615 Jefferson Avenue. Is there a tipping point when a house owns you, rather than the other way around?

Yeah, absolutely. And I’d said that so many times. The woman who owned it before me was murdered in that house. And also there were things –- permits, the registration number –- which involve these recurring four numbers, which happened to be my birthday, which is the same thing here with my new zip-code. It wasn’t like it was a ghost or a spirit, but as I said to people: "This house has mortgaged me. I’m never going to get out." Not that I wanted to –- I loved being there –- but I felt that very much.

I got that house because I realized, at 45, that I’d lived in something like 39 apartments since was 15. I really thought maybe I should settle down. But concurrently, in something like the first month I was there, someone called from Paris and asked if I wanted to do a fashion story. So that whole odyssey started, which was not about settling down. Although, the shoots I did do there, I did all over the house.

The other thing is that, usually, when you move every year or two, it’s a chance to edit your belongings– which I did not have for 15 years. And when you own a house, it’s not just your stuff but everyone you know who moves wants to store like ten boxes with you. So my entire life was there. There were things that I’d hadn’t seen since I was 14 years old.

I know "The Dark Parade" pieces are an artifice in the sense that they’re arranged to look un-arranged, but –- as you say –- these things do belong to you. You’re anatomized around that house, aren’t you?

Right, and some of them are very personal. They resonate to me, but how could they to anyone else? How would they know the hand thing is a portrait of my friend Boyd? Which it very much was. A lot of things that were his – jewelry or things that he gave to me – are part of it. 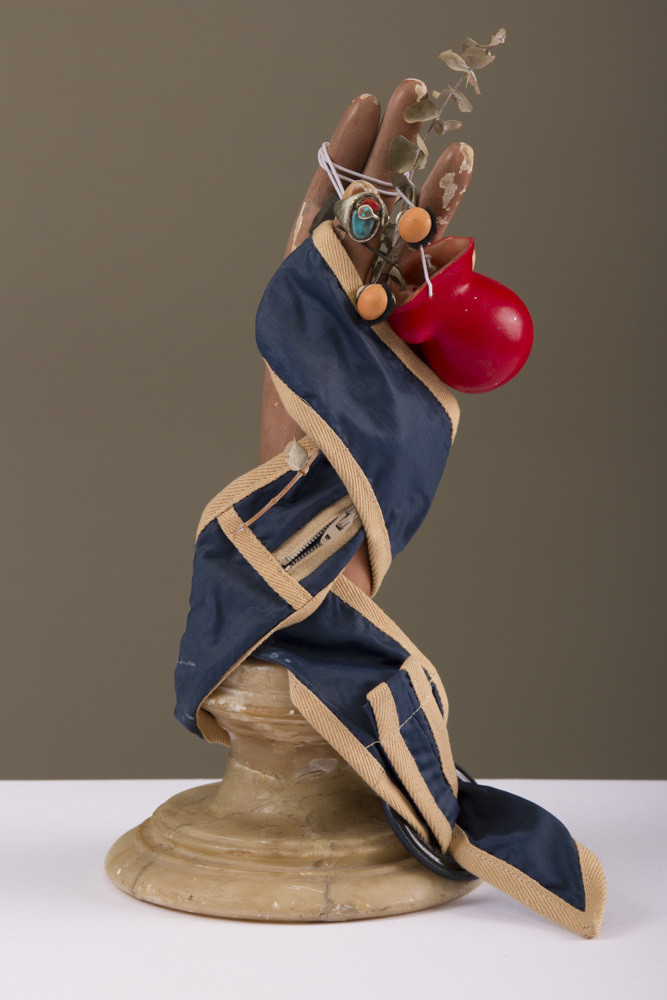 Is it possible they resonate with others because of how they’re assembled? The biography might not be there for everyone, but that sense of loss is.

You know, it’s funny. It’s still something that I won’t stop doing at all, as part of my décor or whatever. But it’s one of those things, that I’ve moved to the country since I made these, moving away from Brooklyn, so I wonder if it’s something I’ll pursue now. I think I’ll probably create them very privately, for myself.

I was re-reading the Dickinson poem and wondering which of the people going into that death house you’d be.

I’m obsessed with Emily Dickinson, who I read all the time. I think I used that expression when Jason and Josh were leaving my house. Emily Dickinson’s obsession with death intrigued me. Especially as she grew older, it was obscene, her interest in what the exact details were of the deathbed.

But that’s very like your work in "The Dark Parade." What is both macabre, sometimes, and also darkly funny, is the density of detail.

Yeah, right. I’m amazed that actually anyone saw that.

Many pieces are inside bell-jars, as if the work exists at the point of death while also being a sad, frozen moment. Were you aiming for that?

Yeah, absolutely. But I made the first one in 2006 or 2009, and in the interim the bell-jar became the must-have in every boutique window. At which point I thought, "OK, no more bell-jars." But, yes, it was very much the idea of things enclosed or encapsulated. It’s the idea of a treasure box that is almost fetishistic.

The reason I raised the poem again was that I felt that the "the minister going stiffly in and he owned all the mourners now and the little boys besides" could be analogous to you as an artist here.

Manuel Segade’s intro to my book, 615 Jefferson Ave., was extremely accurate, about me having this secret, private encyclopedia of everything and never having taken any of it for granted, and being able to pull it up. I never would have thought of that myself. It’s like my own little encyclopedia of what I consider beautiful.

Does "The Dark Parade" mark a period point in your life?

Yeah, I think so. I did so much other work at Jefferson Ave., but the great work of art from that whole period was that house. And so much change happened in 2013, particularly at the end: I sold two houses, my doctor with who I had a relationship of 15 years, closed his practice... A ton of stuff happened last year that is still reverberating. That has felt like a punctuation mark. 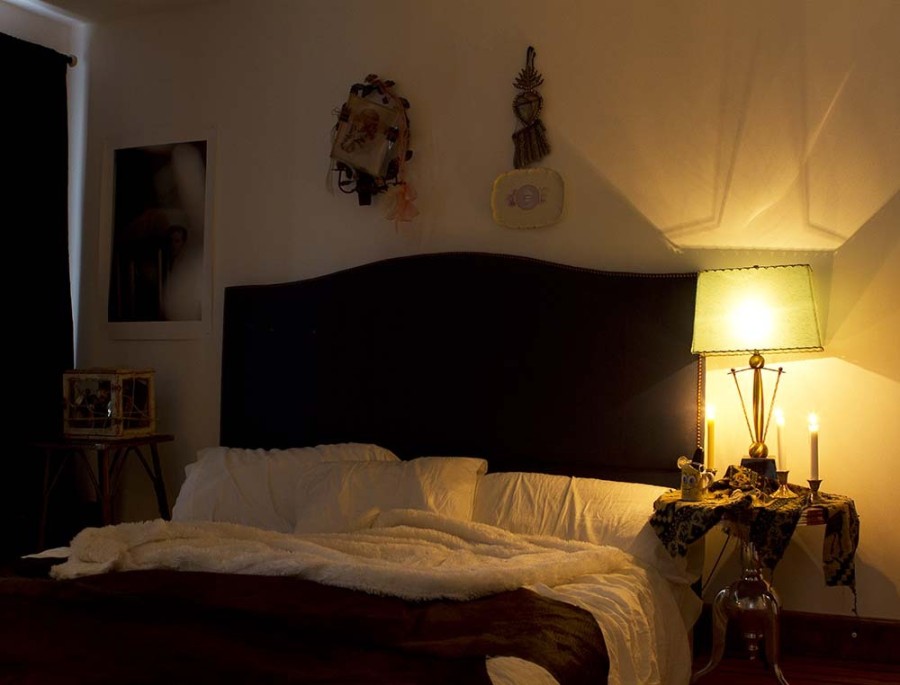 It’s an important part of your work –- whether it’s the photography or the assemblages –- that you can see yourself in it?

Oh, absolutely. It’s an outgrowth of doing fashion work. That had its moments, for sure, but the endless confrontational photography, and the sheer volume you have to do in fashion, made me start thinking, "I’ve got to do something else." What I’m thinking about now is not the way I was taught, which is to show something to its best effect. A lot of times, I feel like disguising it.

Could you ever imagine the pieces in "The Dark Parade" in some chic, white-cube gallery?

I don’t know. Here’s the odd thing. I’m kind of a maximalist in most ways, but taking them out of the crowd of my mind might work.

But given what you’ve said, the new Casa feels perfect for an exhibition so interested in mutability. It’s a building that could easily have been lost in New York’s ever-changing landscape.

Totally. I totally agree. I’ve never seen anything like it in New York, ever. It’s a place I would have loved to have lived in myself, and seen what came out of that. 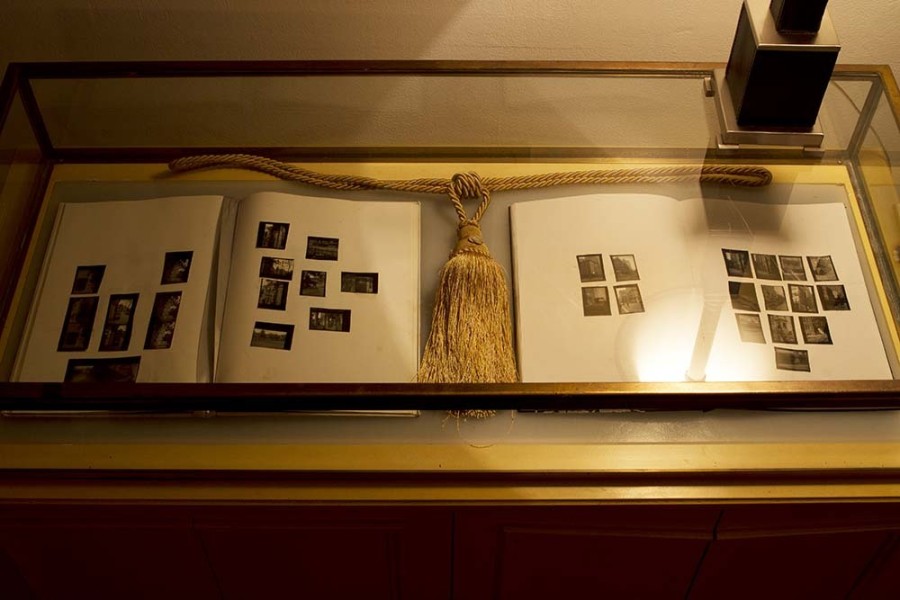 Tom Wicker is a freelance arts writer and editor, based in the UK. He writes regularly for publications such as as Time Out London, The Daily Telegraph and Gay Times. He has also written for The Guardian and online world affairs magazine openDemocracy. He can be reached at wicker.tom@googlemail.com.

Freelance arts writer and editor, based in the UK