Today we're mourning the fact that Anakin Skywalker, known to galaxies far, far away as Darth Vader, never had the opportunity to sit for Claude Monet. In a hilarious series of art history mashups, David Barton imagines what would have occurred if the Dark Father had ever donned a parasol for the sake of art. The result is pretty amazing. 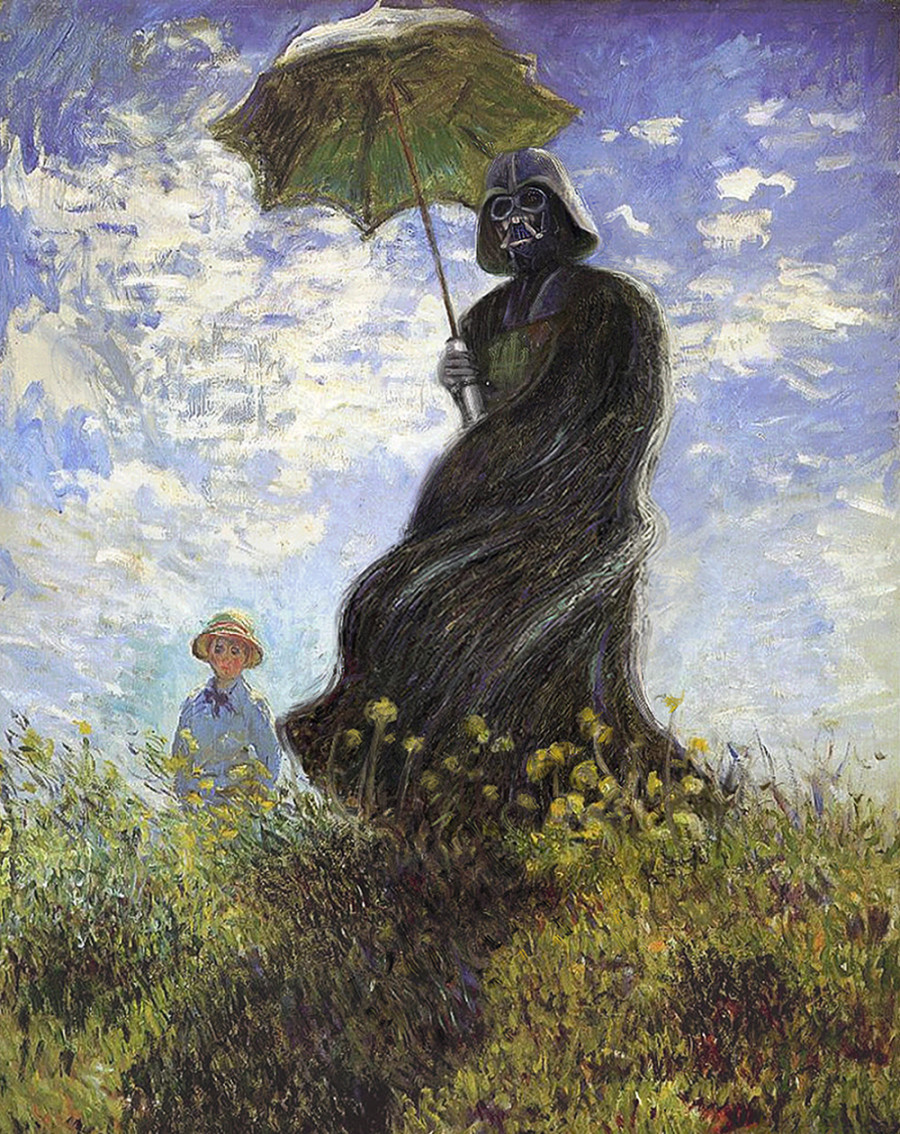 Barton's artworks render pop culture's most iconic characters, from Marge Simpson to Cameron Frye, in the style of art history's most beloved artists. We have to admit, the unlikely crew makes for startlingly inspiring muses.

"Let's see, it all started years ago with a crude photoshop of the [late] Queen Mother as Yoda," Barton recalled to The Huffington Post. "It all seemed so very shocking at the time. It went viral. More Royal mashups followed, I was enjoying thumbing my nose at authority. My stuff was being picked up by the British tabloids. I even received a royal cease and desist."

"These days my work is more of the same, modern pop culture references clashing with the establishment. Instead of dead royals, it's fine art. I do spend a lot more time on the pieces now, studying the the original and trying to copy the artist's style." We have to admit, the combination of cartoons and the artistic canon go together better than we ever could have anticipated.

"Having said that I don't want to sound too serious about this," Barton clarified. "I'm just having a laugh and being mischievous. My thumb is still firmly on nose, fingers a wiggling. More honestly, I guess I'm just a frustrated failed artist."

See Barton's delightful mashups below and let us know your thoughts in the comments.