Got a case of the Mondays? Here's a present for you: David Beckham in his underwear.

Thanks to our friends at Fashionista (who tipped us off to the first print ad -- girls are all over the David Beckham for H&M beat), we took a peek at the new David Beckham Bodywear for H&M "Game Day Ad."

Although it will officially debut on TV during Sunday's Super Bowl, H&M put the vid up on Youtube this weekend, much to our delight.

The commercial shows the soccer star wearing a variety of tight undies, including briefs ($12.95) and "trunks" i.e. boxer briefs ($14.95). Also on view: Becks' copious tattoos, his wedding band and a seriously smoldering set of eyes.

And that's basically all the explanation that's needed. Check out a nearly naked David below. You're welcome.

[Sidenote: like Brad Pitt and George Clooney, David Beckham totally owns his visage, wrinkles and all. Those who photograph him don't try to Photoshop his lines away or smooth over his face. He is a 36-year-old dad -- albeit a very sexy one -- and totally looks like it. If only women were given as much leeway to actually look their ages.] 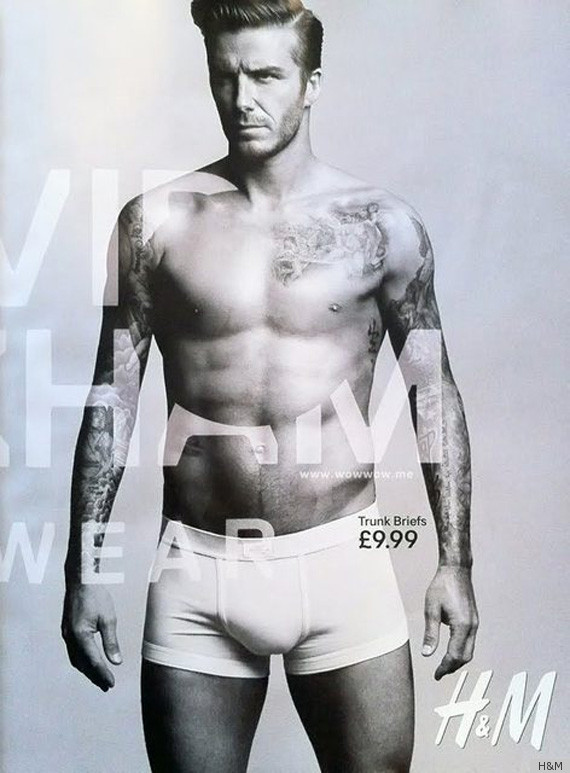