Move aside, Chris Hemsworth -- People magazine has named David Beckham as the "Sexiest Man Alive" for 2015.

Jimmy Kimmel made the announcement Tuesday night on "Jimmy Kimmel Live!" revealing the cover and subsequently, interviewing the sexy cover star. The 40-year-old former soccer star is married to designer and Spice Girl Victoria Beckham. Together the couple have four children: Brooklyn, Romeo, Cruz and Harper.

In his "acceptance" speech on the late-night show, Beckham said the honor was "the best moment of his career" and thanked a few people for making it possible.

Though Beckham said he is honored to receive the accolade, he told People he had a few hesitations.

"I never feel that I'm an attractive, sexy person," said Beckham in his People interview. "I mean I like to wear nice clothes and nice suits and look and feel good, but I don't ever think of myself that way."

Beckham joins an elite group of men who have all claimed the "Sexiest Man Alive" title. Hemsworth claimed bragging rights in 2014, while Maroon 5 frontman and "The Voice" coach Adam Levine won it in 2013.

Make sure to pick up your copy of People's "The Sexiest Man Alive" issue on newsstands this Friday. 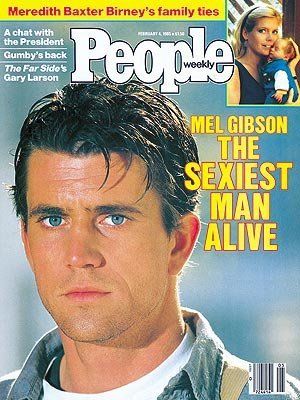