We didn't realize he still had room on his rock-hard body, but David Beckham has found a spot for yet another tattoo. The footballer, known around these parts as Mr. Victoria Beckham, unveiled his new ink on a trip to China this weekend.

On stage at Beckham Peking University on Sunday, Beckham lifted up his tailored shirt to reveal a string of oversized Chinese characters written down the left side of his torso. According to Hello! Magazine, the text says, "Life and death are determined by fate, rank and riches decreed by Heaven."

Beckham is currently on a five-day trip to China on behalf of the China Football Association, acting as football "ambassador." We're guessing that getting a Chinese tattoo wasn't one of the job requirements, but it was a nice gesture -- plus Beckham never missed the chance to add new ink to his collection. He reportedly has 15 tattoos in all, including cherubs on his back (meant to symbolize his sons) and "Love" written in cursive on his hand (in honor of his daughter, Harper). 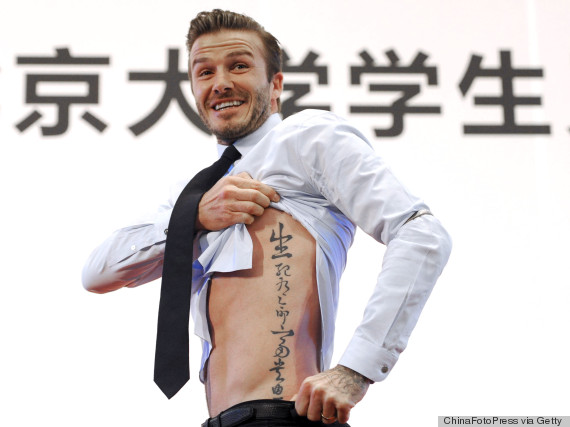 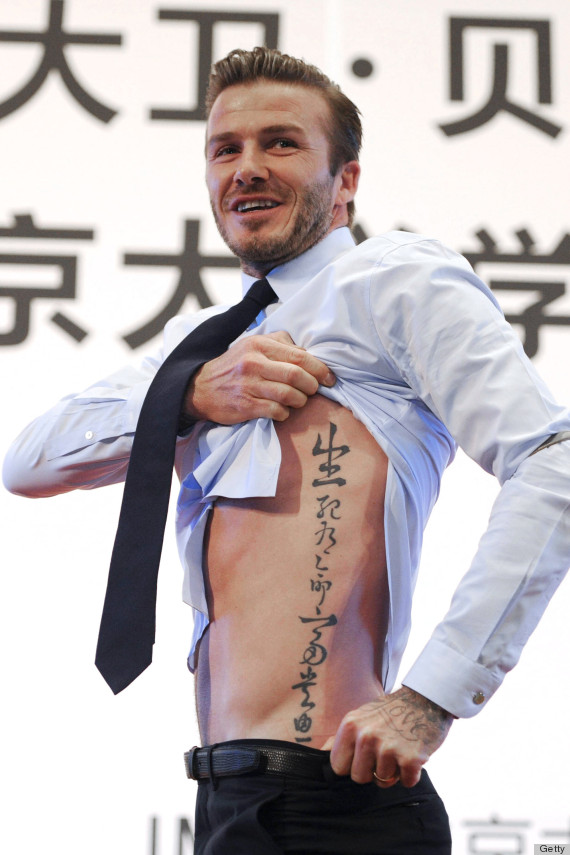 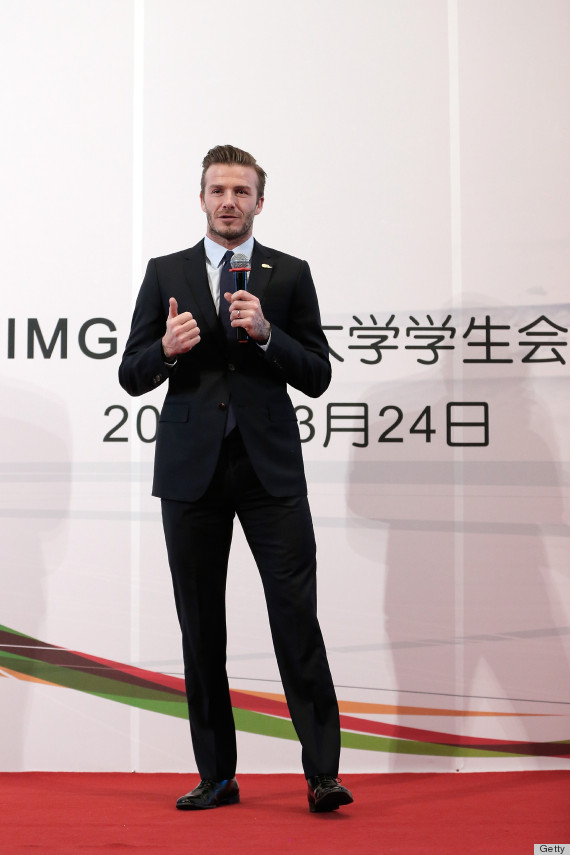 How does Becks' new ink stack up?