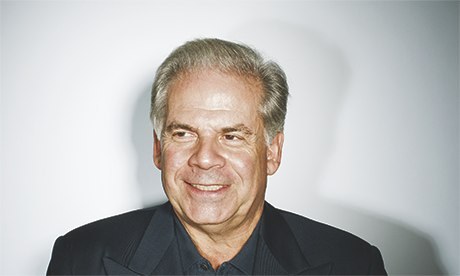 What Breathes Fire into the Equations?

What drives our universe? The great Greek philosophers were ultimately stymied, as is contemporary physics. A contemporary 21st century independent scholar and metaphysicist, David Birnbaum of Manhattan, proposes that 'Potential' drives the universe.

He hypothesizes the core cosmic dynamic to be what he labels Infinite Quest for Potential. Over 150 articles and reviews in dozens of journals (see SummaCoverage.com) have dissected and analyzed the compelling and fully-integrated theory over the course of a quarter century; no flaw has been discerned.

In discussing Infinite Quest for Potential (shorthand: Q4P), we will look at some crucial gaps in 20th century physics and philosophy. Our literary vehicle will be through a hypothetical give-and-take between two important philosophical thought leaders: Physicist Stephen Hawking of Cambridge and Metaphysicist David Birnbaum of Manhattan.

Hawking's work The Grand Design (2010) actually negates any possibility of a 'grand design'; Birnbaum is the author of the 3-part Summa Metaphysica series (1988, 2005, 2014) and its associated Potentialism Theory which ascribes 'grand design' to our universe via his hypothesized metaphysical dynamic Infinite Quest for Potential.

Renowned contemporary British physicist Stephen Hawking has given us a number of memorable one-liners regarding physics and the universe. And when Hawking speaks, people do listen. He is a 'pinnacle player' and one of the leading minds in physics. Hawking has given a lot of conjecture over the years -- snippets of hope and tidbits of wisdom for universal understanding; however, the great Hawking, like his erstwhile contemporaries in academe, ultimately leaves key questions unanswered.

Many believe that David Birnbaum's unified Potentialism Theory elegantly lances the key (historical and hitherto intractable) issues in metaphysics via his proposed core dynamic Infinite Quest for Potential -- proposed as the cosmic constant (albeit a quite vibrant constant). Let's see if the Birnbaum theory has the capability to adequately address the great Hawking's questions. First, we need to understand a few concepts from Summa Metaphysica.

Per Birnbaum, there is an overarching natural cosmic dynamic which Birnbaum hypothesizes as being Infinite Quest for Potential. According to Birnbaum, this one dynamic is eternal and infinitely iterating; it ignited our universe; it drives our universe forward to this very day; it instigated and sustains life; its goal is to seek-after maximal/optimal Potential....inexorably. In other words, if it exists it is the ultimate 'silver bullet' for metaphysics.

"Infinite Quest for Potential (infinitely iterating) is the eternal cosmic dynamic. This dynamic works its way forward over the billions of eons towards first igniting our universe and eventually -- down the road -- ultimately catalyzing the emergence of higher-level consciousness human beings within it."

"The universe quests for its maximal/optimal potential. The core dynamic Quest for Potential strives with purpose and direction towards ever-greater and higher potential. At the 'beginning of time,' eternal and infinite Quest for Potential harnessed the eternal (primordial) equations of Physics-Mathematics to ignite our universe via the Big Bang."

"This same symbiotic dynamic -- infinite Quest for Potential∞ in league with Physics-Math - then acted as a catalyst for the route ultimately tracking-forwards to high level humans in the 21st Century."

Note that the contemporary works (see below for detail) of MIT quantum physicists Seth Lloyd (2006) and Max Tegmark (2014) dovetail with Potentialism Theory of the Summa Metaphysica series (1988, 2005, 2014).

So, now on to some of the illustrious Hawking's standout quotes, questions and queries...

Hawking: "What breathes fire into the equations?"

Hawking's now iconic aphorism -- "Even if there is only one possible unified theory, it is just a set of rules and equations. What is it that breathes fire into the equations and makes a universe for them to describe? The usual approach of science of constructing a mathematical model cannot answer the questions of why there should be a universe for the model to describe. Why does the universe go to all the bother of existing?" -- could have been the lead-in to Birnbaum's Summa Metaphysica treatise. Hawking's question is, of course, astute. What, indeed, brings the myriad equations we have all seen flashed at us alive?

Classic academic science has never come up with a satisfactory response. Of course, embedded within the Hawking equation is a deeper question, actually a compound question -- What ignited the cosmic order and what propels it onward? Another way of looking at the Hawking question is that it is a variant on the classic Eternal Origins question: What is the eternal core cosmic dynamic?

Birnbaum's response to this cluster of questions is that there is, indeed, an Overarching Cosmic Dynamic: Eternal and Infinite Quest for Potential -- and that is this eternal and overarching dynamic which 'breathes fire' into the equations.

Hawking: "For millions of years, mankind lived just like the animals. Then something happened which unleashed the power of our imagination. Mankind learned to talk and we learned to listen."

What happened here? What caused 'the leap'?

What happened, of course, is Birnbaum's delineated infinite Quest for Potential playing-out and iterating-forward.

To reach its Potential, Mankind was thrust into a greater level of complexity/sophistication than the animals around him. The form of that advanced complexity included higher-level reason, language, emotion, and consciousness.

Per Potentialism Theory, the notion that 'advancement' would happened was a given; it was only a question of when, where and what form it would take.

Hawking: "The whole history of science has been the gradual realization that events do not happen in an arbitrary manner, but that they reflect a certain underlying order, which may or may not be divinely inspired."

The expanded Birnbaum response -- Thank You for articulating Summa's core point, Professor Hawking. The theory is strong -- and potentially resolves the key points of 90 percent+ of the philosophical/scientific issues philosophers have been grappling-with.

At the very heart of Potentialism Theory is the recognition that there is one central, underlying order to all of the universe. A higher force. An overarching dynamic. As noted, this force is posited by Summa Metaphysica as being "Infinite Quest for Potential."

The scientific community's potential recognition of a transcending dynamic has been a long time in coming; but physicists themselves are starting to realize what some metaphysicists and philosophers have long conjectured: There is a pattern, purpose and direction to the Cosmic Order.

As alluded-to, Summa Metaphysica proposes that Quest for Potential ignites and drives the universe by breathing fire into the equations.

And where does infinite and eternal Quest for Potential come from?

Hawking: "I don't believe that the ultimate theory will come by steady work along existing lines. We need something new. We can't predict what that will be or when we will find it because if we knew that, we would have found it already!"

Stephen - Thank You for your frankness.

Hawking predicted this accurately. The possibly 'ultimate theory' is Brinbaum's Potentialism Theory. It is as stunning and original as it is elegant; it has changed the 21st century landscape of our understanding of cosmology itself. The 21st century ushers in an era of acute insight. No one could have seen it coming.

Summa Metaphysica's Potentialism Theory goes for a "knockout punch." Birnbaum is the first to say that (a) it is hypothesis and (b) that it only advances us several 'layers.' However, that being said, the theory appears to propel our understanding via a quantum jump, and not via an incremental advance. Note that Birnbaum has been at this since age 10 (in 1960). He commenced writing Summa I at age 32 (in 1982).

A Course Text at over a dozen colleges, Summa Metaphysica has been the focus of well over one hundred and fifty articles and reviews. No flaw has been discerned in the theory since introduced via Summa Metaphysica I (Ktav Publishing) in 1988.

Via his revolutionary true theory of everything (see TTOE1000.com) Birnbaum has instigated a global paradigm challenge. See ParadigmChallenge.com

David Birnbaum himself is known globally, as well, as the author or the editor-in-chief of several important series on history and spirituality. His New Paradigm Matrix platform (see NPM1000.com) has over 180 global thought leaders under its umbrella.