There’s never been an artist quite like David Bowie, so it’s only fitting that a major exhibition chronicling the legend’s work is as diverse, expansive and exciting as his career over the past half century.

“David Bowie Is,” opening Tuesday at the Museum of Contemporary Art in Chicago, contains more than 300 artifacts selected from an incredible 75,000 items Bowie had archived over the years. With a location-based headset, viewers can hear corresponding interviews, commentary and -- of course -- music as they move through the show, thanks to technology provided by exhibit sponsor Sennheiser.

Along with the immersive audio, the exhibit packs in more than 50 of Bowie’s costumes from personas like Ziggy Stardust, Aladdin Sane and Thin White Duke, multiple hand-drawn storyboards for his stage shows and music videos, and contextual media like World War II news clippings, the famous 1972 “Blue Marble” photograph of Earth from space, and posters from the film “A Clockwork Orange,” all of which inspired Bowie’s creative process.

“The show is so much about process... it’s about how you make things,” MCA Chief Curator Michael Darling said during a Friday preview of the exhibition. “You can consistently see how [Bowie] was reinventing himself over and over.”

The MCA’s show is the only U.S. stop on the exhibition’s international tour. Below, a preview of the show: 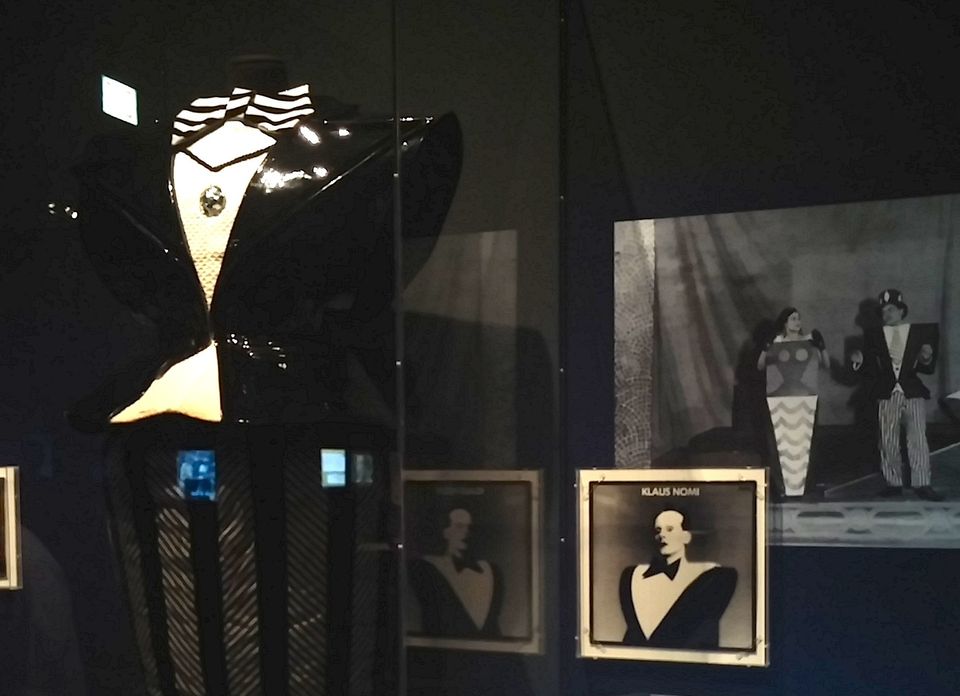