I woke at 4:55 this morning, startled by the hum of an incoming text message from my brother:

That sucks about David Bowie. Blast some Bowie nice and loud today. 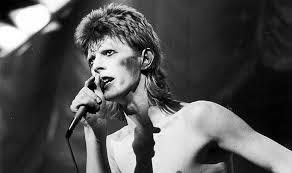 I was instantly awake, nauseous and aware. He could only mean one thing.

In a brutal split second, Blackstar made sense.

Look up here, I'm in heaven
I've got scars that can't be seen
I've got drama, can't be stolen
Everybody knows me now
-- David Bowie, Lazarus

I'd been trying so hard to read between the lines -- was it all about aging? was that the reason for the release planned around his birthday? - but no such reading was needed, as it turned out. The truth was right there, plain and simple.

I spent the day trying to process it.

You know, when I wasn't sobbing hysterically.

On some level, it made sense that I was so crushed. I'd literally been raised on David Bowie, from the times my father sang Space Oddity to me as a newborn to the times he and I ran road races with Suffragette City queued up on our iPods at the starting line.

And then there was my teenage obsession with Bowie; to call it an infatuation would be an understatement. Bowie's music -- and his never-ending string of personas, complete with fabulous, escapist stories -- saw me through some of the darkest times in my life. It's not an exaggeration to say that he and his music saved me from self-destruction.

All of this swirled today in my grief-stricken awareness. I worried that I was certifiably nuts, leveled as I was by the death of a virtual stranger. I thought of Bowie's children, his lovely wife -- people who have to share their deeply personal loss with a world that felt they had a claim on him. 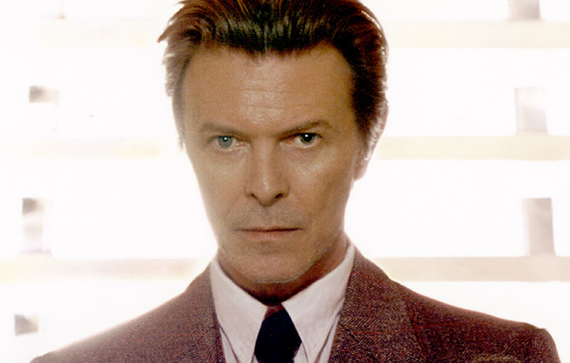 But then there was this, the thought that drew me out of the fog:

David Bowie had done it, and once again, he was the trailblazer.

He'd orchestrated his own mortality into the perfect exit for a performer who'd chosen his name, eschewed gender confines, worn dresses and space suits, and shed one incarnation for another as easily as some of us change socks.

He'd proven that he was, in fact, The Man Who Sold the World.

Yes, I'm biased. I've thought David Bowie was something special since I could first consciously form such a notion. But I'd been fine, in recent years, to let him slip off into quiet anonymity. I'd accepted that The Next Day was the merely-okay effort of a man who'd spent more years redefining rock and roll than I'd been alive. Surely he deserved retirement.

But then came this final sleight of hand.

Proof that the Thin White Duke could no more slip quietly into the ether than he could have remained one of countless David Joneses.

The bravery it must have taken to accept that this was it, his final curtain call, is beyond my comprehension. Yet in some small way I find it deeply validating.

I chose my Hero well.

David Bowie spent a lifetime escaping every box that sought to entrap him.

How fitting that even in death, he found an opportunity to make art. That, in fact, he made his death itself into art.

What could be more creative, life-affirming, or triumphant than that?