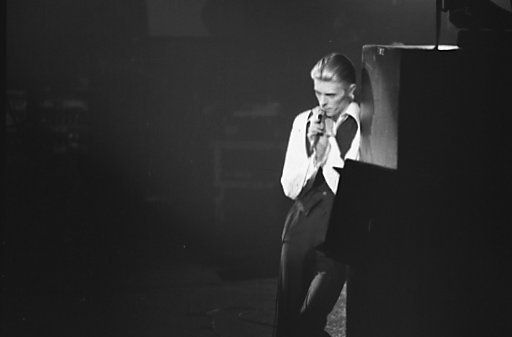 I woke on Monday morning to read the by-now widespread news that David Bowie had died. Not in any theatrical way, but by a killer as common as he was not.

Like so many others, I let news of his death remind me of the part he played in my own life. While his wife mourns the loss of David Jones, those who didn't know him personally mourn an icon.

I first started listening to David Bowie as a teenager, having been introduced to him by the butchest woman I'd ever met, who showered me with Bowie and uncomfortable questions: she was the first person to ask if I wanted to kiss a girl and if I was gay. Weird thing about that, I did want to kiss a girl -- though not her -- but I didn't consider myself gay. I've since found out from other transgender men that's not so unusual, but at the time, I had nothing to explain any of it...nothing except David Bowie and Annie Lennox. I'm convinced these two creative geniuses made me understand that not understanding it all was OK.

So I watched them on MTV, cut their photos from magazines, and hung their posters on my wall. I wore out the grooves of Diamond Dogs, particularly track #6: "Rebel, Rebel," absorbing every word as only a teenager can, though it was primarily the opening that consumed me: "You've got your mother in a whirl. She's not sure if you're a boy or a girl." I didn't know the term transgender, but I knew I related to that.

I never did get to kiss a girl in high school, but I got strength from images of a man completely unaware how much he changed my worldview. I was not alone in that. What was clearest from a recent article in Buzzfeed ("LGBT People Reveal Why David Bowie Was So Important to Them") is that Bowie gave a lot of people who felt different the permission to be themselves, or at least gave us a chance to see that people who didn't fit neatly into societal norms could still be valued by society. It was the fact that he was there at all that made the difference to so many LGBT folks.

Representation matters. It does. It helps people dream and it helps us see value in the parts of ourselves that overlap with the celebrated parts of others. This is true for any group who is underrepresented and/or misrepresented in the media. Positive representation breeds hope; hope breeds possibility; and possibility breeds a world in which people contribute their best selves to society.

When I was a kid, I didn't specifically have FTM role models, not because they didn't exist, but because I didn't know about them. I'm not sure if young trans males still feel the same and if so, what that says about the "transgender moment" -- in general, media inclusion of trans males has felt more like innuendo -- but fortunately for me, there was a Bowie.

These days, transgender role models like Laverne Cox grace the covers of magazines and use their media presence to bring awareness to issues that impact the transgender community greatly, such as disproportionately high suicide rates, the obscene rate of violence against trans women of color, and the fact that there are no census data that would help policy makers understand how best to improve the lives of trans people.

It's important to remember that not all violence is physical. In a recent talk, when Ms. Cox stated that "misgendering a transgender person is an act of violence," she backed it up with a truly inspired display of ways she has been spooked, a term that refers to being misgendered in public. 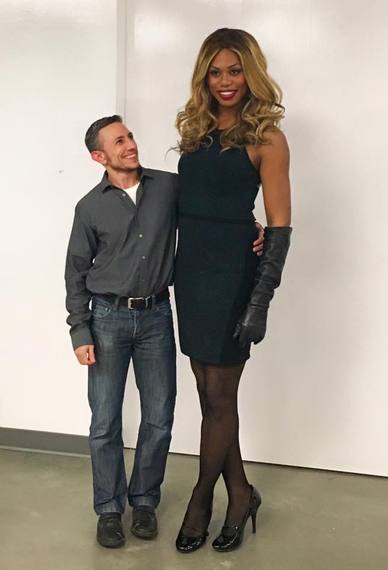 Trailblazers help us in different ways. Often they just make us think differently about something that has been staring us in the face. Laverne Cox told us that after she revealed she was transgender, the first thing her mother said was something like, "but you have big hands and feet." Years later, the thought behind this led her to create #TransIsBeautiful, which she started after realizing people were judging her and others by their ability not to be perceived as trans.

If you are cis-gendered, I bet you rarely think about the size of your hands and feet. As a trans person who doesn't have statistically right-sized extremities for a man, I think about it all the time; I know it makes me more likely to be recognized as and called out for being transgender, which is sometimes dangerous and other times just isolating.

It wasn't until I heard Laverne talk about it that I recognized how much pressure I was putting on myself to fit in and how I judged myself not for the quality of my character but on whether I'd ever need a daily shave or be able to stop buying shoes in the boys' department.

I've thought a lot about my hands and feet, but mostly I thought about all the things they were not. With #TransIsBeautiful, Laverne made me consider the damage I'd imposed on myself, which led me to realize that authenticity means more than just being yourself; it means loving yourself.

What my mother said after confirming that I preferred dating women was, "But you like David Bowie!" That was many years ago, and knowing my mother now, it goes to show that being authentic changes not only you but those around you. That is an important point to remember about representation, particularly in the media. We need to see positive images to help us love ourselves, but we're not the only ones watching. Positive representation teaches others how to love us, and that is incredibly valuable, too.

For all the years I focused on what my hands and feet were not, I neglected the very long list of what they are and what they've done for myself and others. They've introduced me to people who've changed my life and whose life I changed. They've climbed mountains and powered motorcycles. They've taken photos and held the hands of my grandparents for the last time. They wrote this. They have done so many other things, not the least of which was opening a Christmas card from my mother that read: To My Son.