Sitting down to dessert with David Burke is quite an experience. With a boisterous personality and bellowing voice that fill the room, Burke is clearly a larger-than-life guy who knows how to have a good time. What isn't clear about David on first glance are the aspects of his work and life that often go unnoticed -- his passion for pastry and charitable causes.

The owner of New York City restaurants Townhouse, Fishtail, David Burke at Bloomingdales, and David Burke Kitchen, as well as Prime in Connecticut, Primehouse in Chicago, and Fromagerie in Rumson, New Jersey, Burke has definitely earned his reputation as one of the top savory chefs in America. Yet, hidden in his culinary background is an impressive talent for pastry.

It may seem uncharacteristic for the former wrestler with a tough guy reputation to take to something as delicate as dessert. But when I asked Burke why he pursued pastry as a young chef, he laughed and replied, "I never wanted a pastry chef to have me by the cojones. I needed to understand the pastry side so I could really be in charge of the whole kitchen." 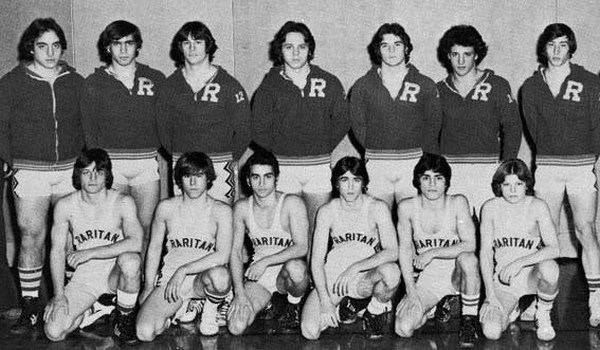 After two years as the sous-chef at River Café, the owner offered him the top position in the kitchen. David turned him down, explaining that he "couldn't take a chef job until I learned how to do pastry."

So David headed to Los Angeles with an eye to apprentice under French pastry chef Michel Richard. When he got to LA, Richard was just opening his first restaurant, Citrus on Melrose. Knowing of David's talent as a savory chef, Richard offered him the sous-chef position at Citrus. Again, Burke turned down an offer.

"I told him I wasn't there to get a job, I was there because I wanted to learn about pastry from him. I said I would work for free in his pâtisserie, but he just wanted to hire me as a sous-chef. So instead I headed to Paris to go to pastry school at Ecole Lenôtre."

Before starting his classes, Burke worked at Fauchon in Paris, under pastry god Pierre Hermé, "He used to look at me like... Why are you here?" At the same time, Burke worked nights at Maison Blanche. "I got up to get to work at 4:30 in the morning at Fauchon. I'd work until the afternoon, go home to catch some sleep, and then get to Maison Blanche by 5 and work until midnight."

While in Paris, Burke lived on a barge with "quite a cast of characters," and he even got arrested for stealing his own laundry. Long story short, he left all his clothes in the dryer of a laundromat and when he went back to pick them up, the place was closed and locked. David looked at the hours on the door (they should have still been open) and at his clothes spinning in the dryer. Then he smashed the glass to open the door, grabbed his clothes and left a note along with enough cash to pay for the broken window. When the cops caught up with him, he explained everything and they let him go.

At Fauchon David learned the in's and out's of classic French pastry, but he never did get the knack of one particular task. "I could never roll a croissant. The guy in charge would take the bad ones from my table and whip them up against the wall. They would stick to the wall for like a minute, then slide down into the bucket of rejects below. That noise of the dough hitting the wall haunted me!"

After finishing the program at Lenôtre, Burke returned to NYC, and to River Café as the head chef. There he was among the first to do hand-made chocolates in-house and to apply a new ascetic to plated desserts. "We made dessert something you look forward to as opposed to something you just pick from a dessert cart. We made everything in-house, and we focused on the architecture of the plated dessert."

Back in the late 1980's, dessert in America wasn't at all what it is today, and David Burke was a pioneer in bringing about the changes that we now think of as the norm for a fine dining restaurant. He also had a lot to do with the new way of plating savory food, because much of the artistry in plating savory originated with pastry.

"All the forms of the new architecture of savory plates -- height, symmetry, molded tar-tars, circular and tall -- as well as things like how to cut fish and present meat with more precision and artistry, came from pastry. A creative chef can really take pastry to new levels, and pastry took savory to new levels."

Today, of his desserts, Burke told me, "I like my pastry menu to have some over-the-top items that are like 'Wow' and then I like to have some simple, classic stuff."

Burke invented cheesecake lollipops (don't let the ones at Starbucks fool you, Burke's are the original and best). Today he still serves them at Townhouse, along with a quenelle of bubble-gum whipped cream, which, he says as he laughs, "the customers love and the critics hate!" 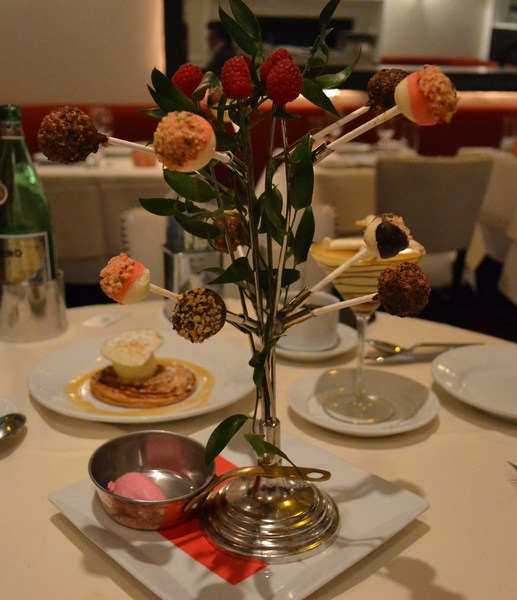 Another counter-balance to Burke's bellicose persona is his long-time involvement in charitable causes. A 7-year board member of Table to Table in Bergen County, NJ, which fed 9 million people last year alone, Burke has also supported City Harvest, Share Our Strength, and many others. "I've been in New York City since '85 and I've got involved with probably every local charity out there."

He's also been giving scholarships to both Culinary Institute of America students (he's a CIA alum) and students at Johnson & Wales (where Burke's son studies). It began when he accepted a consulting gig for a country club in New Jersey. Rather than taking time away from Fromagerie, he opened his kitchen to the staff of the country club for training and development of recipes, and he took the $50,000 consulting fee and divided it between the CIA and Johnson & Wales for scholarships. 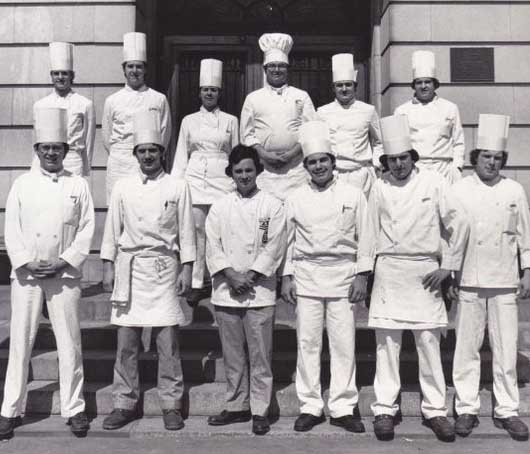 But Burke's baby is Table to Table, because it's part of his home community. And he's got a lot of other big name chefs involved in fundraising for the organization. "At one event, Emeril joined me on the stage. We got up there and said we're not going home until we get some serious money, we're locking the doors if we have to!"

Burke also helps Table to Table in ways that are as creative as his desserts. He made a deal with Hudson Bread, where he gets the bread for his NJ restaurant, to give their day old bread to Table-to-Table. "I asked them what they were doing with the bread and they told me they were giving it to a pig farm. So I told them I've got a better way to use it."

To other chefs and restaurateurs out there, Burke says, "If it's on your radar to try to do something to help the people who have less than you, and you're in touch with people who are just throwing away food, it's an easy connection to make."