HBO will release all six seasons of "The Sopranos" on Blu-ray for the first time next week, but don't expect David Chase to pop in one of the discs right away. "I think I will get to the point when I want to watch again, but after a while you've had enough of it. You lived it," Chase told HuffPost Entertainment. Not that fans would agree: "The Sopranos" is still such a cultural landmark that Chase had to issue a clarification after comments he made about the fate of Tony Soprano (James Gandolfini) in an interview with Vox went viral. (To recap: Tony is either alive or dead.) Books have been written about "The Sopranos." Writers on the show would go on to create or co-create "Mad Men" (Matthew Weiner), "Boardwalk Empire" (Terence Winter), "Damages" (Todd A. Kessler) and "Blue Bloods" (Robin Green and Mitchell Burgess). One of "The Sopranos" directors, Alan Taylor, even made a Thor movie.

To celebrate the Nov. 4 release of "The Sopranos: The Complete Series," HuffPost Entertainment asked Chase to pick his favorite episode for each of the show's main characters: Tony Soprano, Carmela Soprano, Meadow Soprano, A.J. Soprano, Livia Soprano, Christopher Moltisanti, Uncle Junior and Dr. Melfi. His answers are below. 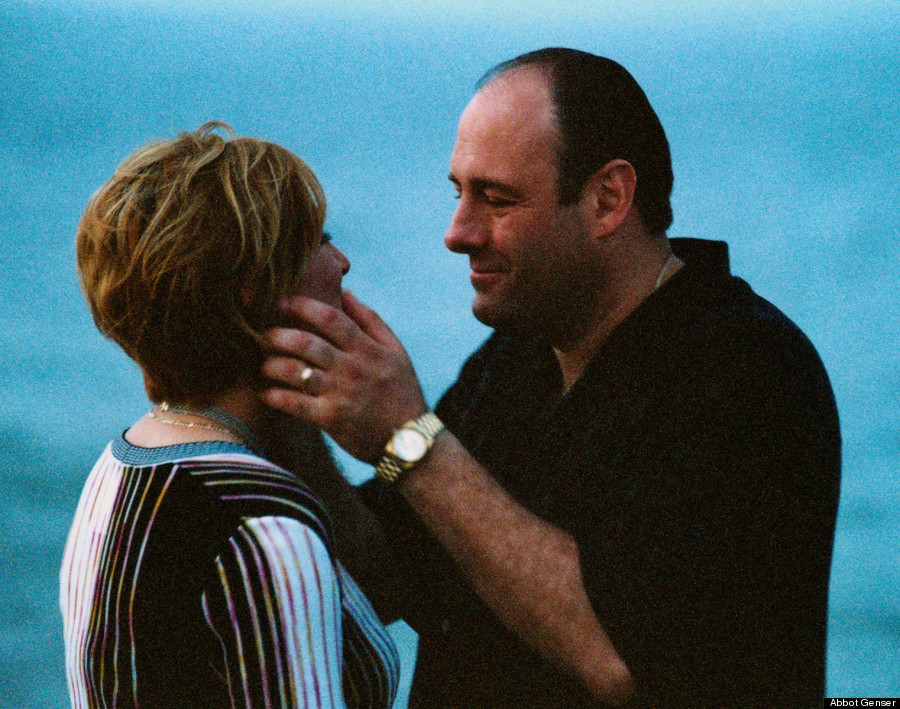 Episode Description: "Junior's trial comes to an end, but Tony's trials are just getting underway. Also, the Sopranos almost purchase a house on the beach."

Co-written by Chase and executive producers Robin Green and Mitchell Burgess, the Season 4 finale is the episode where Carmela finally confronts Tony about his rampant infidelity and the couple decides to separate.

"Every inch of her was there," Chase said about the episode, which won Edie Falco her third Primetime Emmy Award for Outstanding Lead Actress in a Drama Series. It wound up being Falco's final Emmy Award for "The Sopranos."

"She came in. She knew her lines. She did her work. She went home," Chase said when asked what he loved about working with Falco. "There was never any bullshit with her." 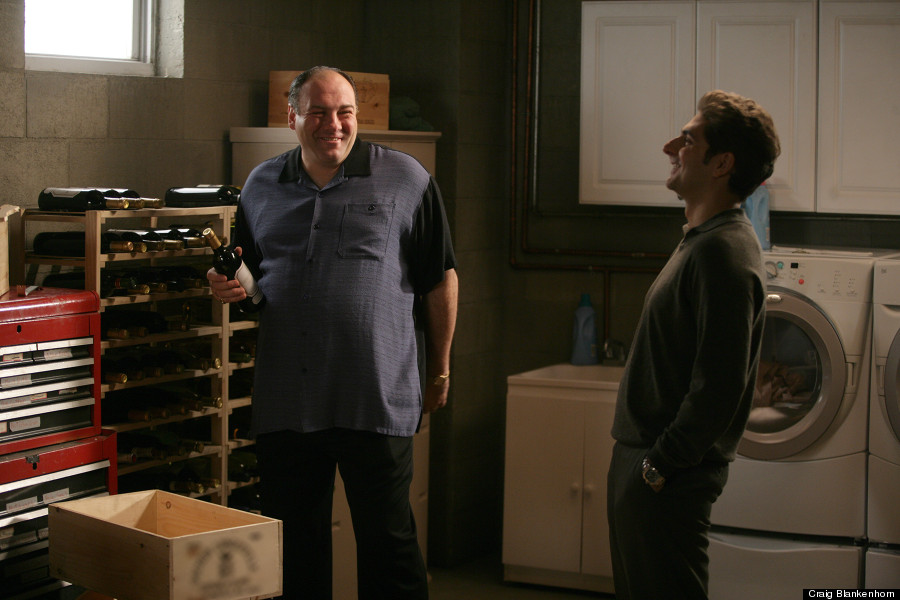 Episode Description: "Paulie finds public opinion turned against him after an amusement ride accident, while Christopher tries to start a new life as a husband and father."

"The Ride" is notable because it's one of the last times Christopher (Michael Imperioli) and Tony enjoy each other's company, even if those moments of revelry are aided by Christopher falling off the wagon.

Christopher would die nine episodes later, but Chase says his demise probably should have come sooner in the show's narrative.

"I sometimes think I delayed that too long," Chase said of Christopher's death. "It was just that he was such a great character and Michael was such a great actor. In reality, there's a little bit of me that says [he should have died sooner], given what a threat he was for Tony. Since he was a drug addict and so erratic, if the government had gotten him at the wrong time and if he had slipped on Tony, he would have wrecked everything. I thought for quite a while, 'How long is Tony going to put up with this? How long is he going to worry about this guy before he goes to sleep?'" 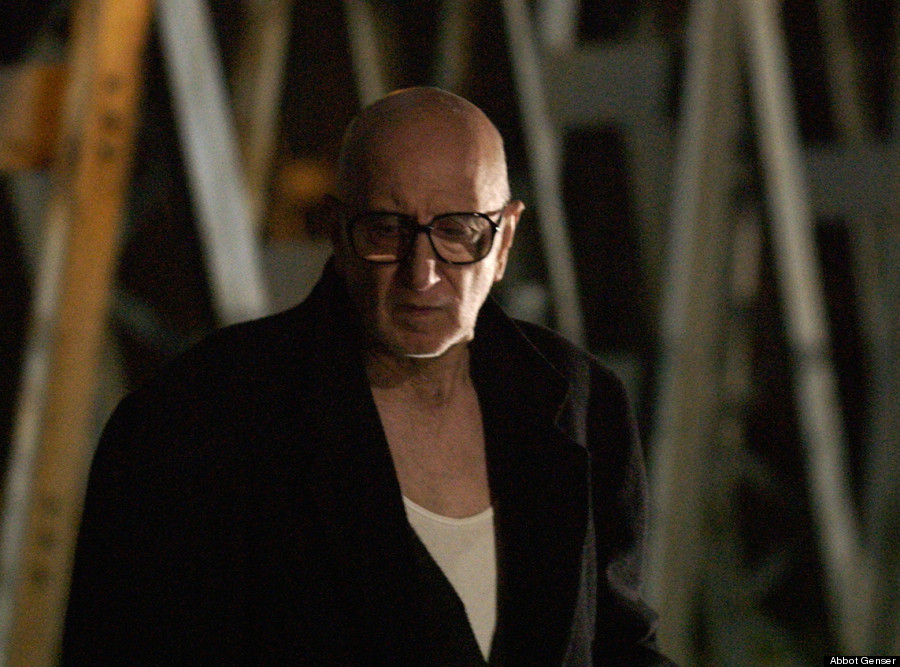 Memorable for a sequence where Uncle Junior (Dominic Chianese), while watching television, confuses Larry David on an episode of "Curb Your Enthusiasm" for himself, "Where's Johnny?" was the first of many to deal with Junior's declining health as "The Sopranos" moved toward its final stretch.

"God, Junior, he was my favorite character to write," Chase said. "I liked everything that Junior did. [That was the episode where] he wound up sitting on a couch watching a prairie dog documentary, and Tony asks, 'Don't you love me?' And Junior is trying not to cry. Dominic killed this stuff."

Chase said the stark differences between Junior, who was so abrasive, and Chianese, who Chase called poetic, was one of the main reasons he loved writing the character so much. Chianese's versatility gave Chase license to make Junior as difficult as possible.

"Junior could say anything. The stuff that came out of Junior's mouth, no one else could get away with," Chase said. "He could do it for some reason. It was kind of a similar thing with Livia -- anything could come out of her mouth and you didn't question it. You wouldn't dare." 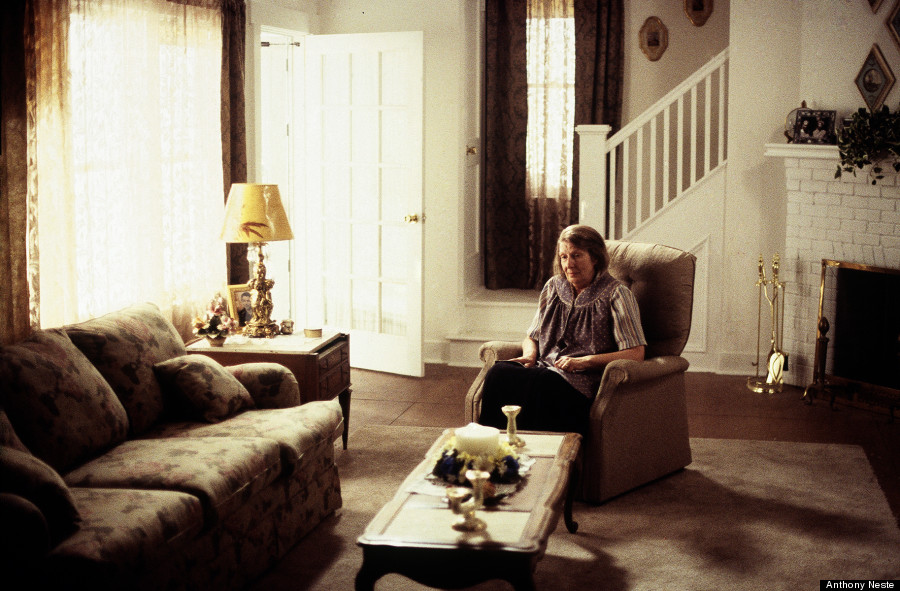 Episode Description: "A mobster passes out at a family barbecue and seeks therapy to understand why."

Chase didn't have much more to add about Livia, played in the show by Nancy Marchand (pictured above in Season 1, Episode 2), who died in June of 2000. But he did highlight Livia's role in the pilot episode as a standout. Not that he could really pick a favorite, anyway. "She was great in everything," Chase said. 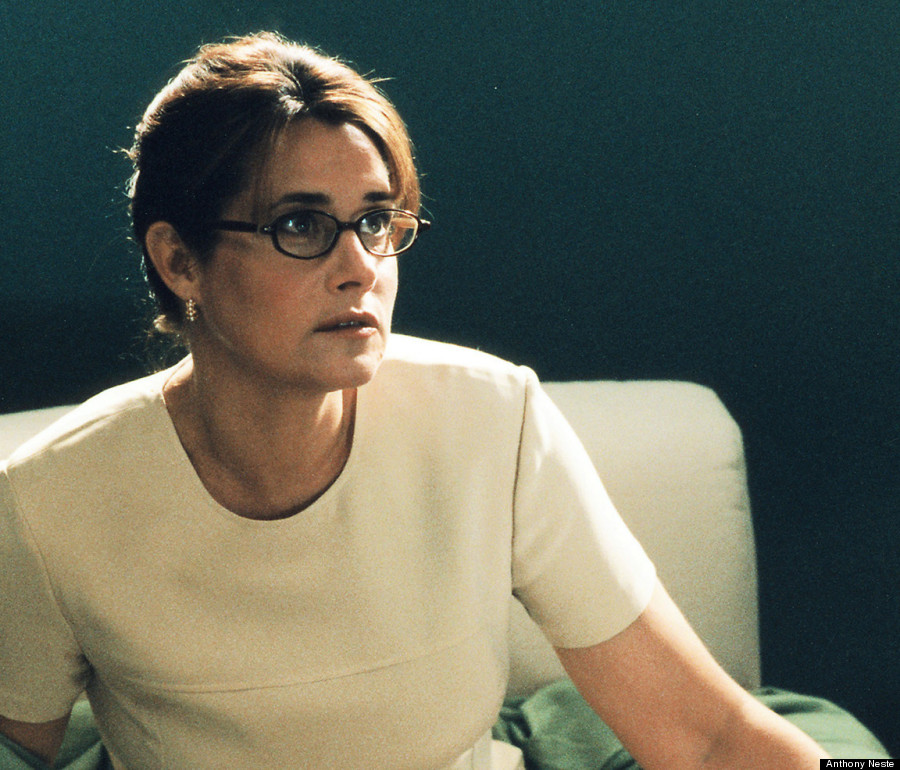 Episode Description: "Richie Aprile gets out after 10 years in prison and starts reasserting his authority. Meadow gets in trouble after a party gets out of hand."

"Toodle Fucking-Oo" was the first episode where Dr. Melfi (Lorraine Bracco) met with own her psychiatrist, Dr. Elliot Kupferberg (Peter Bogdanovich). And while Chase didn't specifically name just one episode as his favorite for Dr. Melfi, he felt her meetings with Dr. Kupferberg brought out the best in Tony's analytical foil.

Bogdanovich, a famous director in his own right, appeared in 13 other episodes of "The Sopranos," including "Blue Comet," the penultimate episode of the series. 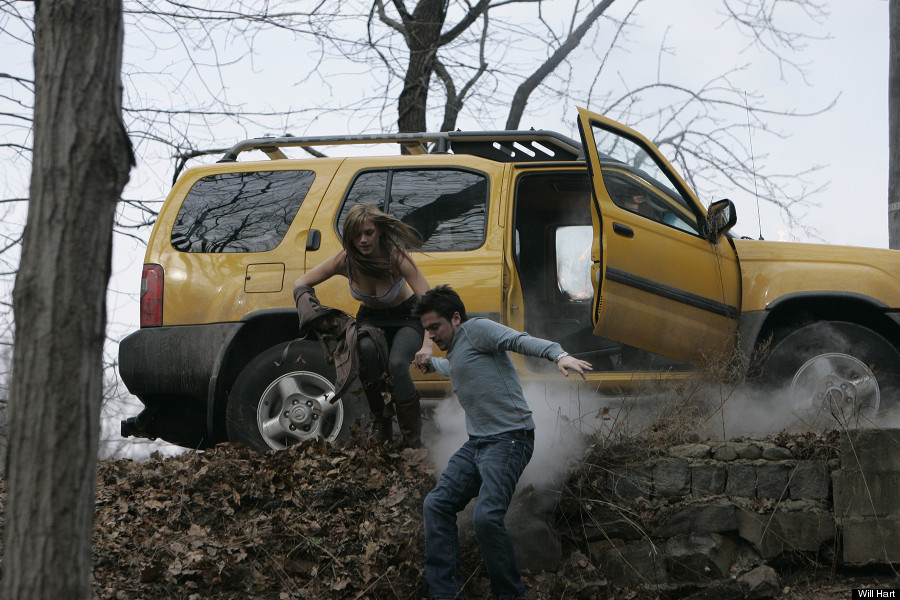 Episode Description: "Tony must now stay in hiding until Phil Leotardo has been dealt with. Carmela and the kids do not like the lifestyle they have been forced to adopt. Tony confronts Junior one last time."

"Focus on the good times," A.J. Soprano (Robert Iler) says during the show's series finale, and that's advice Chase himself thinks people should take when it comes to the much-derided character.

Chase cited "Made in America" as a highpoint for A.J., and was particularly fond of one line of dialogue. After A.J. almost sets his new SUV on fire by parking it on a pile of leaves, he's chastised by Tony and Carmela for his irresponsible behavior. "I am depressed," A.J. snaps back at his parents. "I'm supposed to go around looking for piles of leaves?" 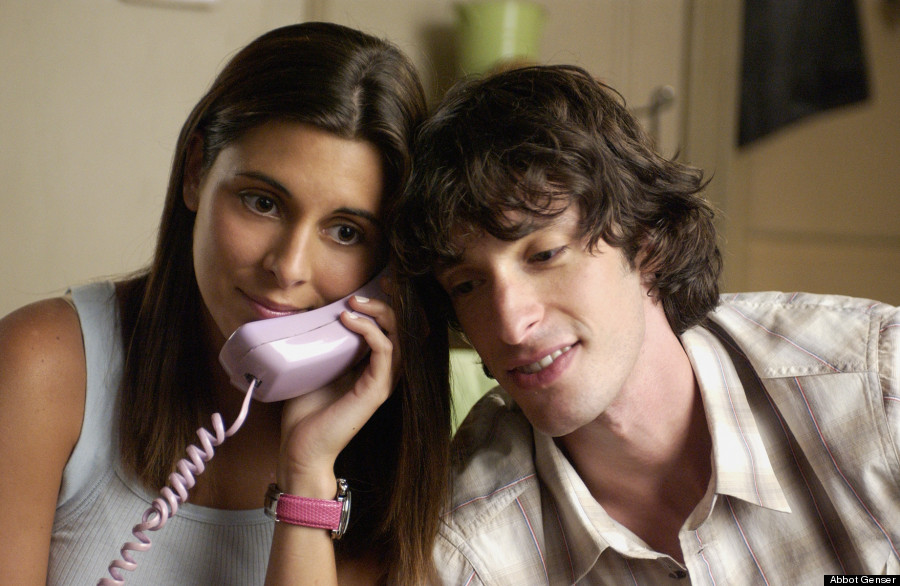 Episode Description: "Tony finds out that his cousin wants a bigger share of responsibilities, while Finn makes an embarrassing discovery about Vito."

Co-written by future showrunners Terence Winter ("Boardwalk Empire") and Matthew Weiner ("Mad Men"), "Unidentified Black Males" is one of those "Sopranos" episodes where an outsider is placed into the mob family's line of fire. Here it's Finn (Will Janowitz), Meadow's boyfriend. He witnesses mobster Vito Spatafore performing oral sex on a security guard one morning at a construction site and spends the remainder of the episode fearing for his life. This causes problems between Finn and Meadow (Jamie-Lynn DiScala, then Sigler). Their constant bickering, however, was something Chase found very appealing for the Sopranos' only daughter.

"He gets really mealymouthed about it," Chase said of Finn. "I thought Meadow was great in that episode." 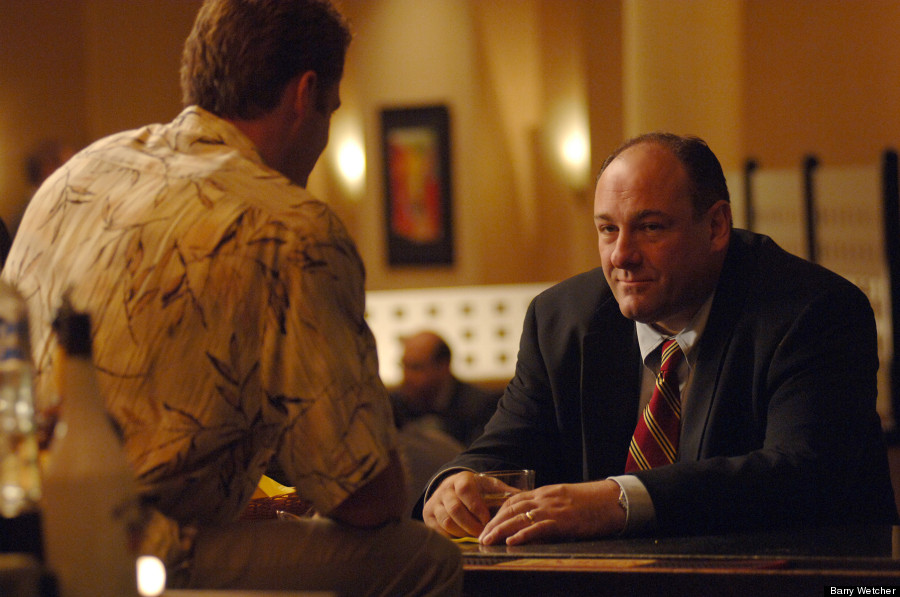 Episode Description: "The family tries to cope with Tony's hospitalization and possibly impending death, while Tony begins to hallucinate a new life parallel to his own."

Episode Description: "While the gang begins to turn on itself, Tony finds himself at the threshold."

To the surprise of no one, Chase had a hard time picking just one episode for Tony. "Because you also think: Is it him in the episode or is it the episode? He was also pretty good in the episode where Christopher dies, 'Kennedy and Heidi.' That was spectacular. He was just incredible."

In the end, Chase chose a pair of episodes as his favorites for Tony: "Join the Club" and "Mayham," two of the more divisive chapters in the history of "The Sopranos."

"People call those the big dream sequence," Chase said. Both deal with Tony, in a coma from being shot by Uncle Junior, living his life in a Purgatory-like state as a businessman named Kevin Finnerty. Taken as a whole, the episodes capture a level of ambiguous storytelling Chase would famously continue to explore up through the series finale.

"As we did more and more and more episodes, I began to think we could take more creative risks," Chase said. "We might do something that we couldn't pull off. I don't mean that the audience would like it or not like it, just that we wouldn't be able to pull it off. Those California episodes are like that. When I first started out in the business, I was working at Universal Studios. Another guy there, named Peter Fischer, he worked for John Mantley, the guy who produced 'Gunsmoke.' John said that the thing about making a TV series at Universal was that it was like making pancakes. Except when you burn one, you have to eat it. I became less and less concerned about having to eat the the burnt ones as time went on." 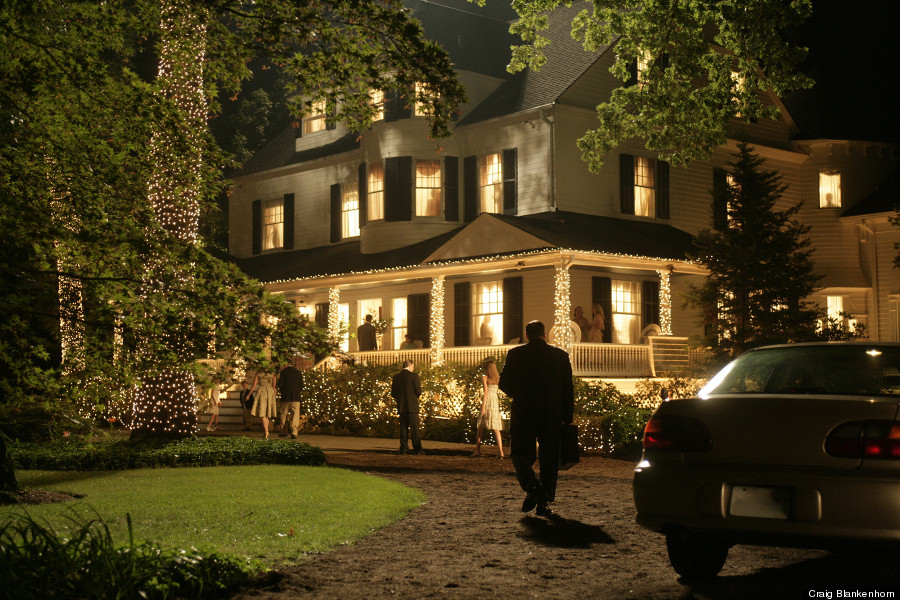 Showtime Elects Not To Renew 'The First Lady' For Second Season