Board of Supervisors President David Chiu has won a San Francisco mayoral race!

Well, technically, mayoral candidate David Chiu has won a race among his campaign staff to see who can get from City Hall to The Embarcadero the fastest using various forms of transportation.

Shockingly, everyone's boss, and his trusty Schwinn, was the winner.

Time spent parking, walking to/from various modes of transportation, going to the bathroom, getting a croissant, etc was included in everyone's final times.

Even though he's qualified to fly the Millennium Falcon (aka "the fastest hunk of junk in the galaxy") Chiu campaign mascot Chiubacca was forced to ride the bus and came in a disappointing fifth place.

Chiu, who doesn't own a car, assured the San Francisco Chronicle that he was "very careful" to obey all traffic laws as he rode down to the Ferry Building.

"I know first-hand the frustrations that people feel with their commuteslack of bike lanes, traffic gridlock, scarce parking, potholes that never seem to be filled, and a consistently late Muni," said Chiu immediately following the event. "I want San Franciscans to know that I am committed to encouraging greener transportation choices and to making it easier and safer to get aroundno matter what mode of transportation they choose."

Chiu claimed that The Examiner's Man vs. Muni columns, where the reporter Will Reisman tries to walk faster then various Muni vehicles, was the inspiration for the stunt.

On a related note, Chiu is currently vying for the endorsement of the San Francisco Bike Coalition. Bike coalition members can vote for their favorite candidates on the coalition's website until next Wednesday.

So what's the fastest way to get around San Francisco? Take a look at the various modes and how they stacked up below: 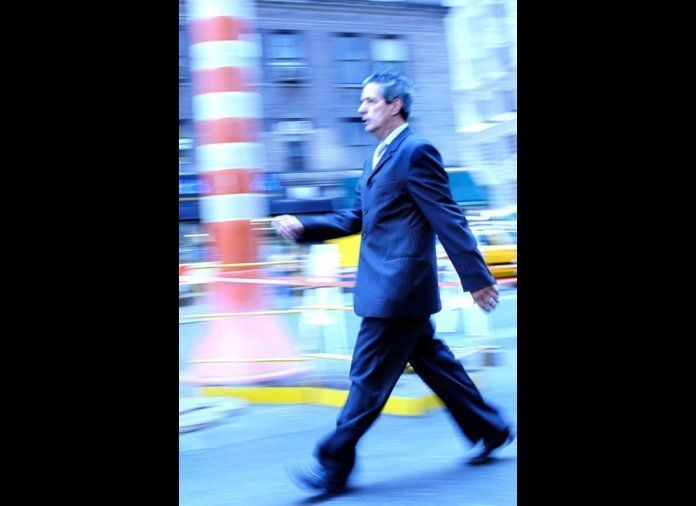