Crosby, 73, allegedly struck 46-year-old Jose Jimenez while driving near his home in the Santa Ynez Valley, near Santa Barbara. Jimenez was "propelled" forward by the impact, KEYT reported.

Jiminez was airlifted to Santa Barbara Cottage Hospital where he was treated for multiple fractures, abrasions and lacerations, Clothworthy said. The injuries are not believed to be life-threatening.

"Mr. Crosby was cooperative with authorities and he was not impaired or intoxicated in any way," Clotworthy told CNN. "Mr. Crosby did not see the jogger because of the sun."

Local resident Pete Ganvini told KEYT that the sun can be a problem for motorists on the stretch of road where the accident took place.

"If you don't have sunglasses or a visor it is impossible to see what's going on," Ganvini said. "This is a dangerous area. It is just not a good spot to be jogging."

Crosby was not injured in the crash.

"David Crosby is obviously very upset that he accidentally hit anyone," Crosby's public relations manager Michael Jensen told USA Today. "And, based off of initial reports, he is relieved that the injuries to the gentleman were not life threatening. He wishes the jogger a very speedy recovery."

According to reports, Jimenez was jogging on the road, moving in the same direction as traffic. In general, safety experts recommend that pedestrians move facing traffic when there is no sidewalk and they are forced to use the road.

Crosby was inducted into the Rock and Roll Hall Of Fame as a member of Crosby, Stills and Nash and as a member of The Byrds. He is also an acclaimed solo artist.

Crosby recently announced a solo acoustic tour; Crosby, Stills & Nash have a European tour set for later in the year. 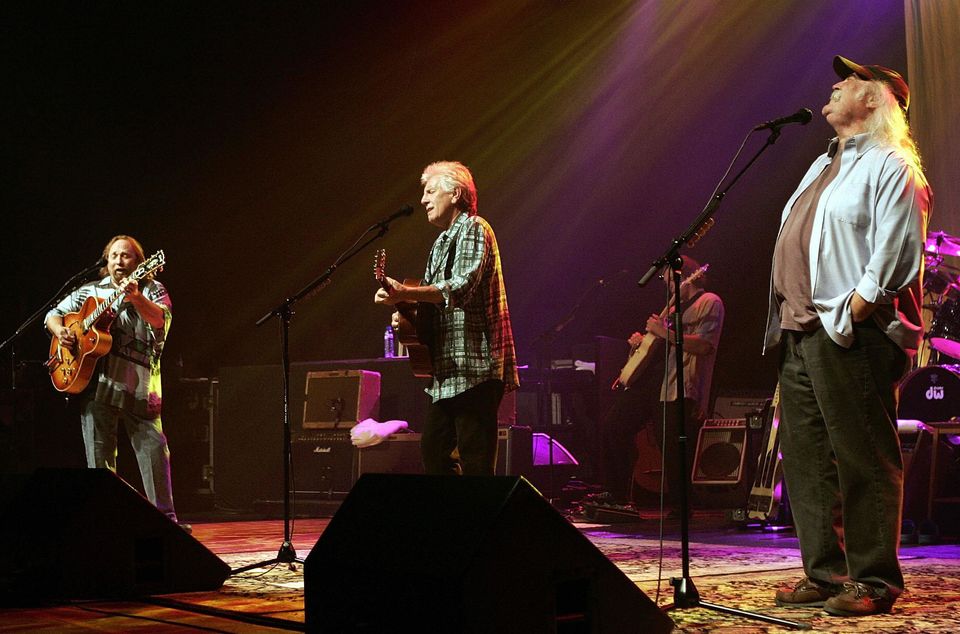