The University of California-Los Angeles announced Thursday that entertainment executive David Geffen has donated $100 million to the university's medical school. Over the next 10 years, the donation will allow the medical school to offer a four-year free ride to its top applicants.

The $100 million donation adds to Geffen's previous $200 million donation in 2002 -- when the program was named the David Geffen School of Medicine at UCLA -- and makes him the single-largest individual donor to UCLA and to any single UC campus. The gift is earmarked to cover the full cost of tuition, room and board, books, supplies and other expenses for up to 33 medical students, representing 20 percent of available spots in the program. Students will be selected on merit, and admissions officers will consider all incoming students to be automatically eligible.

In a statement, Geffen, 69, said he wanted to help students in the face of growing medical student debt.

"The cost of a world-class medical education should not deter our future innovators, doctors and scientists from the path they hope to pursue," Geffen said in a statement. "We need the students at this world-class institution to be driven by determination and the desire to do their best work and not by the fear of crushing debt. I hope in doing this that others will be inspired to do the same."

Some 79 percent of medical school graduates in 2012 carried more than $100,000 in debt, and 36 percent had more than $200,000 of debt upon graduation, according to the Association of American Medical Colleges. The average debt for a medical school graduate is $166,750. While they can expect a relatively high salary, their debt also translates to minimum monthly payments of anywhere from $400 to $2,200. As The New York Times notes, the median annual tuition for attending classes is now more than $32,000 at public medical schools.

"We were in awe of the sheer amount of the donation," Christine Thang, a second-year medical student at UCLA, told The Huffington Post. While it helps incoming students, Thang noted it will "free up a lot of money for our financial aid office to redistribute aid to current students."

Dr. A. Eugene Washington, dean of the David Geffen School of Medicine, told HuffPost he was "thrilled to have this kind of support" and said it would allow students to "pursue their passion for what they want to do in life, free from the burden of student debt." Washington said if students don't have to worry about debt, they're free to pursue less lucrative practices in primary care or pediatrics.

"There is a shortage of primary care physicians, and you have to go into the field because you love to help patients, [but] there are some who are turned off by primary care because the benefits might not be as high," said Thang, who's considering a career in pediatrics.

Thang also said students may hesitate to pursue careers in medicine because, as she did, they have accumulated undergraduate loans, though she added, "There's certainly no shortage of applicants."

Washington said Geffen's previous $200 million unrestricted gift both helped the school provide some financial aid and allowed it to recruit and retain top faculty who conduct research and treat patients at the medical center. He said he hopes Geffen's latest gift inspires other philanthropists to donate to universities.

Geffen, whose net worth is estimated by Forbes to be $5.6 billion, previously donated $5 million to UCLA's Westwood Playhouse, which was renamed the Geffen Playhouse. Geffen founded Asylum Records, Geffen Records and DGC Records. He also co-founded DreamWorks SKG.

Washington said he expects the new $100 million gift to fuel the David Geffen Medical Scholarship Fund for at least a decade. 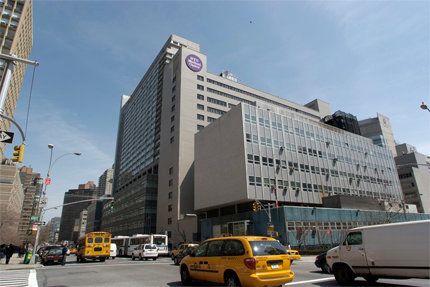