David Kuhn is jogging through every perimeter state in the U.S., a distance about the equivalent of 420 marathons. It's a feat many would consider admirable, even before knowing he's a blind, 62-year-old grandpa.

Every step Kuhn takes on the 11,000-mile journey is for his 12-year-old granddaughter, who is living with cystic fibrosis. Raising awareness about the debilitating disease through his travels, Kuhn is hoping to garner $500,000 in the next 18 months for the Cystic Fibrosis Foundation, according to CBS News Minnesota. Supporters can follow Kuhn's travels through his Facebook page, titled "It's All I Can Do," which announced Tuesday that Kuhn had surpassed the $5,000 fundraising mark.

"My pain, my suffering, my struggling is nothing compared to those," Kuhn told the news source, comparing the run's challenges with the difficulties of living with cystic fibrosis.

About 30,000 people in the U.S. are living with the life-threatening genetic disorder that primarily affects the lungs and digestive system, according to the Cystic Fibrosis Foundation. People who have the disease experience persistent coughing, frequent lung infections, poor growth and slow weight gain, among other symptoms.

Kuhn, whose says his only functioning eye allows him to see as if he's looking through waxed paper, told CBS News Minnesota that he prefers to jog alongside a partner or within the confines of a high school track. Starting in Seattle in May and passing through the Twin Cities of Minnesota earlier this week, Kuhn uses a GPS tracking device to record his mileage.

To Kuhn, who pointed out on his website that his granddaughter may live out her life expectancy before he does the same, any step he can take closer to ending cystic fibrosis is a step in the right direction.

"I don’t know how many nails it will take to build a coffin for [cystic fibrosis] and bury it," he wrote on his website. "But, if I can add just one more to the count, it’ll be a good life."

To donate to Kuhn's mission of fighting cystic fibrosis, visit his website.

This Blind Grandpa Is Running 11,000 Miles Around The U.S. To Raise Funds For Cystic Fibrosis
Blind Baseball 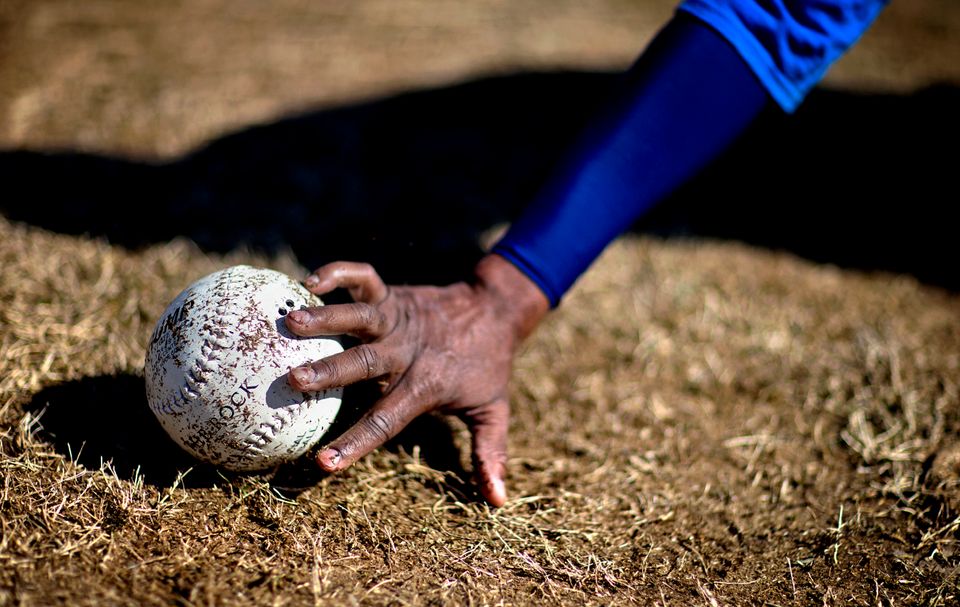 1 / 12
Jimmie Burnette
Jimmie Burnette, who lost his vision to a brain tumor in 2010, reaches for the ball which beeps during a blind baseball workout in Atlanta on April 6, 2013. Players use their sense of sound to make up for their lack of sight. (AP Photo/David Goldman)
AP