Lit lovers might recognize the title of the exhibition, "Earth Laughs In Flowers," which takes its name from Ralph Waldo Emerson's poem "Hamatreya." In Emerson's work, flowers are amused by our arrogance for refusing to acknowledge our own mortality. To wit, "Earth laughs in flowers, to see her boastful boys / Earth-proud, proud of the earth which is not theirs..." We have a feeling these photos will make you look at those Valentine's Day bouquets a little differently, no? 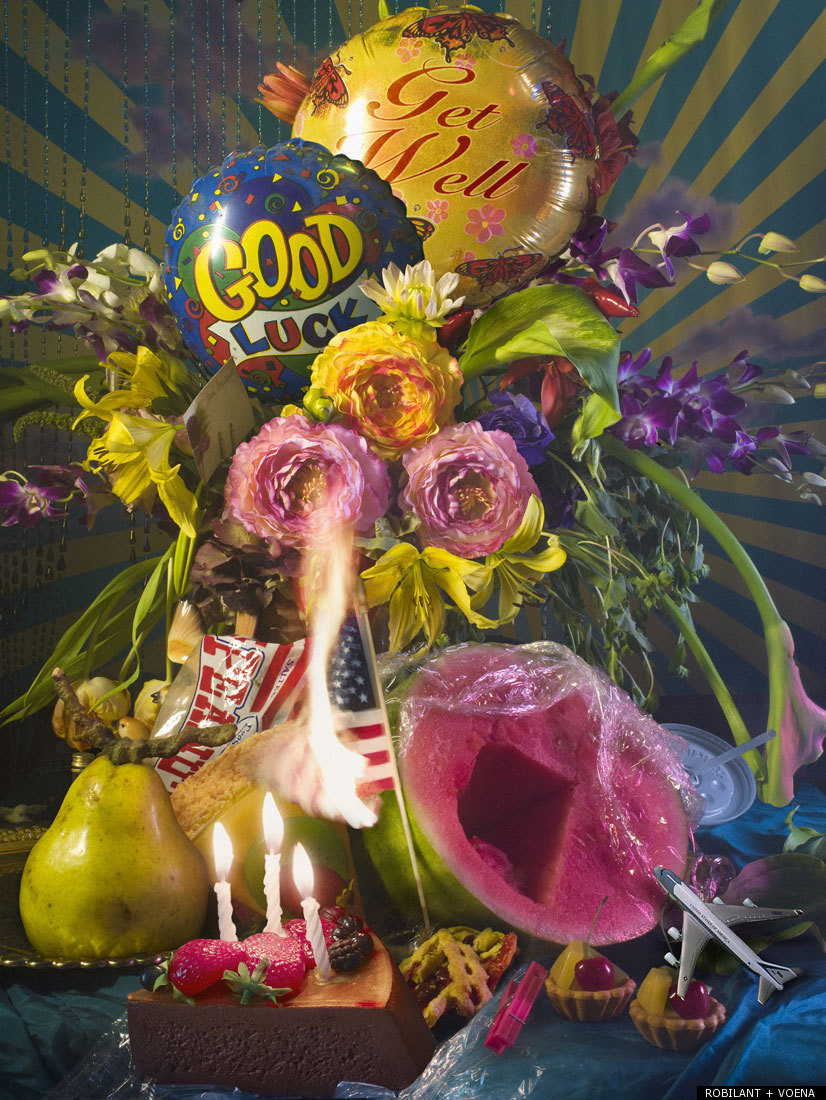 With their fleshy and trendy adornments, LaChapelle's pieces remind us that everything eventually dies. The longer you look at the works, the more grotesque they become, rotting before your very eyes. Fads and candied thrills keep on shining as the petals begin to wilt, placing a literal death against a metaphorical irrelevance. Troll dolls and blood spattered goblets show decay isn't coming, it is here. No matter how ripe or juicy it may be, nothing is immortal ... except, perhaps, the art itself. 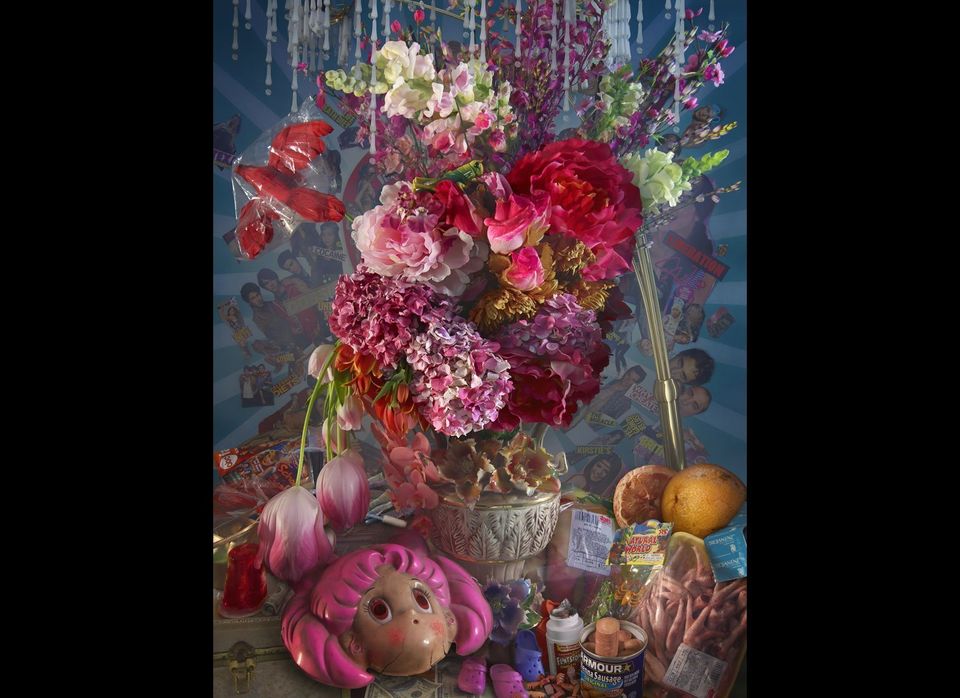