For years, David LaChapelle's photographs followed an addictive recipe: lots of sugar, lots of sex and a dash of spirituality. His unabashed love of all things artificial turned celebrities into divine beings. Whether it was Kanye West as Jesus, Courtney Love as Virgin Mary, or Michael Jackson as an archangel, LaChapelle often merges the sacred and the profane.

However, his current exhibition, entitled "Still Life," is an eerie foil to his classic approach. Instead of glowing figures ascending to holy ranks we see familiar faces cracked, discarded, and devoid of life. The photos below were taken after vandals broke into the National Wax Museum in Dublin in 2007; they disrobed Adolf Hitler, stole Fred Flinstone and left around 50 figures in various states of disarray. LaChapelle captures the museum debris with his camera, showing the Ozymandias-like celebrities and politicians in pieces. Many of the smashed idols, like Leonardo DiCaprio and Madonna, were arguably tossed out of the cultural conversation just as violently.

Which comes to the point: The most shocking thing about LaChapelle is his sincerity. The Guardian's Elizabeth Day called LaChapelle "a genuine man caught up in a superficial world." Read on to hear LaChapelle on the exhibition, Adele, bullying and living as an artist with manic depression. Scroll down for a slideshow of the exhibition. 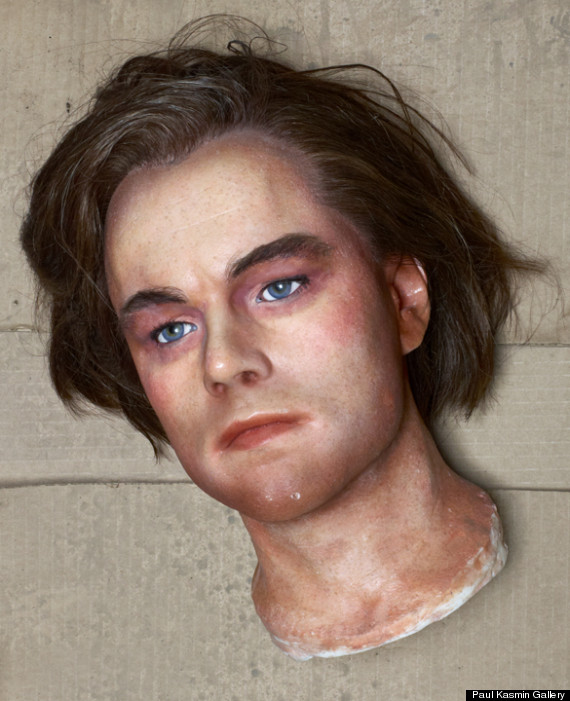 HP: How did you become interested in the vandalism in Dublin?

DL: My friend said I should come by and see this. I didn't think about taking pictures until I saw these facsimiles, which is a subject I've always been interested in. Facsimiles and replicas and people and look-alikes. There is something about the authentic versus the fakeness. I like the Eiffel Tower in Las Vegas more than the actual one.

Some of [the figures] were broken, and some untouched. It was very interesting to see what the vandals chose to damage and think about why. Politicians were all ripped apart but Charles and Queen were totally left alone. The Last Supper replicas also were not touched.

HP: Some of the ruined wax dolls are of celebrities you've photographed in person. What did that feel like?

DL: As you are working on a project like this you start understanding why you are drawn to it in the first place. At first its very intuitive and only later can you understand what everything means. In Hollywood, for instance, the heads that were vandalized were the "retired heads" in storage bins. They were already banged around, deteriorating, with skin that was flaking or broken. People that had been forgotten, stars that had been forgotten.

The first time I heard the idea of a person becoming "irrelevant" was working for fashion magazines. It is strange to think of an expiration date put on an actor or pop star. Even politicians have to look good. I like thinking about the fragility of the human flesh and our bodies -- our decay and eventual death.

HP: You were one of the early pioneers of mixing pop icons and religious icons, sexuality and spirituality, fame and immortality. Do you feel like the shock factor is gone with celebrities like Lady Gaga and Nicki Minaj?

DL: I have never tried to shock people. I feel like we live in an unshockable society. Daniel Pearl being beheaded was the most downloaded thing on the Internet for a while. People are very desensitized to all of it. I think shock value — it's really flat. Gaga is talented and Nicki is very talented as a rapper but shock value doesn't really last. I think nothing could really shock people today. If you look at Adele, she has no gimmicks, she's completely real. People are hungry for that; they're looking to feel something.

HP: The gallery compares this exhibition to "Earth Laughs in Flowers." How do you see the two?

DL: Vanitas were very much about the idea of our youth and our beauty in spring of life, the summer of life, the autumn of life... the life cycle. Emerson's poem "Earth Laughs in Flowers" was also about that. We are on the earth and then we are sort of buried in it. These are still lives as images of people, it's very much about mortality, and also the idea of the retired. You are not of use to society anymore as a retired person.

People get devalued in Hollywood when they age, despite all their efforts to stay relevant and beautiful and young. They can't get jobs anymore. We love seeing our stars and their beautiful faces because we like seeing beautiful examples of ourselves. When they get older or, god forbid, gain some weight — the cardinal sin — that's just human. With these people we once idolized and loved and adored, suddenly they are publicly mocked and persecuted for aging because they are human. I think these pictures, to me, really pose this question: Why do we want these idols that we once loved to fall? 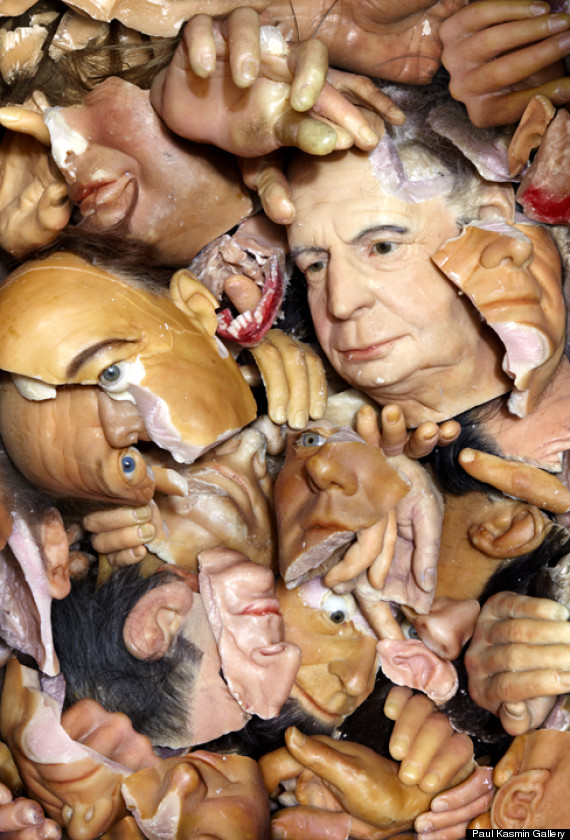 HP: Your photo shoot of 19-year-old Paris Hilton and her 16-year-old sister Nicky was pretty controversial at the time, considering how young they both were. How do you feel about the experience in retrospect?

DL: I think our obsession with Paris says more about us as a culture than anything to do with her as a person. Paris... she was really lively, she was one of those people who would walk into a room and light it up. Laughing and funny and bubbling, vivacious charisma. She is one of those girls you imagine in the 1920s dancing on tables. She was 19, super fun, beautiful to look at.

Our friend was in the hospital when the war started and the only English channel was CNN. And the news was "Paris being arrested" and back to the war, and then "Paris being arrested" again... back to the war. It was really fucking insane. It was surreal. But we've always had "It" girls, whether it was Edie Sedgwick or Clara Bow. There were always girls that didnt have big careers but they captured the public's fascination because of how they dressed, how they lived. They were free spirits, young and beautiful, and they didn't give a damn.

HP: How has bipolar disorder affected your artistic career?

There was this period where I made my three books. It was such an insane output of work and each one required lots of prep and set building. When I look at it I can only laugh and say, "Oh man!"

As long as I get my sleep, I've found other ways to deal with mania and depression. Really strenuous exercise is really good for me. There is this great book called "Lincoln's Melancholy," in which Lincoln said the only thing that would relieve him was running through the woods and chopping wood until he was super sweaty. For me it's about exercise [and] breaking a sweat every day. With mania is it dangerous to ride that euphoric feeling. You feel very animated and creative; I would fill journals with drawings. It feels good and you want it to last, but it can lead to being delusional. The delusions can be as real as you thinking you can fly. Or you think you can walk across traffic without getting hit, which is what I did. The police treat you as if you were a drug addict becuase that is what they assume. Then when you're not on drugs they send you straight to the psych ward.

HP: In interviews, you've mentioned getting picked on as a child. Do you have advice for others who are bullied?

DL: I was really glad to see the campaign for "It Gets Better" because high school was really difficult. When you get older you find other ways to express yourself but when you're [young] it's your wardrobe. My mother said to dress normal, but I didn't want to be like the normal kids; they were bullies, they were mean. So it's really a Catch 22.

It can be deceiving with [Lady] Gaga who is this protector figure in [young gay kids'] heads. But she is not literally in their Midwestern towns where they can get seriously hurt. We are not in the age where kids are totally safe yet. There have to be teachers and principals and school systems. Kids have to be protected. So many people talk trash about celebrities that people dismiss it, but for high school kids these things are much more serious. You haven't had your heart broken yet, you don't know that these things pass. Kids should be strong but really they should do something about the school system. I am not just talking about being gay but being different.