The Oscars are coming up in less than two weeks and once will be again without a host.

That’s fitting considering this year marks the 25th anniversary of the one time David Letterman hosted the show, an event so notorious it has been called “the gold standard of Oscar bombing.”

Letterman, for his part, describes his performance as “an explosion of excrement” in a new interview with the Hollywood Reporter.

How come? Well, things went south after the talk show host opened with a joke so random that it has since become a part of pop culture.

“I’ve been dying to do something all day and I think maybe we can take care of this,” Letterman said at the start of the March 27, 1995, telecast. Directing his gaze at two members of the star-studded audience, he said, “Oprah? Uma. Uma? Oprah.” Letterman paused before adding, “I feel much better. Have you kids met Keanu?”

Letterman explained to the Reporter why he thought it was funny:

“In my mind, we have these three people, highly respected and of great status in the popular culture, in the same room, so it’s not like we’re introducing ‘Linda’ and ‘Diane’ to ‘Bob.’ We have Oprah — I don’t know that I know another Oprah, although there probably are hundreds of them now; same with Uma; and Keanu, I barely care about, but nonetheless, it’s still a different name. And I just thought, “Oh, this will be so fun and lighthearted.”

As you can see in the video below, Oprah Winfrey, Uma Thurman and the other stars politely laughed. However, the audience wasn’t so enthusiastic when Letterman repeatedly said, “Oprah? Uma. Uma? Oprah” at other points during the broadcast.

“Oh. I was trying to save myself. ‘If you have an extra life raft, throw one to me!’ That’s what I was trying for,” is how Letterman justified the repetition of the gag. “It must have been pure survival instinct.”

At the time of the broadcast, Letterman was beating NBC’s rival late-night talk show in the ratings. After the show, Jay Leno became No. 1 in late night. Letterman thinks the Oscars played a role.

“I think that had to be a factor, because I think people who theretofore didn’t know what I was up to got a really close look,” he laughed to the Reporter. 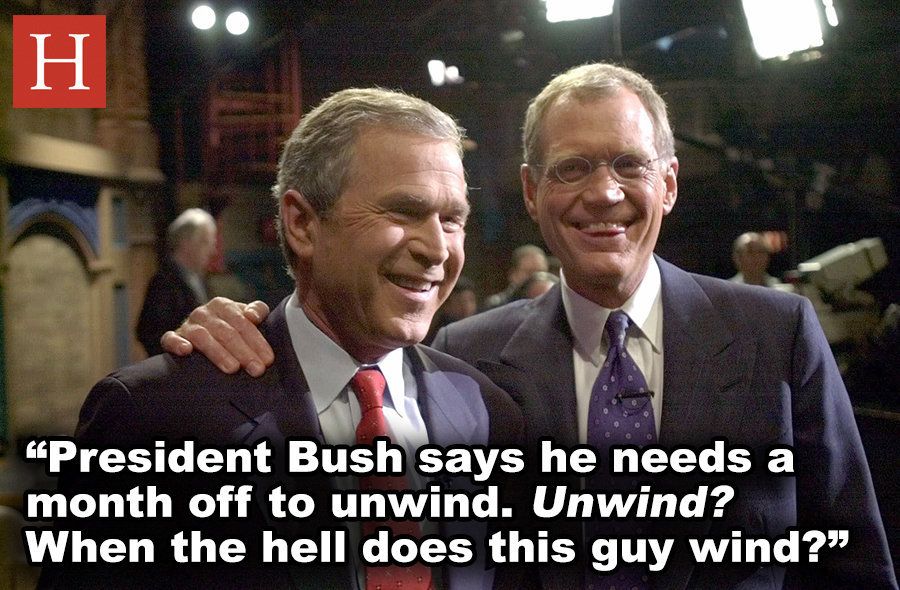