WASHINGTON, Oct 22 (Reuters) - David Letterman, a pioneering entertainer who was the longest-running host of late-night TV in U.S. history, was honored on Sunday for his contributions to American culture.

After-hours television was built around the set-piece interview and guest appearance when Letterman’s “Late Night” broke the mold in 1982 with absurd pranks and send-ups.

Everyday viewers went on his show to present “stupid pet tricks.” Behind his desk, Letterman could be serious, dry and cerebral. But he often volunteered for oddball pranks. In one well-known stunt, he worked a shift at a Taco Bell in suburban New Jersey, taking pickup orders.

In another sketch, Letterman was dunked in water while covered in Alka Seltzer tablets.

Receiving the Mark Twain Prize for American Humor at the Kennedy Center, the national showcase for arts, Letterman, 70, was praised for his imagination, comic daring and heart.

Many younger comedians, including current late-night host Jimmy Kimmel, have described Letterman as a major influence.

Before Kimmel’s on-stage tribute to Letterman, the entertainer recalled one of his favorite, offbeat moments.

“Dave brought this doorknob out. And he put it on a table. And he said ‘It’s just plain big.’ That was it.”

He won multiple Emmy Awards, television’s highest honor, for his work as a writer, performer and producer.

The Indiana native made his first of 22 appearances on “The Tonight Show Starring Johnny Carson” in 1978. After hosting “Late Night” for 11 years, he moved to CBS in 1993 after losing out to longtime rival Jay Leno to succeed Carson at “The Tonight Show.”

On Sunday, comic friends teased Letterman about his late-night wars with Leno and retirement but the honoree struck a poignant note in his acceptance speech.

“Mark Twain’s definition of patriotism is this: Patriotism is supporting your country all the time and your government when it deserves it.”

In 2012, Letterman was recognized for his contributions to the arts and American culture at the Kennedy Center Honors, a lifetime achievement awards for performing artists.

The Letterman tribute will be aired on public television stations on Nov. 20. 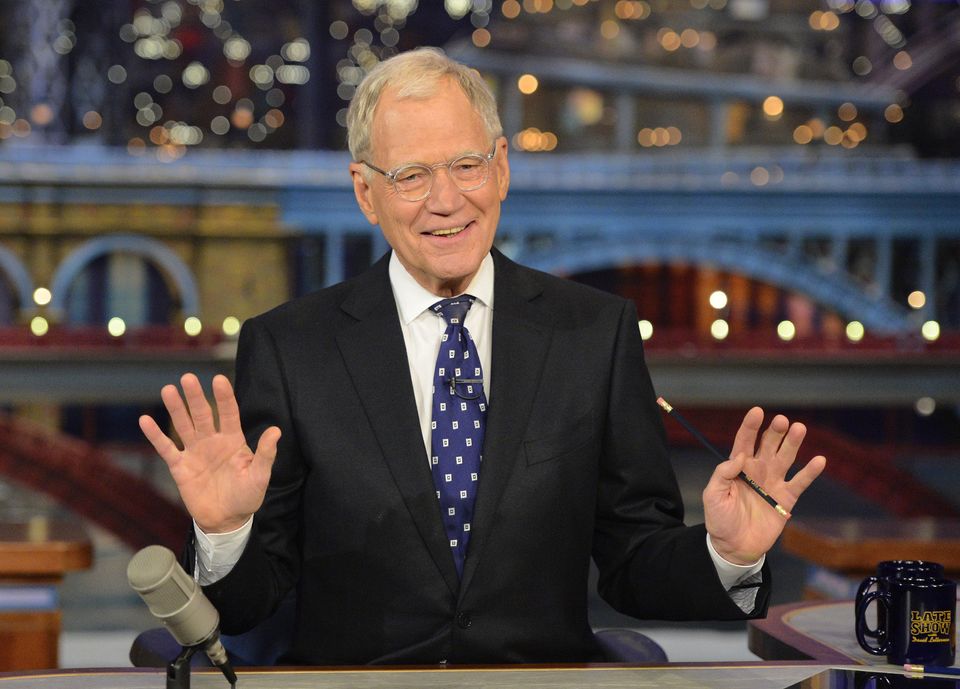 1 / 13
Pre-beard, May 2015
It's&nbsp;hard for us all to recall a time when there was no beard at all, like during the final broadcast of the "Late Show with David Letterman" in&nbsp;May 2015.
CBS Photo Archive via Getty Images