"What makes theater theater?" David Levine asked during our phone conversation. "The ritual surrounding it or the content itself?" This question is at the heart of Levine's experimental play, "Habit," a combination theatrical performance, gallery visit and 9-5 work day. 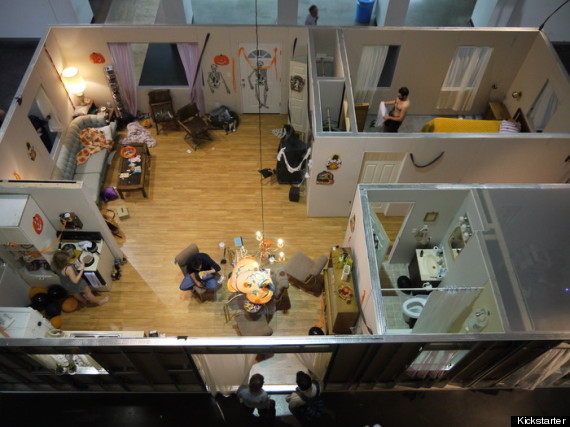 Described on Kickstarter as "The Real World" meets "No Exit," "Habit" has an uber-conventional script written by uber-experimental playwright Jason Grote. The piece stars three characters and takes place in an American ranch house. While the script is conventional, the performance itself is anything but. "Habit" strips theater of its usual smoke and mirrors, removing the tickets, curtains, seats, and spotlight. Instead, "Habit" is taking on the norms of an art gallery, allowing visitors to enter for free, mull around, and watch for as long as they please -- whether it be five minutes or five hours. 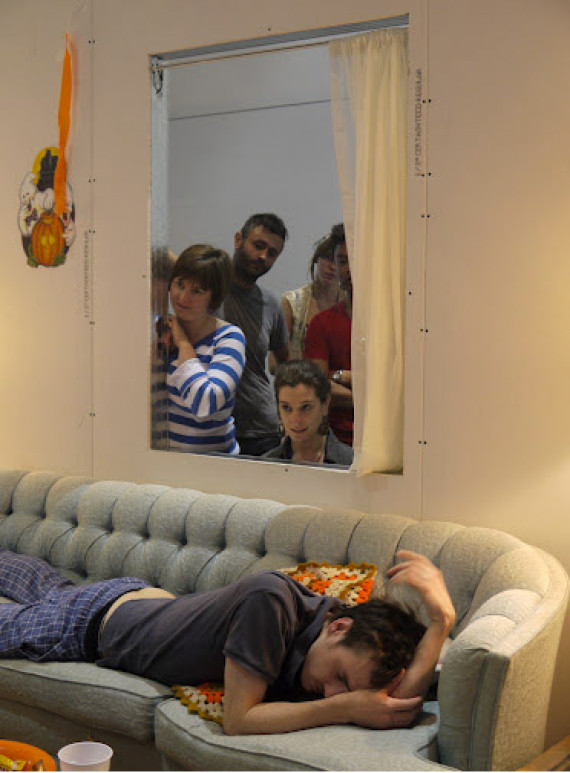 Although "Habit" has approximately 90 minutes of dialogue, it will be performed on loop for eight hours a day, ten days in a row, like a video installation on view in a gallery. Although the language is fixed, the action is all improvised, emphasizing the inimitable and improvised nature of all theater. The set is an American ranch home designed by Marsha Ginsberg with all working amenities, so throughout the eight hour performance actors can eat, bathe, change clothes and move around as they please. An actor may scream out lines from inside the shower or whisper them in a moment of passion. "When two characters lean in for a kiss, they may get so quiet you can hardly hear them," Levine said. "Normally, in a play you speak loudly while pretending nobody is listening. In that sense this piece is more like film." 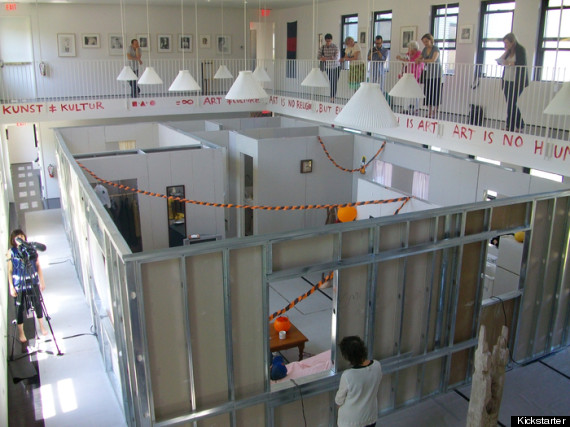 Because of the experimental nature of the piece, no performance is alike, and no two lines are alike. Similarly no two audience perspectives are alike -- each viewer can only glimpse some of the set at a time, making each visitor choose his or her experience like a choose-your-own adventure novel. "There is always a dirty old man who follows the girl character into her room to watch her change," Levine said. "But then they are missing out on the dialogue It is a choice." 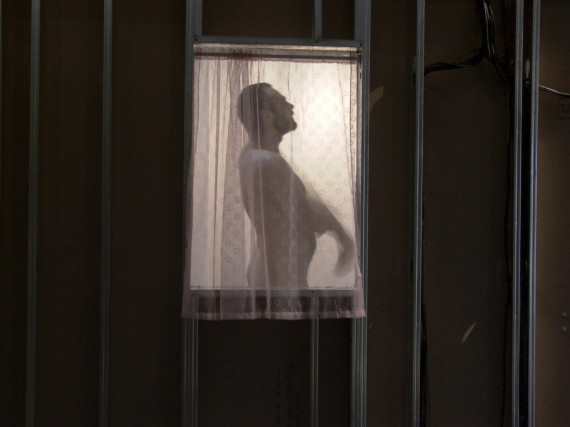 "The Real World" manages to squeeze spectacle out of banal interactions, and "Habit" almost attempts to make melodrama banal by playing it on loop, while the characters eat a sandwich. I asked Levine about the relationship between spectacle and banality in the show. He responded: "The thing with reality shows is, the rap in the shows is that they pretend to be real but are secretly fake. Theater pretends to be fake but it is secretly real. You have this event that happens once a night and it is absolutely magical; it seems effortless and great. But when you have a long running play you are doing it 60-80 times, turning it into a grind. For you, it's a job you're doing." Levine has long expressed interest in the relationship between acting and labor. In 2007 he had his lead actor plant potatoes in character from 8 a.m. to 6 p.m. for days, testing what would happen if an actor spent more time "in character" than "out of character." 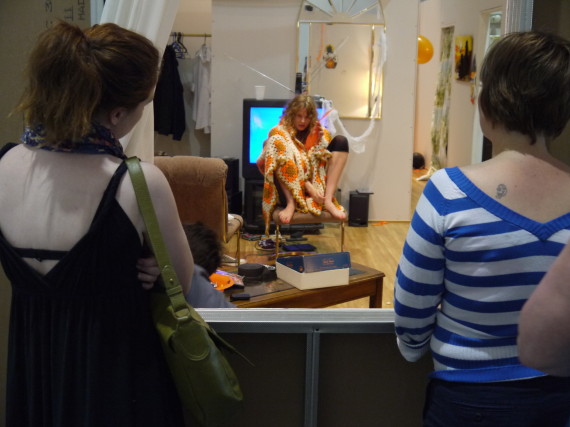 While actors certainly realize the work that goes into not just preparing but physically performing a show, the audience is often too successfully tricked by the actors' illusion of the first time. Levine condenses the hours of labor into 8 hour days, showing the recursive grind of an actor's work. But is he worried that without the conventions that give theater its escapist, spectacular magic, that the audience will get distracted and refuse to give the piece the attention it deserves? Levine responded like a scientist, putting all the variables on the table and preparing to watch them interact. The audience can talk, can leave, can come back as they please. But even with all the shuffle, Levine seemed to possess a faith in acting as the core magic of theater.

"Habit" is currently raising funds on Kickstarter for its performance at the Essex Street Market in New York. The co-presenters of "Habit" are Performance Space 122 and the French Institute Alliance Française (FIAF)’s Crossing the Line 2012 festival. All performances will be free.