HuffPost has already canvassed director David Lynch on his famous obsession with coffee. Now there's another food item getting the powerfully weird Lynch seal of approval. This may be the first time quinoa has seemed dangerous:

The amazing tutorial seemed to come out of nowhere, but Dangerous Minds notes it's actually from the DVD extras footage for the 2006 Lynch movie Inland Empire. A video that apparently made the rounds years ago, "and then the lawyers got involved and it was pulled down."

It's now split into two parts, both ominously lit and dripping with Lynch's signature combo of brusqueness and a perfect sense for the bizarre. If you watch part two, embedded below, don't lose hope: it starts out with an unrelated anecdote, but quinoa prep is not far away. This is serious business! There's even a Food.com entry entitled David Lynch's Quinoa, complete with a single review. An extract:

It's really delicious! But very salty. I did it straight up the way he suggests, but did not add boullion. If you want fluffy quinoa, soak it a little before cooking, because it can be kind of pebbly if you don't.

After watching Lynch steal the show on Louie, and now this, we're with the crowd here: can Lynch have his own show already? We're guessing the quinoa lobby is already writing "real, real, real tight little grains" into a commercial. 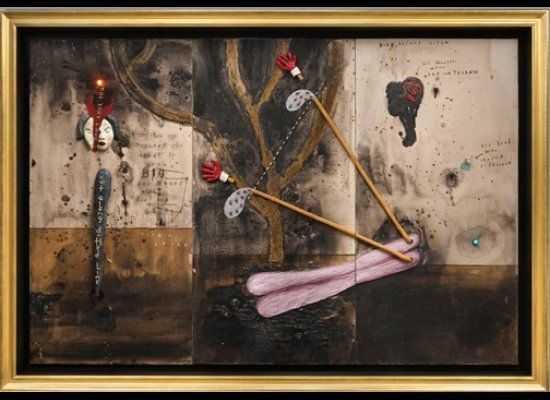