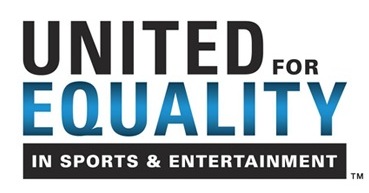 This week I talked with David McFarland, the founder and CEO of United for Equality in Sports & Entertainment (UESE), the nation's first and only organization dedicated solely to advancing and achieving equality in sports and entertainment for the LGBT community. With the controversy over the upcoming 2014 Winter Olympics in Sochi, Russia, I thought I'd get his perspective on the situation. I talked with him about Russia's anti-gay laws, how this contentious situation will impact the Winter Olympics, and his spin on LGBT issues in the U.S.

When asked what his position is on Russia's anti-gay laws, especially with the 2014 Winter Olympics coming up in February, McFarland stated:

What we're seeing in Russia is one of the key reasons I developed and launched United for Equality in Sports & Entertainment. Little did I know we would see this happen in a nation that decriminalized LGBT people in the early 1990s. My global perspective on this issue is most closely related to the LGBT human rights work that I do with the United Nations and in African nations like Uganda. What's happening in Russia right now after passing one of the most cornucopian anti-gay laws in the world is a major human rights issue that the world needs to pay attention to and stand up, speak out about; it's horrifying and unacceptable. Unfortunately, what we are seeing are attacks and violence against LGBT people -- you know, torture, etc. Frankly, it's officially sanctioned violence against LGBT people, and it's no secret that Putin has turned a blind eye towards this violence. Young gay youth, as we know, are being tortured and beaten in the streets, bullied and even murdered, and kidnapped to go to who knows where by Russian authorities. The International Olympic Committee, the United Nations and leaders of all nations and governments across the world need to speak out, stand up and help bring an end to these human rights violations and put pressure on the Russian government and President Putin. And this pressure needs to happen on all levels to end this horrific event.

David McFarland is the former executive director, CEO and board char of the Trevor Project, the leading national mental health organization providing crisis intervention and suicide prevention for LGBT youth in the U.S. McFarland has spent the last year developing and building the infrastructure and mission of UESE. Recently UESE and its partners have requested that the International Olympic Committee require the presence of a community-based Pride House at all Olympic Games to encourage dialogue and exchange on issues of discrimination and visibility for LGBT athletes and the LGBT sports movement.