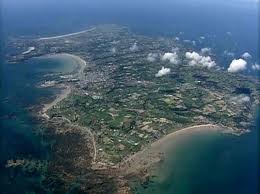 Before David Miranda was detained for nine hours at London's Heathrow Airport, there was me.

The news of Miranda's detainment came while I was cooking dinner in my kitchen, where I make my home in Vermont. It was early evening on a Sunday when, simultaneously, my mobile phone and email blew up. A longtime Wall Street source sent me a link to a New York Times story about Miranda's travails, along with the following message:

Reminded me of your experience. Seems these Brits are thugs dressed in borrowed garbs, speaking borrowed words.

Reading Miranda's account of his treatment - no explanation, no access to his own lawyer, no contact with the outside world, not even his family or his partner, investigative journalist Glenn Greenwald - I remembered the day I was detained, stripped of everything I owned, including all proof of my identity, and locked up in the basement of Heathrow while researching VIP child abuse in the British Isles.

Many times since the news breaking of Miranda's treatment, I have wondered, if the U.K. Border Agency could not hold Miranda longer than nine hours under Schedule 7 of the terror laws, what did that mean about its detaining me for over 12?

During my 12 hours in captivity, I was not accused of committing any crime or breaking the rules of my visa. In fact, I was using the same visa I had used for almost a decade to do research in the U.K., including while writing stories for The Financial Times, Forbes and Fortune.

My crime was researching a topic that the British authorities preferred I did not.

It was Sept. 11, 2011 - the 10-year anniversary of the terrorist attacks in New York. I was glad to be leaving the city, as it was on a high terror alert. I planned to stay in the U.K. for six days to see friends and colleagues before heading to Austria, where I'd accepted an invitation to speak at a bank conference alongside European bank governors and former U.S. Federal Deposit Insurance Corporation chairman Sheila Bair.

That wasn't all I was doing, however. I had just finished a journalism fellowship at the University of Colorado at Boulder and had begun working on my second book. The focus of my research: a highly political and secretive island off the coast of France called Jersey - the British Crown's wealthiest tax shelter and favored habitué of rich and powerful child abusers. (And yes, a wealthy family on the island once owned the state of New Jersey.)

My detainment came without warning. I arrived early in the morning and headed into the passport check, as usual. A guard asked if I would answer a few questions. I agreed, thinking nothing of it. But no questions were ever asked. Instead, I was escorted to a windowless room in the basement of Heathrow and locked in. At no time was I told that I was being taken into custody or why.

My luggage and personal belongings were immediately impounded. I was marched to a processing center where I was photographed and fingerprinted like a common criminal - only, unlike a criminal, I was not allowed a lawyer or access to my consulate. I also was handed a slip of paper that I still have today, which stated:

What did this mean? I could not get anyone to tell me.

That was the beginning of perhaps the most harrowing 12-plus hours of my life. What people do not realize is that a nine-hour detainment - or a 12-hour one, in my case - would be borderline tolerable if you knew how long it would be taking in advance.

What the U.K. Border Agency proceeds to do is something else entirely. For every minute you spend imprisoned against your will, the U.K. authorities are actively prepping you for the worst: that you will be held indefinitely, that you may disappear off the face of the earth without recourse or redress. And that feels a lot more like torture.

I was placed in a dirt-stained room with a latrine and no bed. I was left there for many hours. The U.K. Border officers spent this time rummaging through my things in an apparent attempt to reverse-engineer a case against me. They had no interest in speaking with me; to the contrary, all they wanted to do was get at my luggage. I am afraid I was a bit of a disappointment. None of my book research notes were with me on that trip. All I had were clothes and books and shoes.

My requests for information were ignored. I asked if I was being arrested; no one would tell me. I asked many times to call a lawyer or my consulate. The guards laughed at me. I asked, 'What are my rights?' Their answer: 'You have no rights. You are on the U.K. border.' After about eight hours, two U.K. Border Agency officers finally grilled me - first one, then the other - about my work, my finances, my living arrangements, the people with whom I associated and where I was headed. I was not allowed counsel. I told them I would be in the U.K. for six days before traveling to Austria. I showed them my onward flight bookings, arranged by the organizer of the event. The officers looked straight at them and accused me of lying.

The interrogation process was designed to be demoralizing and hostile. I was effectively human garbage, to be threatened with further imprisonment if I did not cooperate. I greatly empathized with Miranda's account of being in fear for his life and his security. No effort is spared by the U.K. authorities in putting you through immense isolation and emotional trauma in the starkest of Orwellian terms beneath the Heathrow Airport.

Once the officers were done going through my things and berating me, I was summarily thrown out of the country and banned from re-entering the U.K. - as well as the island of Jersey - for the next two years. To this day, the U.K. Border Agency has never furnished me with a clear reason why.

After getting ousted from the country, I sent for my things in Jersey, where I kept a foreign visitor-approved office and a pied-à-terre. The parcels, shipped by UPS, arrived weeks late - chopped up and razor-bladed all. It was apparent the boxes had been searched many times by many hands. Inside one of them, I found a slip of paper, which I have kept, stating that the shipment contained an unidentified "contaminant." To this day, UPS cannot explain what this is about and claims its investigation, which is ongoing more than a year later, has been hobbled by multiple delays.

Next month marks the two-year anniversary of my ouster from Great Britain. Since my detainment, my U.K. visa status has been fully restored through the collective efforts of members of the press, including The Guardian and the BBC. A social media campaign brought international attention to the plight of those suffering in Jersey and, through the herculean efforts of U.K. Member of Parliament John Hemming and Jersey politicians Trevor and Shona Pitman, I traveled for the first time back to London and Jersey this summer to continue my work with a group of U.K. journalists. I also was able to meet MP Hemming for the first time to thank him.

While much has been put right, the U.K. Border Agency has continued to act as a sort of rogue political body, breaking its own rules; blocking an objective investigation into my treatment at the border; denying administrative review of my visa; and, bizarrely, claiming that the video footage of my detainment had been destroyed, then informing me it had not.

Repeated requests for a copy of the full footage, to which I am entitled under the U.K.'s Data Protection Act, have been willfully ignored.

This past July, a group of MPs, led by Hemming, issued a parliamentary motion insisting on the release of my CCTV footage, as well as "details of the original process resulting in [Goodman's] ban in 2011 and a full explanation of the delays in her being provided with a visa in 2013."

The U.K. Border Agency has not responded, so today, MP Hemming is launching a Change.org petition urging U.K. Immigration Minister Mark Harper and Home Secretary Theresa May to stop stonewalling the release the "missing" footage of my detainment.

Every signature on this petition, which can be found here, sends a strong message to the U.K. and countries around the world that there will be rigorous pushback wherever journalists are treated as criminals or used as political scratching posts while pursuing the truth. Indeed, the ability of citizens around the world to knowledgeably debate issues of the day depends on it.

Writing this article was difficult, as the aftermath of detainment causes serious and lasting side effects. I still adore Great Britain and the beautiful island of Jersey. I cannot help it; they are in my heart.

My visa has been restored. But when I see fellow journalists trying to do their jobs and being harassed and targeted - such as Miranda and Greenwald - it is obvious to me that our basic human rights and crucial press freedoms are in peril and we must stand together to ensure they are not taken away entirely.

Author, "The Asylum: Inside the Rise and Ruin of the Global Oil Market"