David Moeller, a member of Germany's Olympic team, had a terrific Valentine's Day. He won a silver medal at the luge event, joining countryman Felix Loch, who secured the gold. Unfortunately, Moeller may have taken the celebration a bit too far.

The luge slider was biting his silver medal for a photographer, but he evidently bit too hard. Moeller broke a tooth and was sent to the dentist.

Thankfully, the damage was not severe: "It wasn't too bad and it didn't hurt but it is annoying when you can't smile as you normally do," he explained. Scroll down for a photo of Moeller chewing on silver. 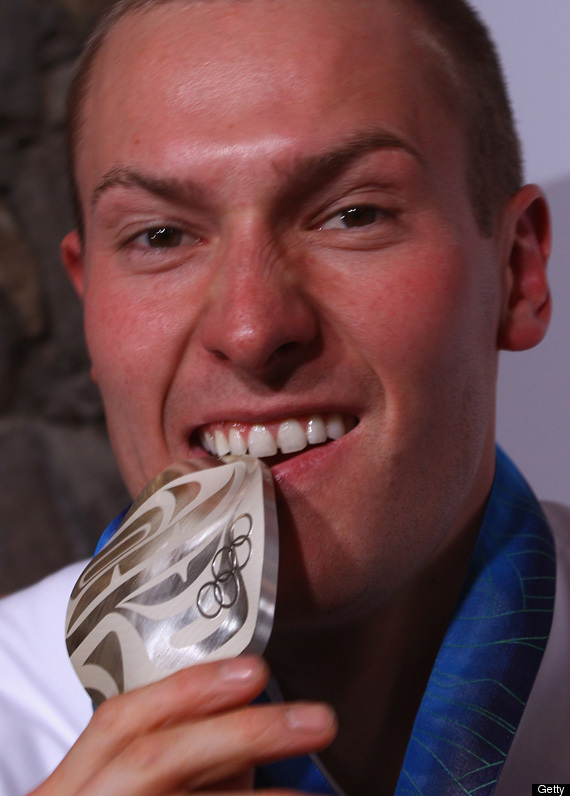