Montana state Rep. David Moore (R) is not a fan of yoga pants.

According to the AP, the Republican introduced a bill Tuesday that would extend the already-existing indecent exposure law to include any article of clothing that reveals the nipples -- men's or women's -- or "gives the appearance or simulates" one's buttocks, genitals or pelvic area.

"Yoga pants should be illegal in public anyway," Moore said, according to the AP.

Moore's proposal is a response to a a naked bike ride that occurred in Missoula, Montana, in August. According to NBC Montana, more than 200 people participated in the ride.

(See footage of the "Dare to be Bare" naked bicycle ride in Missoula here. If it wasn't obvious by the name, please note this is not safe for work.)

The AP has more on opposition to Moore's proposal:

Rep. Virginia Court, D-Billings, said she is concerned that the provision prohibiting garments showing the outline or appearance of a woman's nipple unfairly targets women. "I think you are kind of being a little prejudiced against women," Court said.

Currently, a person convicted of indecent exposure three times could be sentenced to life in jail and up to $10,000. In an effort to promote enforcement of the law, Moore said, the bill lessens that sentencing to not more than five years in jail and $5,000.

A first offense for violating Montana's indecent exposure law carries a fine of no more than $500 and six months in jail. A second offense carries up to $1,000 or one year in jail. Those punishments are unchanged in Moore's bill.

But Moore isn't the first Montanan to take action against yoga pants. A Montana high school received criticism for trying to ban yoga pants in 2014, with one student calling the policy "sexist and misogynistic."

“This tells women that our bodies are something that needs to be hidden," said Dayah Dover, a junior at the school.

As Mother Jones' Tim Murphy pointed out Wednesday, the Montana state legislature enacted a new dress code in December for the state capitol building that said women "should be sensitive to skirt lengths and necklines."

Read more from the AP on Moore's proposal here.

PHOTO GALLERY
Yoga Poses You Should Do Every Morning 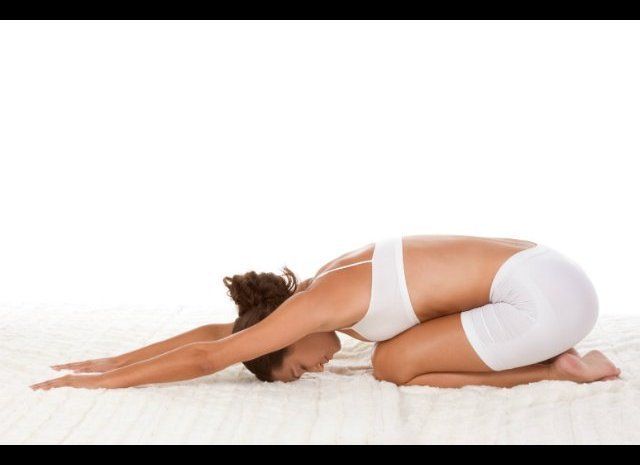 1 / 5
Child's Pose
Benefits: Calms and relaxes the body, slows the mind and opens the hips. Begin in child’s pose with big toes touching, knees out wide and fingertips reaching forward. Allow the hips to sink down toward the ground, with your forehead on the mat. Take some time to settle in here, perhaps swaying the hips side to side, rolling out the forehead. Take three deep cleansing breaths—big inhale with full expansion of the lungs and slow open mouth exhales—releasing everything out .<em>Photo Credit: Shutterstock</a></em> <a href=" http://www.theactivetimes.com/7-yoga-poses-you-should-do-every-morning-slideshow?utm_source=huffington%2Bpost&utm_medium=partner&utm_campaign=tyoga" target="_hplink"><strong>Click Here to See More Yoga Poses You Should Do Every Morning</strong></a>