Boston Red Sox slugger David Ortiz, however, may have topped them all with his celebration after a two-run homer in the seventh inning that gave his team a 9-2 lead over the Los Angeles Angels.

After he made his way around the bases, Ortiz went up to two soldiers sitting by the Red Sox dugout and hugged one of them.

According to the Associated Press, the soldier, Army Ranger Sgt. Lucas Carr, gave Ortiz a patch from the "uniform of a buddy that 'went down'" earlier in the game. 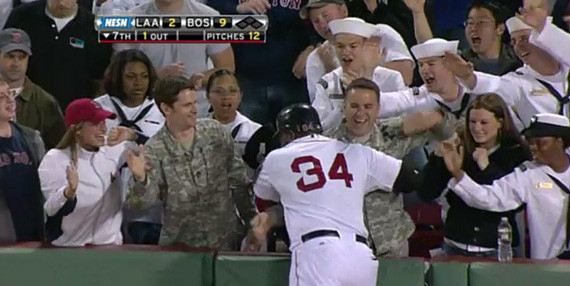