David Ortiz hit cleanup during the emotional pre-game ceremony at Fenway Park on Saturday. And he knocked it out of the park.

Making his return to the lineup on the same day that fans first returned to Fenway after the bombings at the Boston Marathon, the 37-year-old slugger capped a series of moving tributes and observances with a brief speech to fans, comprised of equal parts gratitude, fellowship and defiance. It also contained one exuberant f-bomb.

"This is our fucking city," Ortiz roared during his remarks to the delight of the crowd.

If Ortiz' unexpected curse word offended anyone watching the ceremony live on television then they might need to complain to someone other than the FCC. On Saturday afternoon, the official Twitter account of the Federal Communications Commission let everyone know it was fine with Ortiz' emotional utterance.

David Ortiz spoke from the heart at today's Red Sox game. I stand with Big Papi and the people of Boston - Julius

For those wondering who at the FCC is named Julius, look no further than FCC Chairman Julius Genachowski. 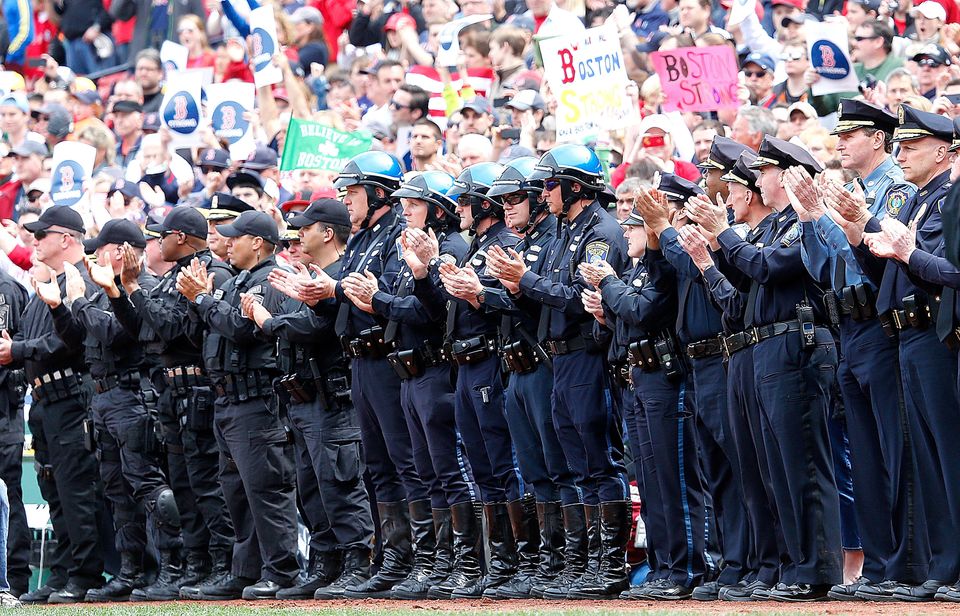 1 / 32
Boston Returns To Fenway Park
BOSTON, MA - APRIL 20: Members of law enforcement react during pre-game ceremonies in honor of the Marathon bombing victims before a game between the Boston Red Sox and the Kansas City Royals at Fenway Park on April 20, 2013 in Boston, Massachusetts. (Photo by Jim Rogash/Getty Images)
Getty Images