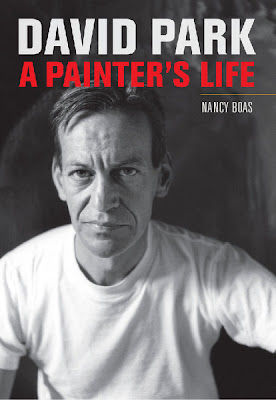 In the prologue of David Park: A Painter's Life, a newly published biography of the pioneering representational painter, author Nancy Boas describes the scene at Sotheby's New York on May 15, 2007. That evening, a David Park oil, "Standing Male Nude in a Shower," brought the impressive hammer price of $1,160,000. It was the first Park painting to sell for over a million dollars. As Boas notes, the 2007 auction indicated "the rising interest in his (Park's) place among mid-twentieth century artists." Since then four other Parks have cleared the million-dollar mark, including Park's broadly brushed 1959 nude in an abstract/edenic setting, "Louise," which brought a bit over $2.7 million in 2008.

In the same prologue Boas posits the notion that Park's development as an artist represented "a formal and ethical critique of Clyfford Still, who taught at the California School of Fine Arts in San Francisco in Park's era." Boas has more to say about this later on; the polarities and overlaps between the priestly Still and down-to-earth Park form some of the book's most original and interesting observations.

Speaking of Still, if you follow the art market, you likely know that a single 1949 Clyfford Still abstraction recently cleared $61 million at auction. In other words, if you use price as a measure of importance, Clyfford Still towers above David Park on a market basis. Still, a petulant artist who was described by the late critic Katherine Kuh as "an outspoken man periodically tormented by repressed fury," also now has a museum dedicated entirely to his work. Clyfford Still may have his own posthumous apotheosis in the form of eye-popping prices and a one-man museum, but it is Park who has recently received heartfelt tributes in the form of two written accounts of his life and art.

In 2009 Park's daughter Helen Park Bigelow published David Park, Painter: Nothing Held Back, a memoir which tenderly and insightfully narrates the story of Park's life and art, with an emphasis on his later years as she recalls them. Bigelow's book was followed, and complemented, by last month's long-awaited publication of Boas' full biography of Park. Together, the books vastly expand the possibilities of knowing the man behind the seminal paintings of the "Bay Area Figurative School." Park was a bracingly original artist and his life story is as rich and touching as his art.

Boas' book is the end result of decades of work; she began her interviews more than 20 years ago, before so many of those who had been close to Park passed on. David Park: A Painter's Life is the first full biography of a postwar California artist, a long overdue counterbalance to the biographies of Jackson Pollock, Willem De Kooning, Mark Rothko and Arshile Gorky that have appeared since the late 1980s. Along with Phoebe Hoban's 2010 Alice Neel: The Art of Not Sitting Pretty, Boas' book also seems to signal an increasing enthusiasm for American postwar representational art. It's about time.

Unlike many artist biographies, many of which seem to have author-driven agendas, this book does a wonderful job of letting the many voices Park's friends, family and associates tell the story of his life and artistic development directly and accurately. Boas, a disciplined, straight-forward biographer, is just the right person to memorialize an artist who strove to free his work of "arbitrary mannerisms."

A Painter's Life offers countless fascinating insights into Park and his development, including revelations about the artists who he was exposed to and influenced by early on. Who knew, for example, that 19-year-old Park had been present at a 1930 lunch given for the visiting French artist Henri Matisse? Park must have loved the loved the advice that Matisse offered to the throng of California artists: "Talk less. Work more." In the same year Diego Rivera and his wife Frida Kahlo spent over six months in Northern California, and Boas reports that Park soon after began to experiment with encaustic after seeing Rivera's encaustic paintings in the homes of friends and acquaintances.

Boas also reports on Park's rarely discussed experiments with non-objective painting. Although Park's abstractions had their admirers -- the artist Hassel Smith thought they were "great" and "handsome things" -- Park's close friend and colleague Richard Diebenkorn was more equivocal. "You didn't learn things about space or painting in his non-objective work," he commented, "you responded to the character -- to the courageous personality."

Courage -- moral and artistic -- is a theme in Park's life, and Boas gives the first thorough account of the artist's gutsy switch from abstraction back to representation. When Park showed his painting of a jazz band, titled "Rehearsal," in a group exhibition at the De Young Museum in early 1950, its approach was so contrary to the dominant abstract style on display that it was barely noticed. "I thought it was a joke," recalls artist Frank Lobdell. "The idea of somebody making such a drastic switch from one style to another just didn't occur to you."

Boas demonstrates that Park's rise as a painter was gradual and hard won. His artistic ascent was made despite decades of financial hardship and, after a terrible 1942 accident at his night job at the General Cable company, severe back pain. It was only a year or two before his death that Park told his friend Dorothy Baker that "at last he'd found how to paint." Park, who died at 49 of cancer, made his best works at the end of his career.

By committing himself to the depiction of the human figure, Park created a hybrid art that literally moved the abstract inventions of Clyfford Still, Park's antithesis, into the background where they provided a sense of tone and setting. "The vast sense of scale in Still's work finds and echo in Park's 'Bather and Ocean,'" reports Boas, who continues to suggest that Still's romanticism and sense of "nature ecstasy" forms the setting for Park's figure. "Park's work has an accessibility which Still's does not, It does not keep the viewer at arm's length or make itself hard to understand."

What David Park: A Painter's Life accomplishes is to deepen our understanding of an artist who celebrated humanity, friendship and connection. Just as Park put the humanity back into an era of abstraction, Boas brings David Park the man into the foreground in a literary and historical sense. She has given us a detailed, truthful, credible picture of a man who tussled with the lofty claims made for abstract art. Somehow he made peace with abstraction, but he had to do it by putting human presence, in all its beautiful imperfection, into the forefront once again.

Park was a leader who led by example and by friendship. "He was a very modest man, excellent manners, New England still there," recalls his daughter Natalie Park Schutz. "I have been fortunate: I get along with people," is what he told his family members and friends when he faced his last illness.

When I asked Natalie Park Schutz how she felt about Nancy Boas' book, she had high praise: "The single outstanding thing for me, a daughter, is that the enormity of his (Park's) persona is there loud and clear. Nancy discovered so many people who held high opinions of David and reports glowingly on these, and they made my heart sing. Not just his loving daughters, but so many people valued David, and he was so worth it."

Nancy Boas will be signing copies of David Park: A Painter's Life

There will also be a signing on March 16th, 5-7 pm
Hackett|Mill, 201 Post Street, Suite 1000, San Francisco, CA
For information and to RSVP email art@hackettmill.com
Books will be available for purchase 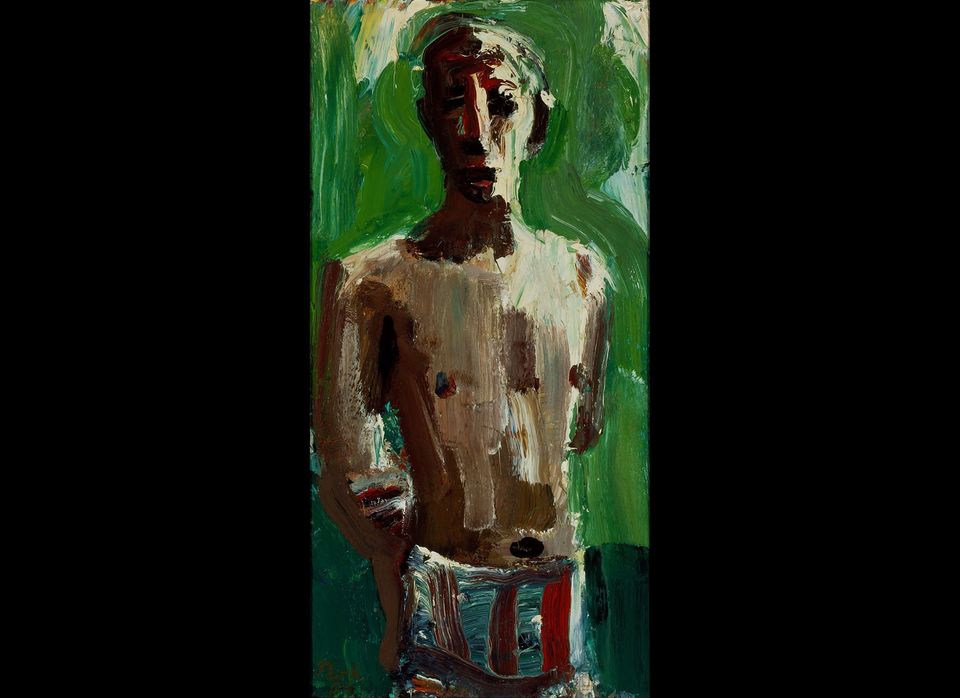