A third person was reportedly shot at because police believed he was suspected cop killer and fugitive Christopher Dorner.

David Perdue was on his way to catch some waves on Thursday morning when, according to his lawyer, a Torrance, Calif. police cruiser "slammed into his pickup and officers opened fire," reports the Los Angeles Times.

The bullets missed Perdue, but his attorney, Robert Sheahen, said his client suffered a concussion and hurt his shoulder, making it temporarily impossible for him to work at his job as a baggage handler at LAX. Perdue's car was also totaled, Sheahen told the Times.

The Torrance Police Department said the incident was a case of mistaken identity. Officers thought Perdue's truck was Dorner's pickup.

The department issued this statement to the Times:

"In the split seconds available to them," the statement continued, "action was appropriate to intervene and stop the actions of the driver of that vehicle."

Sheahen told the Los Angeles Daily News that the officers' actions were "violent and reckless."

The paper notes that "Perdue is a thin white man who looks nothing like Dorner" who is black and heavier set.

"In light of the officer's attempt to kill Mr. Perdue Mr. and Mrs. Perdue would like to know what, if any, disciplinary action the Torrance Police Department intends to take against the officers involved," Sheahen said in a letter sent to the department and obtained by the Daily News. "They would also like to know what the (department) intends to do to make sure that their community is not endangered like this in the future."

The incident is still under investigation, according to the Times.

The shooting is the second case of mistaken identity associated with the search for Dorner.

Also on Thursday, two women were shot at by Los Angeles Police officers because their truck was mistaken for Dorner's. At the time, there was a report that Dorner had been spotted in the neighborhood.

KPCC reported on Sunday that the two women were released from the hospital, according to their attorney.

Dorner's actual truck was discovered "deserted and in flames" on the side of Bear Mountain, Calif. on Thursday, according to ABC News.

Authorities have offered a $1 million reward for information that leads to the arrest of Dorner, a former LAPD cop and Navy reservist accused of killing three people. 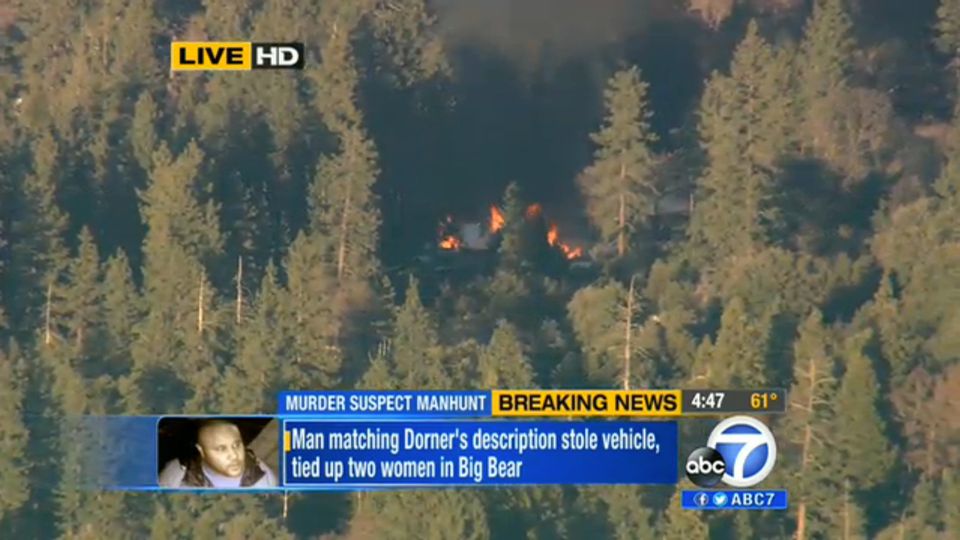