Wednesday could be the day former CIA director David Petraeus joins the long, proud line of our nation's top defenders cashing in on their warrior bona fides for an Abrams tankload of cash.

Petraeus, if reports from Gawker and Bloomberg are correct, could soon go to work for the private equity firm Kohlberg Kravis & Roberts. He and KKR co-founder Henry Kravis are friends, according to Bloomberg, and "talk often."

Petraeus is one of the few former CIA directors and commanders of U.S. Central Command to be a household name, famous for his self-proclaimed ability to temporarily keep Iraq from completely going to hell all at once -- and for his splashy fall from grace involving sexytime with his biographer, Paula Broadwell.

For Petraeus, the upside of joining KKR is obvious: mad stupid loot. But the upside for KKR of taking Petraeus on board might seem less obvious, at first: How could Petraeus's military career have possibly prepared him for the private-equity game of buying and selling companies? You can't just command a corporate board to load up a company with debt in order to pay yourself a fat dividend, sadly.

The one huge thing Petraeus will give KKR is precious access. This man reached the very pinnacle of the defense industry, was once considered seriously as a presidential candidate, and is on speaking terms with legions of very important people, including current and former presidents of the United States. That's more influence than most humans can ever dream of having. And though Petraeus's personal indiscretions might have killed his political career, they won't hurt him with the boys in the boardroom, to whom an affair with a biographer sounds like two or three dreams come true at once.

Petraeus would be just one of many ex-generals and ex-CIA directors -- and ex-secretaries of defense -- to find lucrative jobs in finance or corporate America as soon as possible after they leave public service. This is not your typical, sad government-private sector revolving door, folks: This is a 10-foot-tall, gold-plated revolving door, crafted by Honeywell in black-site government laboratories to create a rift in the space-time continuum, from which metric tons of cash pour ceaselessly.

It is a temptation that has proven irresistible to the likes of:

There is nothing illegal or necessarily wrong with any of this. We can't expect our public servants to live out the rest of their days as paupers. But it represents the cozy relationship between the government and corporate America at its most powerful, giving new meaning to Dwight Eisenhower's warning more than 50 years ago:

"In the councils of government, we must guard against the acquisition of unwarranted influence, whether sought or unsought, by the military-industrial complex," he said. "The potential for the disastrous rise of misplaced power exists, and will persist." 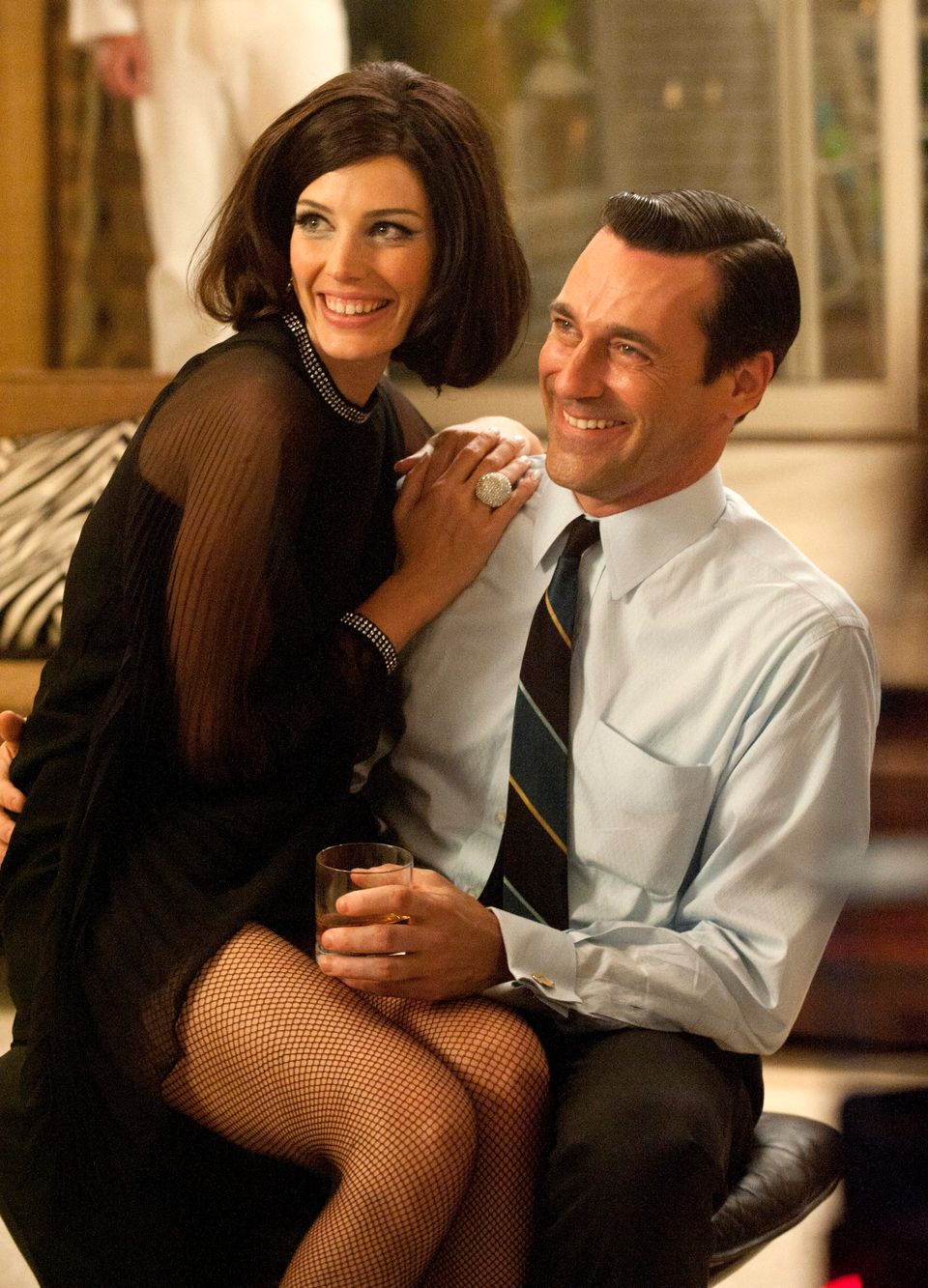 1 / 9
Office Romances Still Happen, A Lot
Anyone who's watched <em>Mad Men</em> knows that there's no shortage of office flings, affairs, hook-ups and marriages. Take Joan and Roger, Pete and Peggy, and of course, Don and Megan, for example. Same goes these days, too. In fact, more than one-third of of <a href="https://www.huffpost.com/entry/valentines-day-office-romance-common-more-third-american-workers_n_1263941" target="_blank">American workers admit to being romantically involved with a co-worker</a>, according to a 2012 survey from Glassdoor.com, and about 10 percent said they've actually had sex while at the office. Harry Crane style!
AP