It took more than a year of construction and $7.5 million, but the Imagination Playground at Burling Slip is here.

The playground's architect and a handful of politicians celebrated the opening of the innovative play space with a press conference and an avalanche of back-patting.

Children were invited to test out the playground, which features an open multi-level space with large sand and water features and an array of toys and tools that aren't tied down.

Architect David Rockwell of the Rockwell Group designed the playground pro-bono with the Parks and Recreation Department and the Lower Manhattan Development Corporation. He said the city's other playgrounds were good, but too similar.

"There must be a different way" Rockwell said.

Rockwell wanted to include toys that could be carried anywhere in the playground and would encourage children to "create their own play experiences."

He also made sure to pause for applause after he named some of the people that helped turn a napkin sketch into a sand-strewn reality.

Silver made sure to point out that, in his day, he and his childhood chums weren't lucky enough to have an Imagination Playground to enjoy.

"This sure beats watching your only baseball roll into the street and into the gutter," Silver said.

Bloomberg said building parks and paying for their upkeep are two separate challenges.

"It's one thing to build them," Bloomberg said. "But we have to find ways to support them."

The Imagination Playground will be maintained through an endowment fund set up and supported by the Rockwell Group and Parks and Recreation. 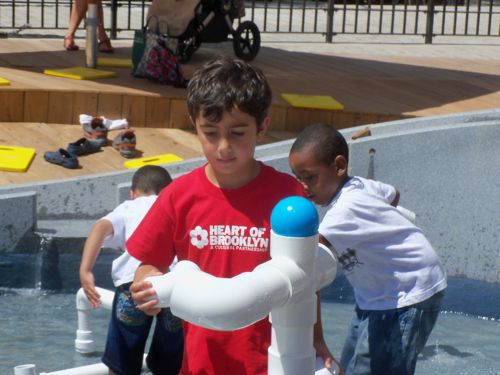 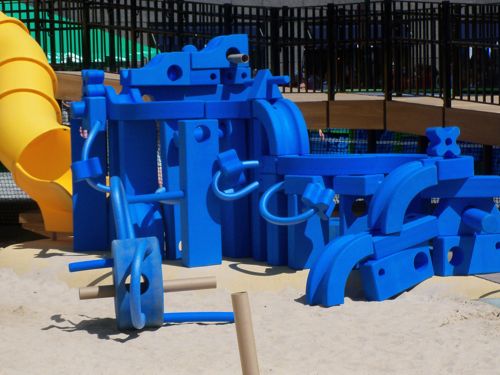 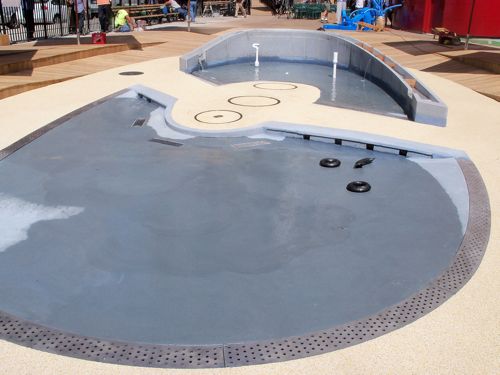 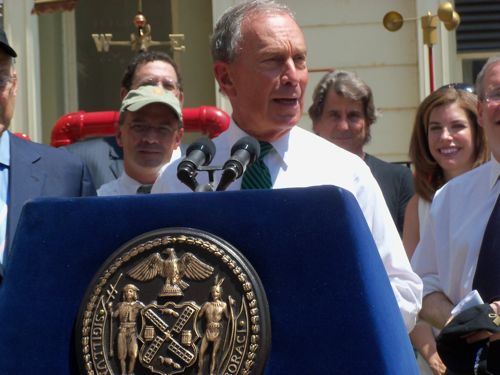