Yammer CEO David Sacks' 40th Birthday party this past weekend -- held in the wake of recent word that Microsoft would purchase the company for $1 billion and which Business Insider reports cost an estimated $1.4 million -- had two defining themes.

The first was "Let Him Eat Cake," a nod to the Marie Antoinette-esque 18th Century costume attire guests wore and Sacks being the eater of said cake as the birthday boy. The second theme might similarly be described as, "Don't let them post about the party on social media" -- them being the partygoers, that is.

As Forbes noted, it's pretty tough to keep a lavish party secret in the age of social media, and not surprisingly, tweets, pictures and blog posts surfaced before the party even started.

"Let's them eat Cake party tonight...we've been told,using social networks is banned!!.#Snoop#FleursDeLys#DavidSacks#18thCentury" Victoria Hervey, a guest who showed up decked out in the costume shown above, tweeted.

Apparently, Sacks was serious about the rule: Sarah Lacy of Pandodaily posted about being disinvited from the party after Sacks learned she'd already written about the party online.

Paul Carr of Pandodaily promptly dubbed her "Marie Ban-toinette" and the pair then posted a video with commentary on the situation that included Lacy's disappointment with Sacks and a showcasing of the costume she'd planned to wear. In the video, Carr also offered the observation that, "The last time I heard somebody say 'I'm pissed at you so you're not coming to my birthday party' was when I was four-years-old." (See the video below)

But it appears Lacy wasn't the only one breaking the rules. Snoop Dogg -- who was the entertainment for the evening -- apparently didn't get the memo, thought he was exempt from the rule, or just plain didn't care, because he's definitely costumed and holding a teacup in this picture he tweeted on June 17.

Sacks seems to have taken Snoop's slip-ups in stride though, as he tweeted back to thank him for his performance.

For more party photos, click through the slideshow below: 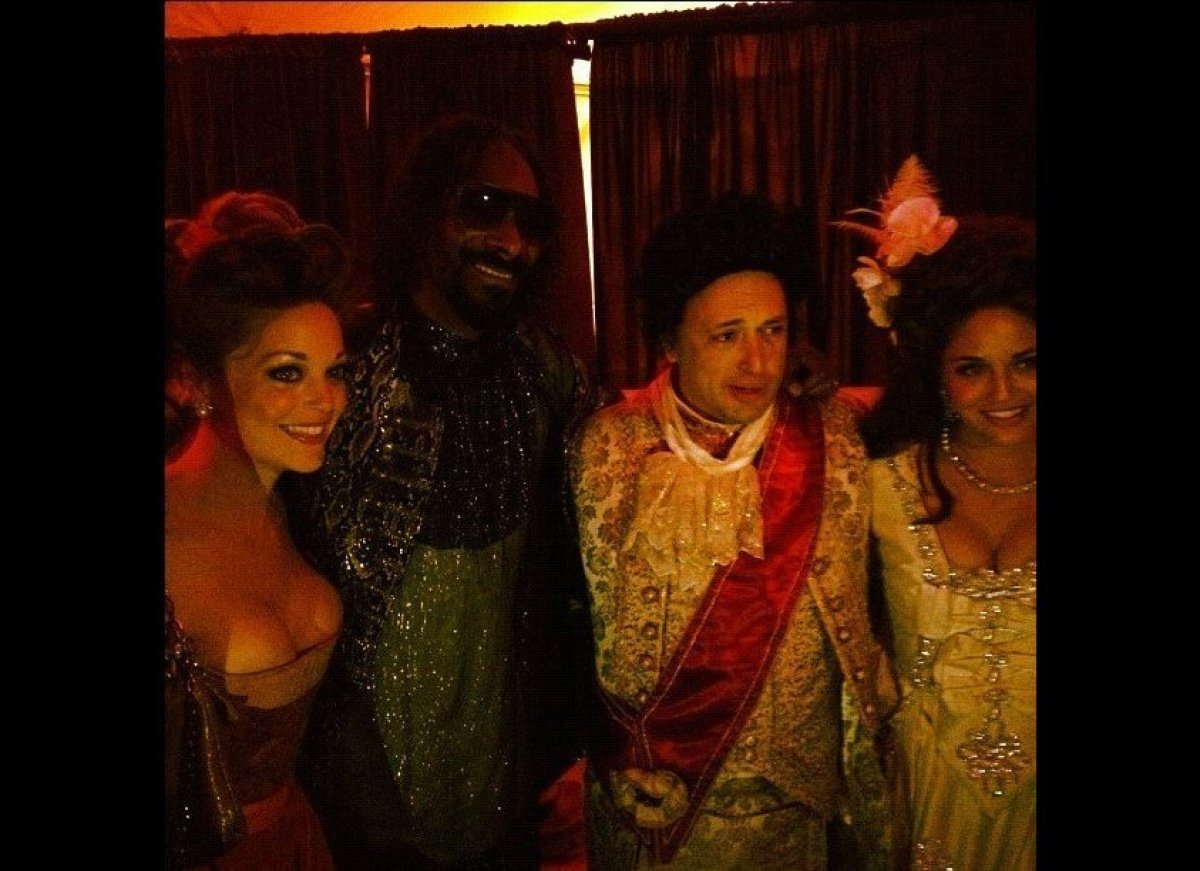