Looking at the schedule of art exhibitions here and abroad, one is tempted to say that all roads today lead not to Rome but to David Smith (1906-1965). Judge for yourself: two exhibitions of his work now in New York, one in Washington, two in L.A., and that in addition to two more exhibitions in Spain and Germany. Though undeniably one of the greatest artists of the 20th century, David Smith is not as widely known to the general public as his art deserves. The large retrospective exhibition of his work that just opened at the Los Angeles County Museum of Art will hopefully remedy this imbalance. 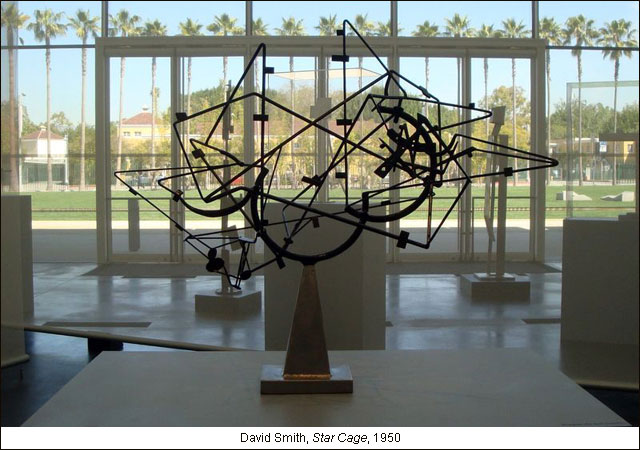 Comprised of more than 100 sculptures, drawings, paintings and photographs, this sprawling exhibition tells the fascinating story of the young man who started as a welder at the Studebaker automobile factory in Indiana and later, in the 1940's, supplemented his meager artist's income as a welder in a New York factory that made army tanks. Such a rough and tumble beginning definitely informed and shaped much of his art, but only to a point. The severe geometry in his works always coexists with a complex, syncopated rhythm that evokes the spirit of American Jazz at its most vital.

A quarter of a century ago, at the National Gallery in Washington, where I encountered David Smith's sculptures for the first time in my life, I was simply entranced by the strangeness and novelty of the experience. His sculptures managed somehow to stand still and dance, all at the same time. And, for me, his works continue to throw delicate and brutal punches whenever and wherever I see his sculptures and drawings. David Smith's exhibition at LACMA, titled Cubes and Anarchy, is beautifully complemented by a smaller but equally riveting exhibition at Margo Leavin Gallery. This exhibition focuses on the wide range of drawings produced through his three-decade career, which abruptly ended in a car accident in 1965 when the artist was only 59 years old. 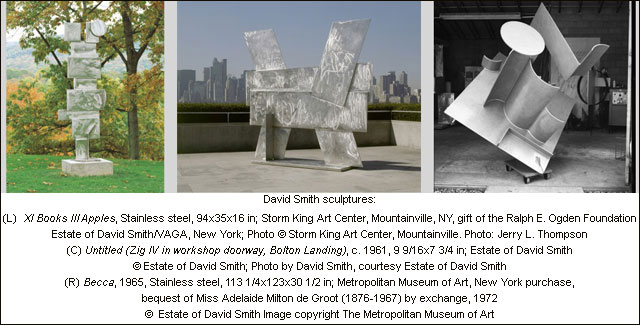 The new exhibition of Los Angeles-based artist Liza Lou at the Venice branch of L&M Gallery demonstrates her ability to deliver artistic punches of the most delicate sort. Each of her works is carefully and meticulously composed of thousands, and sometimes even millions, of tiny glass beads. And each of her works, either small, medium or monumental, whether hanging on a wall, sitting on a pedestal, or sprawling on the floor, requires careful examination. Because each is mind-bogglingly complex and full of surprises. 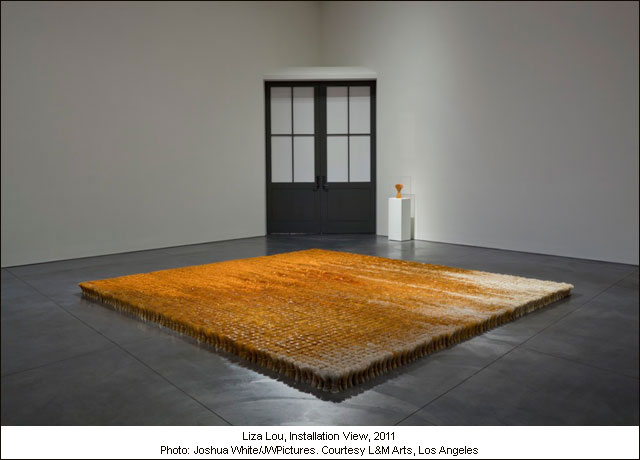 In her earlier, well-received exhibition almost a decade ago at the Santa Monica Museum of Art, Liza Lou famously recreated the interior of a small kitchen where every square inch of surface and every kitchen utensil was covered with beads of all the colors of the rainbow. Now her works are much more subdued and, I would say, much more sophisticated in their artistic references. And I wonder, is it my imagination, or is there indeed a healthy dose of humor in her new art work in the way it sabotages the notion of perfection?