For David Zaitz, a good conceptual photo is all about the idea. David gets inspiration from anywhere and everywhere, taking ordinary situations and making them extraordinary. He carries around a notebook, constantly jotting down moments that could translate into something simple and wild all at once. David says when the picture hits like the punchline of a good joke, he knows it's a photo that's telling a story, and could spark something great for a client's next campaign. 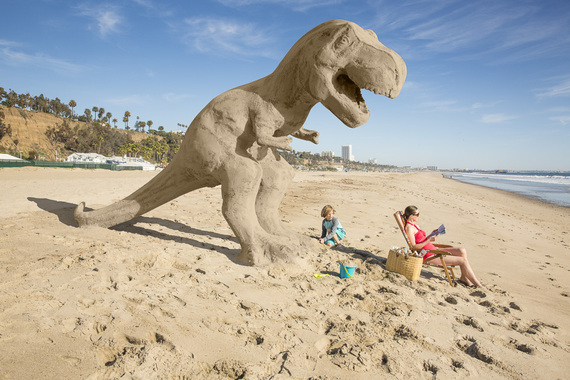 David has been creating conceptual photos for years, and he likes to add fresh images to this portfolio every few months. We decided to pick his brain when he added his latest photo (shown below) to the mix. And we learned some pretty interesting things. Take the dinosaur. David accomplished this image by photographing a 12-inch T-Rex and later compositing it into the background. He won't give up his secrets on how he made the little dinosaur, but at least we know it isn't really 12 feet tall. 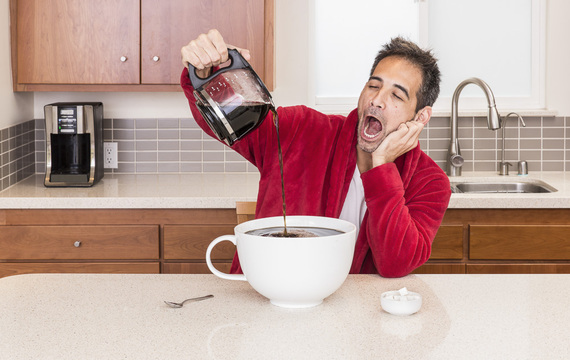 David's coffee picture, inspired by his friend and creator of "Drawn for Life," Leland Douglas, was created using special props. Leland suggested that David interpret one of his drawings, so with a giant mug and a ton of coffee, David brought this to life. 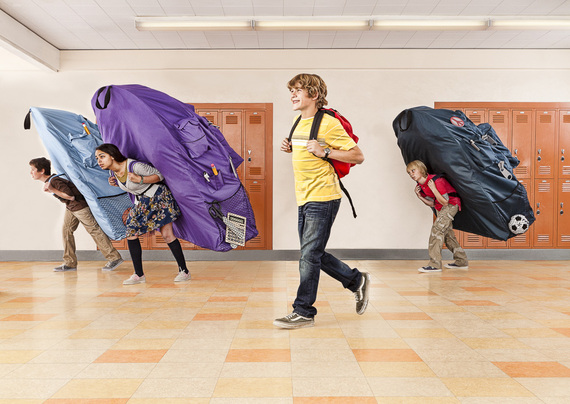 Much to our surprise, David tells us his backpack photo was all practical as well. The huge backpacks were created, zippers and all, by a Los Angeles prop studio, SCPS Unlimited. David and his client, Carnation Breakfast Essentials, felt that even with the best retouching, the images wouldn't feel real without actual backpacks. They also wanted to be sure the talent could capture the true burden of the load, so they brought in these three 20lb bags. 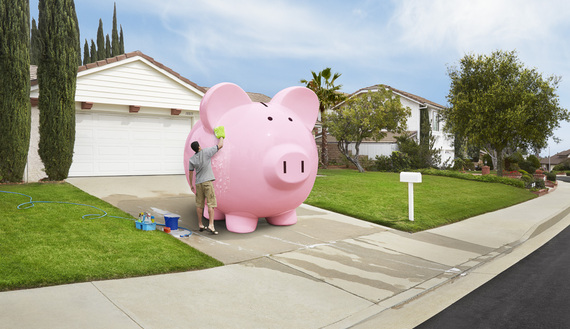 Whether he's using special props or secret tricks, David's photos share one characteristic. In each photo, one aspect, and just one, is off. He says the key to his humor photos is in making them as close to real life as possible, except for that one thing. When there's just one element that's out of place -- the setting, the physics, the size -- we know what the irony of the image is. "Irony, contrast and 'out of place' are all factors in my humor/conceptual work," says David. It's these out-of-place elements that create the humor in the photos.

David is careful in creating his out-of-place elements to embed them into the image so there's still a subtlety to them. Each image has to be simple enough so that it can play out with no words or supporting images, but will still have a few beats of a story. David says he has to be careful to construct the image with the viewer's process in mind. He describes it kind of like a magic trick, with beat one, beat two, and then the reveal.

For me, the key is to have the payoff (or the "joke") be evident on the second or third beat while looking at the image. 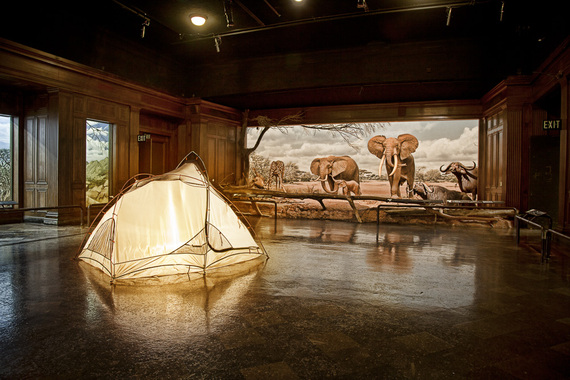 David's ultimate trick for his photos is strong and thorough pre-production. "It's our secret weapon," he says, "by the time I step on set, my producer and I have gone over the shoot a dozen different ways, anticipating any needs and potential challenges." For the photo with the dad lifting the truck, David says they photographed the truck separately from the models and background. They had the truck lifted by a special effects company, then took extensive and careful measurements to make sure the sun and shadows would match exactly from shot to shot. 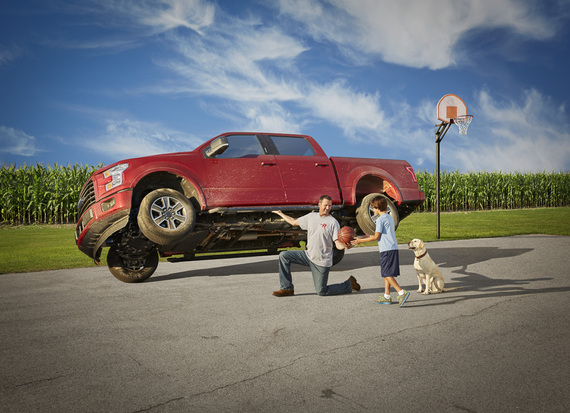 In addition to his conceptual work, David specializes in corporate, fitness, and healthcare photography. In the end, he hopes his conceptual photos give people a kick, or inspire an idea that could lead to an awesome campaign. 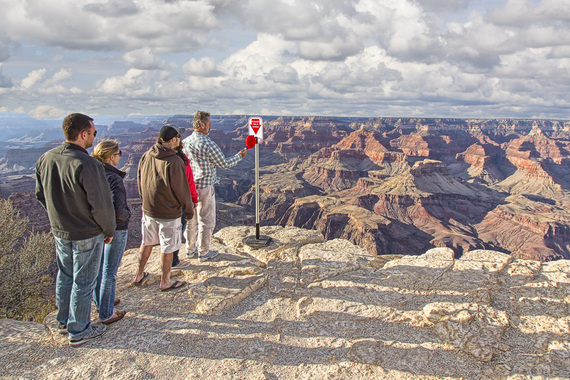