San Francisco Ballet's Program 6, Shostakovich Trilogy, opens Wednesday, April 8 and will run for seven performances through Sunday, April 19. A major hit of the 2014 season, the triptych choreographed by Alexei Ratmansky is set to Dmitri Shostakovich's Symphony No. 9, Chamber Symphony in C minor, and Piano Concerto No. 1. The choreography for the second piece is narrative and reflects on the life of the composer. Previously acclaimed for his characterization of Shostakovich, Principal Dancer Davit Karapetyan will appear in six of seven performances, Rubén Martín Cintas debuts in the role Sunday, April 11 at 2:00.

I saw Davit Karapetyan first in 2006 as Prince Siegfried in the Company's previous production of Swan Lake. It was the final presentation of the program, Lorena Feijóo danced the dual roles of Odette and Odile. Davit was then in his first season with SF Ballet, but this particular role had been in his head and heart since schooldays. His technical proficiency and classic allure were an ideal match for the fiery dynamism of the internationally acclaimed ballerina. The results were golden. The art was spectacular. "I love Swan Lake," said Davit.

"When I was in school, I was always thinking, 'It would be great if they would do a full-length Swan Lake.' But it was a little too soon - the strength, the skills, a lot of things. When I came here, I felt ready. It was such a joy to dance it and Lorena was amazing. I had a great time. Swan Lake is another ballet that requires a lot of acting and with different interpretations to bring-out the character and the story. But for Shostakovich - I had heard a lot of his works, but I didn't know much about his life." 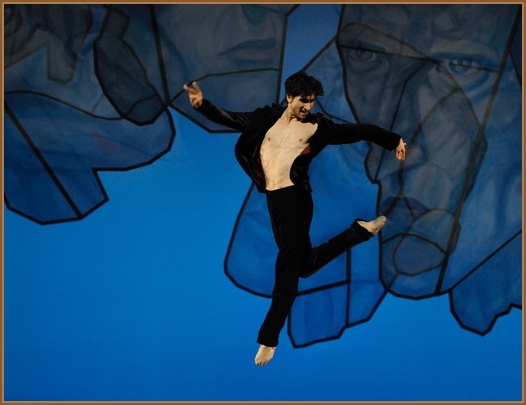 "His life was something that I had to feel deep inside - how he was with his wives, how they left him. Alexei said he was really in love with his first wife. When she passed away he was heartbroken, devastated. The second wife was a little bit lighter, she was younger - but it didn't last long. The third was there when he was sick and left with nothing."

The Chamber Symphony consists of five overlapping movements and stands out as the most biographical of the composer's works. The talking points include his startling musical genius, his troubled career under the watch of the Stalin regime, three complicated marriages, miserable health, his open defiance of Fascism expressed in state-ordered music, and his fear of being forgotten. That's a lot of passion to pack into a piece that runs about twenty-two minutes and includes a death scene. But passionate expression (maybe defiance) is nothing new to Davit Karapetyan. His parents got a strong dose of it when he was six.

"My father was a dancer, my mother and sister were dancers. It was all about dancing. And I didn't want to hear about it! My father started in ballet and went to a company in Armenia. But since Armenian folk dancing was so popular, he changed to folkloric dance. My mom finished at a big folkloric dance school and then joined a company there. I was always fascinated when watching ballet, but I didn't want to learn it. When I was six, my parents wanted me to go to the ballet school. I said I hated it and was not going to do it. 'I am going to do everything opposite of what they tell me so they don't pick me!' I did exactly what I wanted and did not get picked for the ballet school. If you go in when your six, then you join the ballet. But there is a folkloric section in the same school which starts when you're twelve. So, I went into the martial arts, swimming, and a lot of sports. I was a competitive person, but more with just myself. I wanted to be best at whatever I was doing - and then I would try something else. I think I might have continued with gymnastics if my trainer had not moved to Los Angeles. I was seven and said, 'I don't want any other coach!' - and stopped. Then I tried taekwando. I loved it and got so into it." 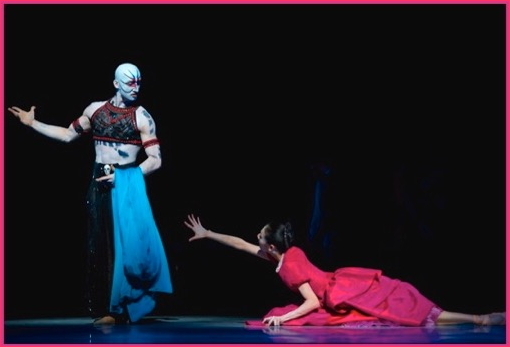 "When I was twelve, my parents tried again - 'Let's go back to the school, but for the folkloric part.' So - why not. The ballet school is like a college. It was basically Russian training - it was the Soviet time and my teachers had all learned in Moscow or St. Petersburg. I started in folkloric dance but, at the same time, I'm doing taekwando. After the second year, I saw a ballet class where the guys were doing all these jumps. I stood in the doorway with my mouth open. I went home and said I wanted to do ballet. 'We took you and you didn't like it, it's too late, just stick with the folkloric dance.' No! I want to try!"

Two years later, Davit was on his way to St. Petersburg to enter a competition. He had prepared excerpts from Giselle and Don Quixote. Despite his determination, he soon realized he was out of his league. Those lost years of early training were evident in the first round.

"I didn't pass the competition, but I gained a lot of knowledge. The guys were just in a different place. Coming back home, I had a whole other mentality about how to work - how to keep myself, how to partner a girl, how to talk to people. How to be a dancer."

By sixteen - having put his black belt in taekwando aside - Davit was on his way to Switzerland, to the Schweizerische Ballettberufsschule (the Tanz Akademie Zürich). By submitting an audition tape, the school had offered him the Rudolf Nureyev Scholarship.

"My parents didn't want me to go. I didn't fully understand, but looking back, there are a lot of things that could have gone wrong. When you're by yourself, anything can happen. I promised it was not going to be a waste, I wasn't going just for fun. 'I'm going to learn what I need to learn to become one of the best dancers, to do the roles I've dreamt about, to dance in one of the best companies.'" 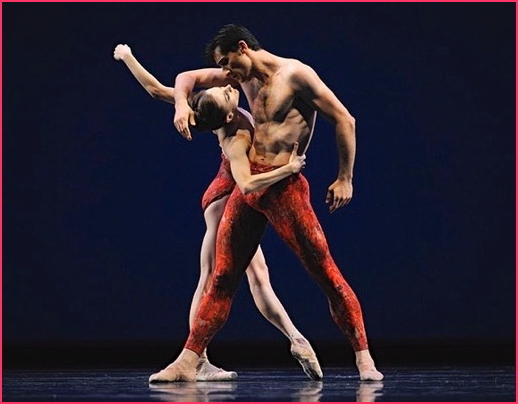 Since joining San Francisco Ballet, Davit has danced all the leading roles in the major story ballets and a vast number of modern works by choreographers including Helgi Tomasson, Val Caniparoli, William Forsythe, Mark Morris, José Carlos Martínez, Alexei Ratmansky, Antony Tudor, and Yuri Possokhov. I asked Davit about his favorite ballet, a role he would like another shot at - perhaps one he might miss repeating because of timing and schedules.

"Everything I do, I would want to do again. Every time you dance you learn so much. You live differently, every performance. Each time, you will find a different way of pursuing the movements and feel comfortable and confident. First performances are about doing the choreography - like being on the count. A lot of times - we don't have a lot of time. But by the second and third performance your emotions are different, you are more confident. That will translate to the audience. My favorite ballet? Everything I do becomes my favorite ballet. It has to be. It is my job to dance, yes - but I'm dancing because I want the audience to understand what I'm doing. It's either a physical or emotional piece. I want them to like what I am doing. But, fifteen years ago? OK - I would have said, 'Don Quixote is my favorite, Giselle is my favorite' - the classics that I was so fascinated with. But right now, whatever I dance, becomes my favorite ballet."

Then that includes the final offering of the season opening May 1, Helgi Tomasson's Romeo and Juliet and the music of Sergei Prokofiev. And another romantic partnering with his spouse since 2011, Principal Dancer Vanessa Zahorian. 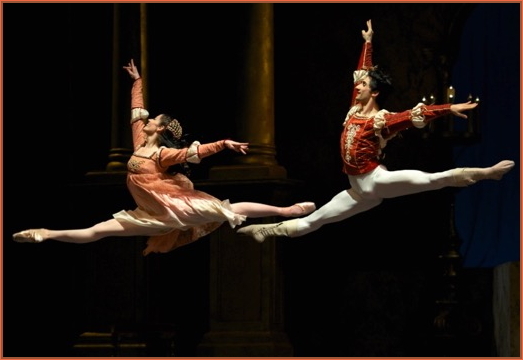