As a Jon Snow (Kit Harington) hype man on “Game of Thrones,” Davos (Liam Cunningham) has brought some lighthearted moments to an otherwise tense season in a series that’s growing darker with each passing day of winter.

Notably, he introduces Jon to Daenerys Targaryen (Emilia Clarke) ― the Mother of Dragons, Breaker of Chains, etcetera, etcetera ― as, you know, plain old Jon. Or maybe King Jon? No, that doesn’t sound right. Davos tries breaking the ice with Missandei (Nathalie Emmanuel), but even her time with Tyrion (Peter Dinklage) hasn’t accustomed her to being addressed so casually. And later, as the army of the dead are marching, he teases Jon about a crush.

“Davos sees Jon getting smitten with Daenerys ― and even himself, a little bit, with Missandei,” Cunningham told HuffPost. “He’s a little bit looser.” Somehow, Davos has come out of a series of tragedies ― the death of his sons, the leader he admired and a nearly surrogate daughter ― with his dad humor still intact.

HuffPost spoke with Cunningham on Davos’ moments of comic relief, what his character was really worried about during the finale’s dragon pit sequence, and that Westerosi Viagra substitute.

Generally, does it seem to you like Davos has been loosening up around Jon Snow, compared to Stannis, who was so serious?

Yeah, yeah. Stannis was such a straight, no-nonsense type of character. But Davos is with a much younger man who kind of does his best not to take himself too seriously, and kind of doesn’t like the reigns of power but has greatness thrust upon him. And Jon being a young man, even though we’ve got the Night King coming, even though you’ve got Cersei and Daenerys and all sorts of trouble in Westeros, there’s still room for irony and sarcasm. He’s moving the shoulders around a bit more. It’s pretty cool. He needed a little bit of light relief after what happened with Shireen and finding out who did it and having his heart broken. All that character stuff I just genuinely love ― it’s fantastic.

Davos is one of the series’ most beloved characters, but his backstory has become pretty sad. Do you think he has fatherly feelings toward Jon? Will we be seeing him give some relationship advice to Jon about Dany?

Well, not too sure ― don’t think we’ve seen too much of Davos’ relationships. But he’s a great lateral thinker. He’ll take an objective view of things, on life in general. He has the wisdom of years.

And we do have to remember his [father-figure] relationship with Shireen, and his instant like of Lyanna Mormont, and even to an extent with Missandei. That lovely girl puts a smile on his face. I think it’s a beautiful little human story within this huge, huge political drama.

What was it like coming together with all those main actors, finally in one space?

Well, the remarkable thing is, you have to remember, the only time we normally meet is on red carpets. So, it’s extraordinary that we were all in costume on this platform in this building where, to the best of my knowledge, it’s a Roman coliseum’s ruins we were in. As far as I know, it’s the second-biggest coliseum that the Romans built after the one in Rome. So to be there ― and to be aware of the amount of, you know, death that happened in that building ― these fantastic writers are putting us together, not only in this ruined arena, but on a platform, on a stage.

Somebody was saying that 15 of the lead characters ― you can count them yourself ― were there on the stage, and we were all kind of looking at each other. And especially with this scene, which took a heck of a long time to shoot. You have to remember, I mean, that was like half an hour long from the time you see us walking to the end of that scene, where I think Tyrion walks off ― that was half an hour. Incredible to hold that level of interest. I mean, that’s down to the magnificent writing and the fantastic characters that George [R.R. Martin] and David [Benioff] and Dan [Weiss] have drawn for us very, very lucky actors.

And the scene just flew by. So in that dragon pit, who is Davos most concerned with there?

The one thing you can say about Davos is his loyalty is unquestionable. So obviously his loyalty in that place is with Jon Snow. However, when Jon did turn around and say to Cersei, “Sorry, I can’t bend the knee. I’ve already bent the knee to the blonde on your right hand there.” I mean, even Davos says, “I wish you hadn’t said that.”

But it’s exactly what Davos would have said. He wasn’t saying, “You shouldn’t have said that.” He was saying, “I wish you didn’t.” But he knows Jon ― it was more of a joke than anything else. And I love that about the writing. Even though it looks disloyal, he’s anything but disloyal. So that’s where his loyalties lie. But you know what, Davos is loyal to doing the right thing and not taking advantage of people, and Jon is exactly like that. Davos, after his loss of Stannis, at Dragonstone, he’s home with people he respects and adores.

How will Davos react when he finds out he’s been supporting the rightful heir to the Iron Throne without even knowing it?

Well, it’s going to be a surprise to everybody! Apart from Bran, and maybe Gilly. I love the way they put that in. They kind of just dropped it and walked away ― they pulled the pin on a grenade and they just walked away from it. It’s very clever writing. But what’s going to be interesting is when he does find out, is Daenerys going to be in the room with him? Because then we’re opening up a whole nest of vipers and when she finds out, not only has she been kind of usurped in what she’s entitled to, she’s got to be second in line for the throne after Jon Snow. Not only that, she’s going to find out she’s fallen in love with her nephew. So we’ve got a couple of raised-viper moments coming. It’s going to be interesting who’s going to be in the room when the information gets out.

Yeah. I mean, the Targaryens are known for marrying close relations, so maybe it won’t be a big deal ...?

[Laughs] Is cousin OK? Is nephew and aunt ― is that acceptable?

In Westeros, I don’t know. [Laughs] Not to the general public.

What was the best Davos moment of the season?

One of the things I did like was the fermented crab Viagra thing. I kind of liked that moment because it was a throwback to what he used to do before he got involved with royalty. It was him doing what he was pretty good at, which was the whole smuggling thing. And I like that kind of run-around where he was energized and those lovely moments that you do for the audience. The stuff that puts the smiles on peoples’ faces. I really like that. And I love that he gets to show a little bit of a sense of humor this year, as well. Things haven’t come to a head yet, obviously we’re planning for the arrival of the Night King and all that, but it’s kind of the lull before the storm, if you know what I mean. So it was a chance to show a more relaxed kind of Davos, and that was kind of cool. 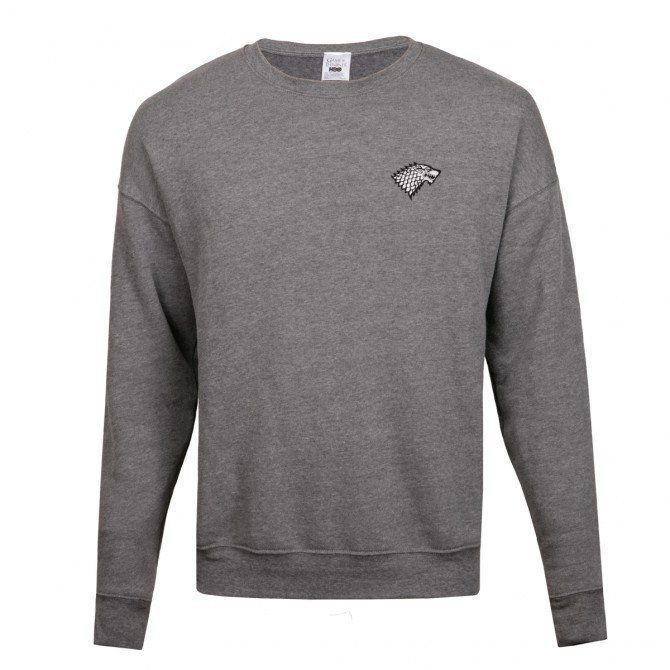