SINGAPORE -- As the global elite descends on chilly Davos, 2016 promises to be a volatile year in markets, no matter what climate you've left behind.

The combination of this year's main macroeconomic megatrends -- rising U.S. interest rates, slowing Chinese growth, structurally low commodities prices -- have prompted many to argue that while the U.S. is nearing escape velocity from the post-financial crisis doldrums, this triple whammy will bring emerging markets to their knees. Who will drive global growth and investment in the coming year and beyond?

Simultaneously, China's growth rate forecasts have dropped from the 8-10 percent steadily delivered over the past few decades to a more modest 5-7 percent -- just as it has become the top trade partner of more than 100 countries -- meaning more exporters depending on China just as its imports are declining. This has been particularly painful for commodities powers like Brazil, Saudi Arabia and Russia, some of which are weathering recession and downgrades and must now repatriate overseas sovereign investment to balance their budgets and boost welfare spending to keep their populations afloat. 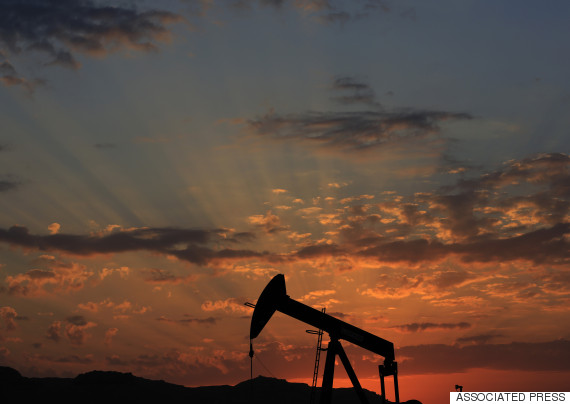 The sun sets behind an oil pump in the desert oil fields of Sakhir, Bahrain, in Dec. 2015. (AP Photo/Hasan Jamali)

It is a sign of how integrated and complex the global economy has become that the funds withdrawn, in particular by Middle Eastern oil exporters (an estimated $50 billion during second and third quarters of 2015), signal a dangerous trough for many Western asset managers as well who can no longer rely on easy recycled money from once-hot markets.

But these rapid swings in global flows that are a sign of volatility are also a source of resilience -- and even provide a roadmap for the next wave of growth.

The U.S. has returned to a pattern of consumption-driven growth at a rate of 2 percent in the third quarter of 2015 -- but it is no longer the world's consumer of last resort.

Indeed, despite the triple whammy, the most recent forecasts from Harvard's Atlas of Economic Complexity suggest that almost all of the top 25 fastest growing countries between 2015 and 2024 are either in Asia or Africa, with rising giant India in the lead at a projected 7 percent annual growth. After decades of lagging behind, India is finally committing over $100 billion to major infrastructure projects, undertaking significant regulatory reforms and tripling the volumes of foreign direct investment it attracts (surpassing China in 2015), with further projected FDI growing almost another 50 percent in 2016 alone. Major industrial conglomerates are finally ramping up domestic investment as well. 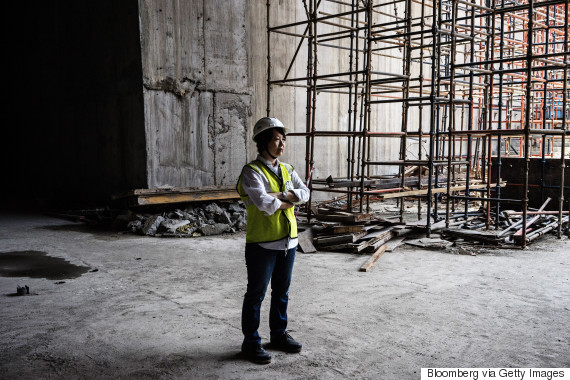 Reiko Abe, president of Oriental Consultants India Pvt., at the construction site of a metro station in Bengaluru, India, in May 2015. (Sanjit Das/Bloomberg via Getty Images)

For its part, China's recent exchange rate reset, while angering politicians in Washington, will certainly serve to buttress its export competitiveness. China still has plenty of tools at its disposal to maintain steady, if lower growth. Furthermore, world trade has become far more distributed, with the new "Silk Roads" across the greater Indian Ocean region from China to Africa delivering almost all global trade growth of the past decade. New institutions -- from the Asian Infrastructure Investment Bank to the New Development Bank (formerly known as the BRICS Bank) and the Silk Road Fund -- will make fresh investments that further unlock the economic potential of this zone, which comprises three-fifths of the world population. Recent analysis by UBS suggests that demographic and urbanization trends should put the greater Indian Ocean region much more in the eye of global investors, from real estate to retail and beyond.

Remember that many highly populous countries, from Kenya to Pakistan and Indonesia, actually benefit from lower commodities prices that allow them to reduce import costs and cut subsidies and instead invest in infrastructure and services. And as trade agreements such as Trans-Pacific Partnership and Regional Comprehensive Economic Partnership, a proposed Asian regional trade agreement, advance, "new tiger" economies like Vietnam and the Philippines are attracting sizable new FDI inflows and delivering surging exports from smoother multi-directional trade.

The principal tool of U.S. economic leverage, the dollar, will actually reinforce this phenomenon. In the short term, rising U.S. rates have caused a flight to safety. But at the same time, a stronger dollar and weaker emerging market currencies make foreign investment more attractive, meaning an expansion of outsourcing of factories and production in regions like Southeast Asia, which is capitalizing on its youthful demographics and lower wages to capture supply chains from China. Indeed, since 2014, the Association of Southeast Asian Nations as a whole receives more annual FDI than China. Making goods more cheaply in these markets is also the best way for multinationals to price them competitively enough to capture market share in regions so crucial to Western corporations' bottom lines. 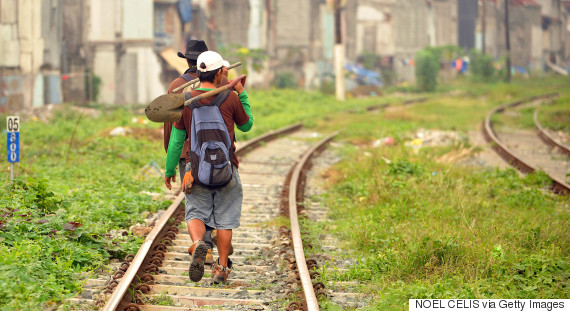 Global financial flows are also chasing these fundamentals. Today's volatility forces us to focus on short-term challenges, but major institutional investors like Western pension funds continue to increase their exposure to emerging and even frontier markets. This is a wise long-term play: There is no denying the secular robustness of key sectors like technology, healthcare and consumer goods in emerging markets.

Global asset managers searching for yield can offset the current belt-tightening and provide essential credit for capital intensive sectors like construction, utilities and manufacturing. Debt markets are also much better equipped to maintain liquidity than during the crises of the 1990s, meaning crucial areas of lending -- housing and mortgages, small and medium enterprises, productivity-related investments -- shouldn't get squeezed out. This time around, markets should be more refined than to throw the baby out with the bathwater.

New investment opportunities will present themselves in the year ahead. Unlike previous bouts of fiscal strain, emerging markets today are far less ideologically opposed to privatization. From Saudi Arabia's crown jewel Aramco to Vietnam's airlines, large-scale privatization programs have been announced in just the past few months, with governments selling off sizable stakes in national champions to raise revenue and balance budgets.

What used to be competitive devaluations to stoke exports have become organic devaluations to buttress spending power. Expect governments to loosen their currency pegs to the U.S. dollar to gain a bit more wiggle room, offering investors attractive rates along the way. This is not only a great buying opportunity for investors ranging from pensions to private equity, but frees up the capital governments need to keep investment-led growth on track. 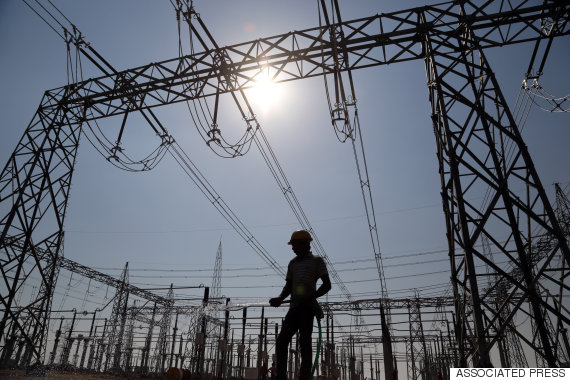 A worker at a coal-fired power plant, partially financed by the Japan Bank for International Cooperation, in Kudgi, India. (AP Photo/Aijaz Rahi)

Only by investing in urban job creation can growth ultimately be better balanced between exports and services. From China to Singapore to Dubai, it is clear that upgrading infrastructure and improving capacity -- supply leading demand -- is a crucial strategy in rapidly urbanizing societies. If everyone plays their cards right, we can get finally achieve the synchronized global growth hoped for since the financial crisis.

And yet, managing the world economy is no longer a poker game; it is more a team sport like sailing, where up to a dozen yachtsmen -- in this case, central banks and finance ministries -- have a division of labor on the same boat. The normalization of U.S. monetary policy nearly a decade on from the crisis brings with it choppier seas than witnessed in recent years, but financial markets should serve as the wind at policymakers' back rather than capsizing the boat.

Author, “Technocracy in America: Rise of the Info-State"