"Just cannot believe a judge would put our country in such peril. If something happens blame him and court system. People pouring in. Bad!"

Thus, in typical thin-skin, knee-jerk Twitter-ese, President Trump issues a Don Corleone "and that day may never come" warning in the wake of a court-ruling stalling his seven-country travel ban.

Nothing makes people more willing to give up their rights than an emergency. And nothing primes the pump better for an emergency decree than a worst-case-scenario actually happening.

Adolf Hitler didn't take over Germany by force--he was elected chancellor, not dictator, in 1932 and sworn in on January 30, 1933. He promised change, jobs for the working class and most importantly plenty of scapegoats to blame for losing WWI and the nation's terrible economy. A 24-year-old out-of-work bricklayer provided Hitler his "sign from God." 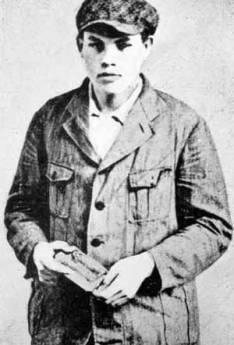 Hitler hadn't been in office for a month when the Reichstag was set fire, the guilty party a newly arrived Dutch immigrant and communist Marinus van der Lubbe who was arrested inside the burning building. 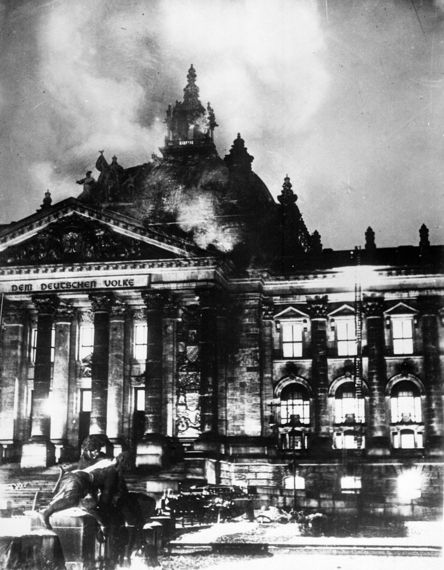 The next day, the aged President Hindenburg gave Hitler his "Reichstag Fire Decree" which suspended rights until Hitler shot himself 12 years later, including:

Despite claiming that he acted alone, thousands of communists were arrested and communist members of the government were not permitted to vote. One month later, the Enabling Act was passed, permitting Hitler to rule by decree and five years later Poland was invaded and WWII began.

It was never disproven that the guillotined van der Lubbe wasn't the guilty party. Hermann Goering even allegedly claimed that he had set it, after all. And perhaps it was just a stroke of luck for the Nazis. But Hitler needed a country ready to already be living in fear, anger and finger-pointing. It's easy if you don't have to spend time supplying facts such as crowd-size, actual murder rates, people "pouring in" and the ambiguous identities of millions of illegal aliens who obtained voter registration cards much easier than most fifth generation Americans in southern states.

Fear is a powerful motivator. Realized fear can be cataclysmic.