The field work has been completed and in his final email from this journey, Captain Moore shares his thoughts with us.

Thank you Captain Moore and crew for these reports and safe travels home! 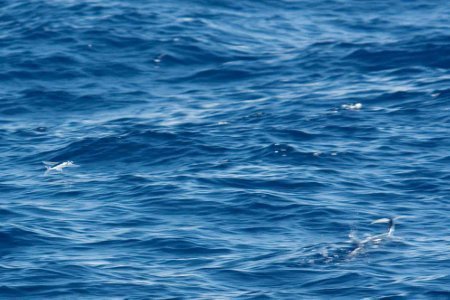 Onboard Oceanographic Research Vessel Alguita, the field work has come to an end and we are now just 150 miles from Honolulu.

The observations we have made of the plastic soup in the North Pacific Subtropical Gyre are fixed in our memories and the hard work of sample analysis will soon begin in our lab.

On this 6,500 mile survey, we collected surface trawls, underwater trawls, fish gut contents, fish tissue and over 300 larger objects netted from deck level by the crew.

In a year or so, we will be ready to publish our findings in a scientific journal in order to share the disturbing news that when we measure the qualities of ocean water, in addition to salinity and dissolved oxygen, we now need to stipulate the quantity of plastic it contains, since none of our samples have been plastic free.

This insidious invasion of the biosphere by our plastic waste is in some ways more alarming for us humans than global warming. Our bodies have evolved to handle carbon dioxide, the nemesis of global warming, indeed, we exhale it with every breath.

Plastic, though present in the biosphere from the nano scale on up, is too stable a molecule for any organism to fully assimilate or biodegrade. So we have a situation in which a vector for a suite of devastating chemicals, chemicals implicated in many modern diseases, is now invading the ocean, our bodies and indeed, the entire biosphere.

The prognosis for improvement in this situation is grim. Globalization is speeding the dissemination of the consumer culture and the throw away lifestyle. Because plastic is a moisture and vapor barrier, as well as an insulator and tough outer wrapper, it allows products made on the other side of the world to arrive at distant markets in pristine condition, only to become fast-track trash the moment the product is opened.

Virtually none of this packaging is recovered for reuse or recycling in much of the world. It seems clear to me that the problem of the plastic plague will not be solved within the current economic and political paradigm. Try to imagine what it would be like to have fewer and better products, which are so valued and cared for that each and every one is placed where it really belongs at the end of its useful life, a useful life that is extended, rather than shortened by innovation.

A place for everything and everything in its place might be the motto of a zero waste world. The driver for this change will have to be people that have come to see that they are happier when they have learned to do with less, simply because it leaves more time for their individual fulfillment, for themselves.

The trajectory of modern industrial civilization is towards an ever more unsustainable outcome. In order to drive sales growth, products are designed to fail and have to be replaced with the new and improved model. This is known as planned obsolescence. Advertising urges us to "keep up with the Joneses." This is known as conspicuous consumption, consuming as a competitive sport, the one who dies with the most toys wins. Both these trends spell less free time for the individual and more waste littering the planet.

"Less is More" is truly change I can believe in.