Parading human skulls in the streets might sound like something out of a horror flick, but for many Bolivians it's simply tradition.

While in pre-Colombian times the indigenous Andean people maintained a tradition of spending a day with the bones of their relatives 3 years after their deaths, today, the celebration merely involves their skulls.

The event, centered in the Bolivian capital of La Paz, brings out thousands bearing the skulls of family and friends. As you can see in the slideshow below, the bones are adorned with everything from flowers to cigarettes.

BuzzFeed provides a little context on the holiday celebrations:

Some Bolivians believe a person has seven souls and one of them remains in the skeleton after they’ve been buried. Once the other souls have left for heaven, the remains are dug up and the skull is taken home and cared for. Once a year, the skulls are taken out and shown a good time.

Check out some entirely creepy shots of the traditional below.

Day Of The Skulls 2011: Traditional Bolivian Ritual Thanks The Dead (PHOTOS) 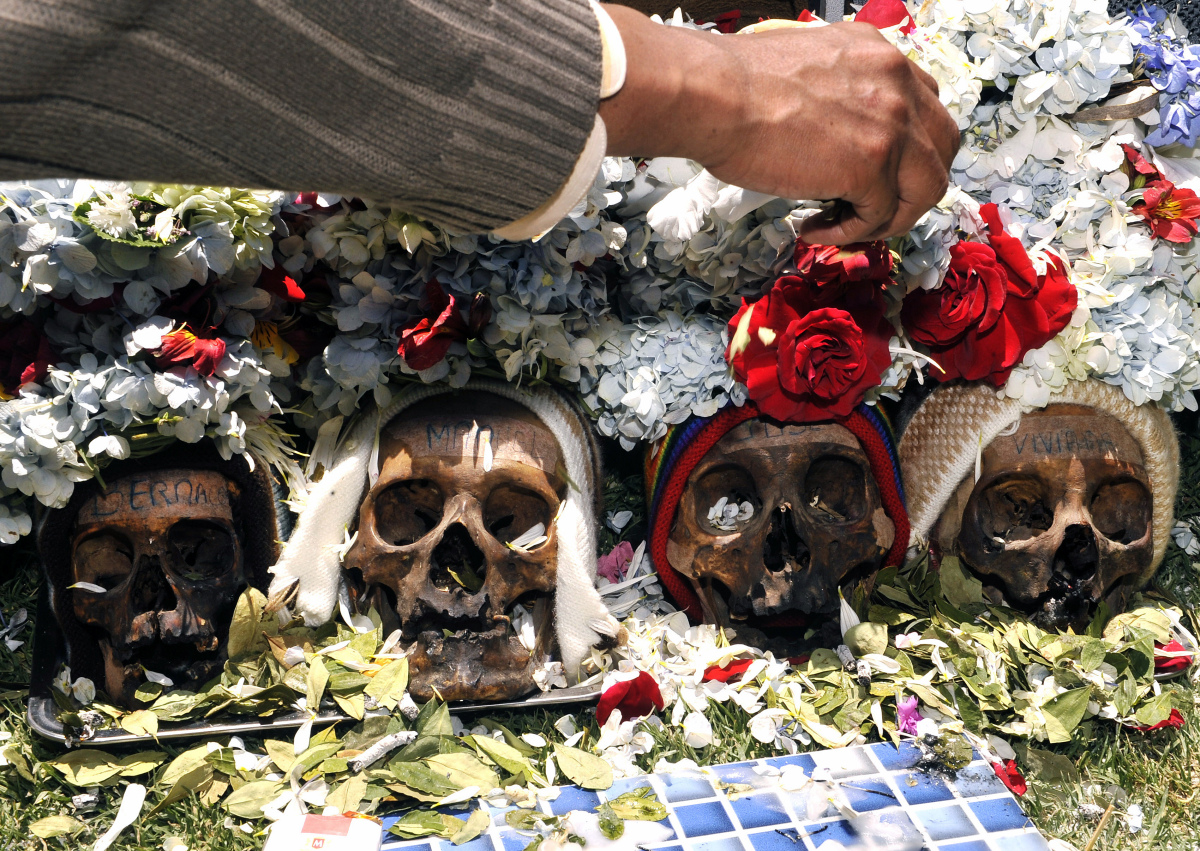 1 / 10
Day Of The Skulls 2011
A man places flowers on 'ñatitas' (snub nose -an affectionate nickname for human skulls), on November 8, 2011 at the general cemetery in La Paz. According to a traditional pre-Columbian Andean ritual, thousands Bolivians celebrate the 'Day of the -atitas' or 'time of the death', offering food, alcoholic beverages and cigarrettes to the skulls of relatives or unidentified people, to thank the dead for guarding the homes and possessions of the living. AFP PHOTO/Aizar RALDES/Getty Images