One of the greatest acts of resistance is to live visibly and openly -- even in the face of massive cultural stigma.

Earlier this year, HuffPost Gay Voices published a piece encouraging readers to submit a photo from their lives at some point during the day on Sept. 9 in order to raise awareness about what it means to live in a world with HIV. Called "A Day With HIV" and sponsored by Positively Aware and TPAN, this photo campaign invited people from all around the world to share with their public their own story of what it means to be affected by HIV.

Now, in honor of World AIDS Day, we're sharing some of the photos that were sent in to the campaign.

“I was confirmed positive just one week ago,” Jason Daisey shares in his Day With HIV 2014 photo. “It was a scary week, but I won’t let it change my life for the worse. My center and balance point is being in the barn with my horses. I’m a professional guy, the kind that no one ever would think would get diagnosed with HIV. Now’s my time to use my uniqueness to educate other gay men about how real this really is.”

Check out the photos from "A Day With HIV 2014" below or head here to view the gallery in full.

PHOTO GALLERY
A Day with HIV 2014
Download
Calling all HuffPost superfans!
Sign up for membership to become a founding member and help shape HuffPost's next chapter
Join HuffPost 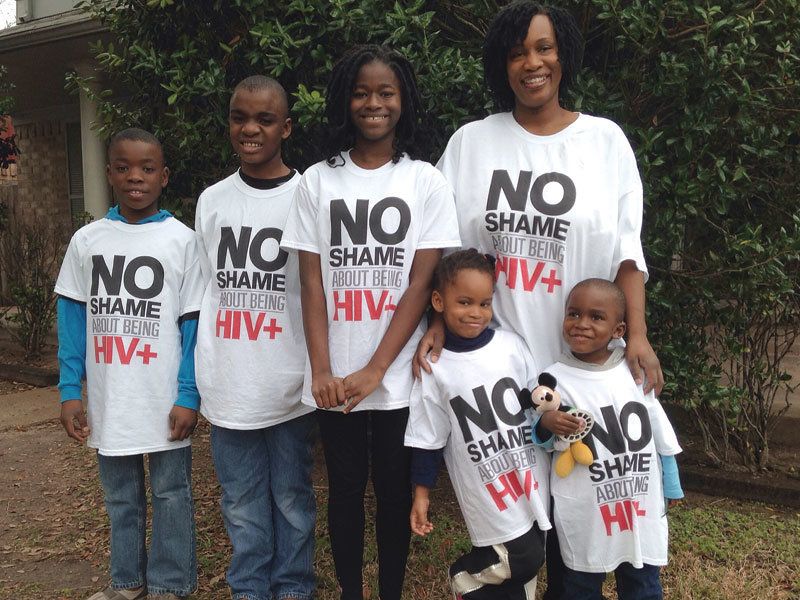 1 / 15
9:30 AM: TEXAS
<strong>Morénike Giwa Onaiwu:</strong> The course of my life changed forever when my family became affected by HIV in 2007. Rather than disclosing specifically who is positive in our family, we have chosen to identify as an HIV-affected family. We feel that it doesn’t matter if we publicly state exactly which one(s) of us are HIV-positive or HIV-negative because we’re all in this together.
Morénike Giwa Onaiwu